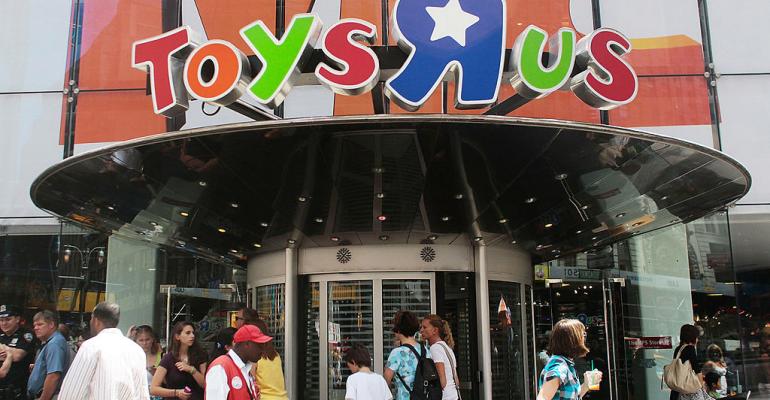 The restructuring experts are focused on the $400 million in debt that comes due next year.

(Bloomberg)—Toys “R” Us Inc. has tapped lawyers at Kirkland & Ellis to help restructure its heavy debt load, said people familiar with the matter, the latest sign of trouble for a once-mighty retailer that has struggled to fend off Amazon.com Inc. and the discount chains.

The law firm’s restructuring experts are focused on the $400 million in debt that comes due next year, according to the people, who asked not to be identified because the deliberations are private. Toys “R” Us also has retained Lazard Ltd. to help with debt refinancing, the people said.

A restructuring would help Toys “R” Us get its house in order ahead of the all-important holiday season, when the company has its biggest sales surge. The chain has previously said that it’s evaluating a range of options for its 2018 debt load, including the possibility of lining up more financing.

Amy von Walter, a spokeswoman for the Wayne, New Jersey-based company, said it would provide more details during its second-quarter conference call later this month. The company has “many initiatives underway to provide an outstanding customer experience in our global retail locations and web store during the holiday season,” she said in an email.

CNBC previously reported on the restructuring efforts, saying that one possible outcome of the deliberations could be bankruptcy. The report rippled through the toy industry and pushed down shares of Mattel Inc. and Hasbro Inc.

Toys “R” Us’s private equity owners -- Bain Capital, KKR & Co. and Vornado Realty Trust -- loaded up the retailer with debt in a $7.5 billion buyout more than a decade ago.

Representatives for Bain, KKR and Vornado didn’t immediately respond to requests for comment.

Last year, the chain extended maturities on some of its borrowings, giving it more time to execute a turnaround plan by Chief Executive Officer Dave Brandon. As part of his comeback bid, he’s looking to spruce up stores with more toy demonstrations and other experiences -- seeking an edge on online sites such as Amazon.

But it’s been a struggle for the chain. Last Christmas brought disappointing results: Same-store sales dropped 2.5 percent during the final nine weeks of last year, hurt by sluggish demand and deep discounts.