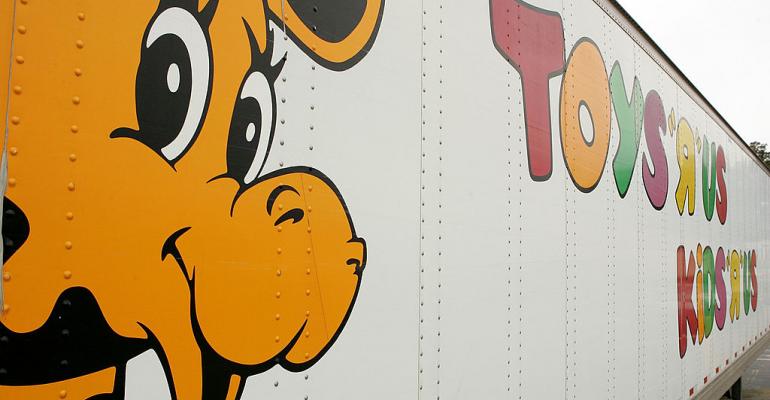 Toys `R' Us Is Shuttering Stores, and Few Will Want to Fill Them

Toys “R” Us has stores in all types of shopping properties -- from standalone locations to community strip centers to large regional malls.

(Bloomberg)—The collapse of Toys “R” Us Inc. is yet another blow for landlords, who now will have gaping holes of suburban retail space up for grabs. And few tenants would want them.

The debt-laden toy chain, with more than 700 stores across the U.S., became one of the largest victims of the retail decline when it announced on Thursday that it would go out of business after a failed rescue effort. The liquidation could dump millions of square feet of real estate onto a market that’s already bloated with vacancies from retailer bankruptcies and store closures, a trend that’s been escalating as shoppers increasingly turn to the internet.

Toys “R” Us has stores in all types of shopping properties -- from standalone locations to community strip centers to large regional malls. Many centers are in the hands of publicly traded real estate investment trusts that lease space to the chain and may struggle with declining values for the properties. Some stores are owned by Toys “R” Us itself.

How successful landlords will be in filling empty stores will depend on the quality of the properties and their locations, according to research by CoStar Group Inc. Toys “R” Us owns many of the stores in weaker areas, while GGP Inc., the second-biggest U.S. mall REIT, tends to have some of the best locations and would have the easiest time finding new tenants, according to CoStar. Somewhere in the middle are companies such as Simon Property Group Inc., GGP’s larger rival, and Kimco Realty Corp., the research firm said.

Representatives for GGP and Simon declined to comment. A Kimco representative didn’t return a call.

Even with vacancies, some properties are still “viable commercial real estate,” Ed Reardon, an analyst at Deutsche Bank AG, wrote in a note to clients. Locations at power centers -- properties anchored by discount department stores or warehouse clubs -- would be easier to fill than standalone locations, with expanding retailers such as Michaels Cos., Dick’s Sporting Goods Inc., TJX Cos. and Ross Stores Inc. among the likeliest contenders for the space, he said.

Other chains with locations of roughly the same size as Toys “R” Us stores, including Best Buy Co. and Bed Bath & Beyond Inc., are focusing on expanding their online businesses and remodeling existing stores rather than adding new locations. Target Corp. has said it plans to open dozens of smaller stores over the next two years, but they’ll be in cities and near colleges campuses.

“We have great locations across the country, and the stores are working,” Best Buy CEO Hubert Joly said in a March 9 interview. “It’s sad when a company folds, but it is what it is.”

Toys “R” Us, based in Wayne, New Jersey, has been saddled with debt since 2005, when Bain Capital, KKR & Co. and Vornado Realty Trust took the company private in a $7.5 billion leveraged buyout. Vornado’s retail spinoff, Urban Edge Properties, has Toys “R” Us stores at some of its centers, CoStar data show.

Divide and conquer may be the solution for much of the real estate, with multiple smaller businesses such as restaurants or movie theaters carving up the large Toys “R” Us spaces. But it’s one that’s potentially less lucrative for landlords.

“They’ll just have to cobble it together one individual location at a time,” said Kniffen. “They are going to be going into uses that drive a hell of a lot less in sales per square foot than these guys did, which means you just can’t charge as much in the way of rent.”

The departure of a tenant as big as Toys “R” Us may give some landlords the opportunity to reinvent their shopping centers and upgrade the tenant mix to be more internet-proof. Landlord DDR Corp. has indicated that two of the closures would lead to redevelopments, Golladay said in the note.

A DDR representative didn’t respond to an email seeking comment.

With other big-box retailers, such as office-supply chain Staples Inc., potentially closing stores of a similar size, “the potential replacement tenants have a lot of negotiating power” with landlords, Deutsche Bank’s Reardon said in an interview. “The competition is not that intense.”