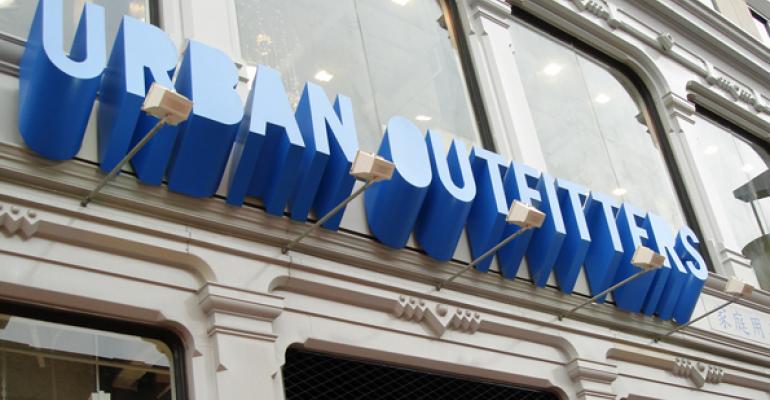 (Bloomberg)—Shares of Urban Outfitters Inc. and Express Inc. fell on Wednesday after the apparel chains gave a dour outlook for the industry, renewing concerns about America’s overabundance of retail stores.

Urban Outfitters’ fourth-quarter earnings fell short of estimates, and same-store sales were flat. At Express, sales tumbled 13 percent on that basis last quarter. The company warned that it may post a loss this quarter, surprising analysts.

Clothing sellers are struggling to cope with slow foot traffic at malls and a shift to e-commerce. The industry also has had to rely more heavily on discounts to attracts shoppers, weighing on margins. Urban Outfitters Chief Executive Officer Richard Hayne said the holiday season was disappointing, with higher markdowns than expected.

But the broader problem is there are just too many stores, he said on a conference call Tuesday evening.

“The U.S. market is oversaturated with retail space and far too much of that space is occupied by stores selling apparel,” he said. “Retail square feet per capita in the United States is more than six times that of Europe or Japan. And this doesn’t count digital commerce.”

Too much square footage was added in the 1990s and early 2000s, with thousands of stores opening, he said.

“This created a bubble, and like housing, that bubble has now burst,” he said. “We are seeing the results: Doors shuttering and rents retreating. This trend will continue for the foreseeable future and may even accelerate.”

Urban Outfitters posted profit of 55 cents a share in the fourth quarter, short of the 56 cents predicted by analysts. Its gross margin was 33 percent in the period, compared with an estimate of 33.5 percent. The Philadelphia-based company is pushing to sell more apparel directly to consumers via e-commerce, but the retail woes may weigh on the business for some time.

“We were surprised by management’s bearish tone on the sector’s harsh realities,” Brian Tunick, an analyst at RBC Capital Markets LLC, said in a report.

Express, meanwhile, said that first-quarter earnings will range from flat to a loss of 4 cents a share. Analysts had predicted a gain of 14 cents for the period. The Columbus, Ohio-based company expects same-store sales to be down by a percentage in the high single digits, compared with an average estimate of a 5.2 percent decline.

“Our store performance continued to be impacted by challenging mall traffic and a promotional retail environment,” Express CEO David Kornberg said on Wednesday.