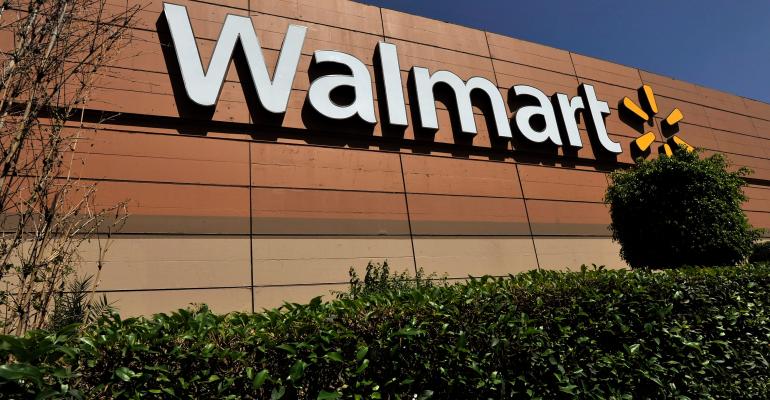 In the second quarter the world’s largest retailer saw a surge in digital sales alongside its fastest same-store sales growth in more than a decade.

While Walmart is increasingly cognizant about competing with Amazon and other online retailers in growing its e-commerce volume, the retail behemoth hasn’t lost a step at its stores. It’s omnichannel strategy includes beefing up its online sales, improving its mobile and same-day delivery capabilities and broadening its appeal to shoppers. The result: In the second quarter the world’s largest retailer saw a surge in digital sales alongside its fastest same-store sales growth in more than a decade.

Walmart’s U.S. e-commerce sales climbed 40 percent—a big jump from previous quarters—and company officials said their online sales are on track to rise about 40 percent for the full year. This is an indication that the company’s grocery delivery options and redesigned website are reaping results. Meanwhile, store traffic was up more than 2 percent and U.S. same-store sales increased 4.5 percent.

“We benefited from a favorable economic environment and weather,” said Doug McMillon, Walmart’s president and CEO, in its second quarter earnings call with investors. “Customers tell us that they feel better about the current health of the U.S. economy as well as their personal finances. They’re more confident about their employment opportunities.”

“The consumer is the healthiest they’ve been in 25 years,” says Jan Kniffen, a retail consultant and founder of J. Rogers Kniffen Worldwide Enterprises. “But that still means that they bought it from Walmart instead of Amazon. So they’re doing the right thing. The stores are now the best they’ve ever looked. Doug McMillon has completely rebuilt this whole inside of the store to make it just as good as it ever was for the consumer.”

Walmart is cutting back on new stores, focusing on e-commerce, remodels

Walmart has slowed down in one regard, however. It’s cut back on its pace of expansion.

“There’s sort of a new point of view coming from Walmart where they’re building on the traditional foundation of their stores, but they’re not adding many new stores,” says Laura Kennedy, vice president at Boston-based Kantar Consulting, a retail and shopper research and consulting firm. “They’re to add fewer than 15 new Supercenters this year and fewer than 10 new Neighborhood Markets. And there were years where they were adding a couple hundred Neighborhood Markets a year.”

Kennedy says the company started this move toward many fewer openings in 2017. Walmart added about 35 new Supercenters in 2017. In the past, they were adding some 200 Supercenters annually. Now Walmart is focusing on remodels of about 500 stores per year.

“Walmart has figured out they pretty well blanketed the country, so they continue to open stores, close stores and relocate stores—the things they’ve always done—but now they’re focused on the big store and the little store and nothing in between,” Kniffen says. “They basically walked away from the stores in the middle.”

Walmart has invested billions in its e-commerce business to compete with Amazon.com. The retailer is also pursuing a more affluent online shopper. Walmart paid $3.3 billion to acquire Jet.com in 2016 in an effort to reach higher-income, urban millennial shoppers.

Last week, Wal-Mart relaunched the Jet.com website to become the “shopping destination for city consumers.” The new website focuses on “localization, personalization and smarter recommendations” and new partnerships including with Nike and Apple. The relaunch started in New York but will also roll out to other major cities.

Since its Jet.com acquisition, Walmart has purchased niche brands like ShoeBuy, Bonobos and ModCloth and partnered with Lord & Taylor, which will bring new products to Walmart.com.

Walmart is also battling Amazon internationally, agreeing to pay $16 billion to buy 77 percent stake in Flipkart, India’s largest e-commerce retailer, which will give it a major presence in one of the world’s biggest markets. It’s a deal that Amazon also bid on.

Walmart is taking advantage of its existing network of 4,700 stores to get products to shoppers quicker.

“They can leverage their store base to be much more competitive with Amazon,” Kniffen says.

For example, Walmart’s online grocery delivery option will be available to more than 40 percent of U.S. households by year-end, meaning deliveries from about 800 stores. And grocery pickup service for online shoppers is now available at more than 1,800 locations with more to come. That’s also part of the remodel strategy.

“Any of the stores that have the space to do so, they’re blowing out the one side and putting in the drive-thru acceleration lanes,” Kniffen says. “That gives them the ability to be more much attractive to the consumer, and it gives them something at the moment Amazon can’t do. They’re looking at different ways to leverage that store base to be more competitive with Amazon, and they’re doing a pretty darn good job.”

Grocery makes up more than 50 percent of Walmart’s revenue. Walmart is one of the biggest U.S. grocers and is way ahead of Amazon in that sector. However, Amazon has been increasing efforts after acquiring Whole Foods in 2017. However, that’s only 400 stores.

“It’s nothing in the total game in grocery,” Kniffen points out “When you look at what Walmart has done, they’ve made themselves a much better competitor to Amazon and they basically said, ‘If you’re going to win in grocery, you’ve got to win against us. And if you can’t win in grocery, your growth rate is going to slow down,’ because that’s where Amazon’s new focus is. They’ve taken over books. They’ve taken over electronics. They’re taking over apparel as we speak. But now they’re moving into grocery and that’s the real battleground and Walmart is way ahead.”

While Walmart continues to expand its appeal to compete with Amazon, it also wants to gain back share from the dollar-store sector.

When Dollar Tree acquired Family Dollar in 2015, it took market share from Walmart, predominantly from the lower-income shoppers seeking rock-bottom prices. The other significant player is Dollar General. Both chains have between 13,000 and 15,000 locations.

The huge number of dollar stores, their price strategy and range of merchandise make them a direct competitor with Walmart.

“I think Walmart would probably say they’re definitely still a major competitor—a competitor to shoppers who want to be confident they’re paying the everyday low price for products,” Kennedy says.

“Clearly, Walmart’s growth would have been better had Dollar Tree, Dollar General and Family Dollar never existed,” Kniffen adds. “None of us ever believed that there was a bottom below Walmart, but those guys proved there was. They managed to do it with small package sizes, convenient locations and small footprints.”

Kniffen says about five years ago, Walmart said they were going to “quit giving share in this space, and they brought in smaller package sizes and marketed against them and did all kinds of work with consumer products guys to make sure that they were competitive on price and size – not just price.

“I can’t really tell if they’re gaining share back,” Kniffen says. “It’s hard to measure that, but it certainly put a lot of pressure on that space, and they’re certainly trying not to lose share any longer in that space.”