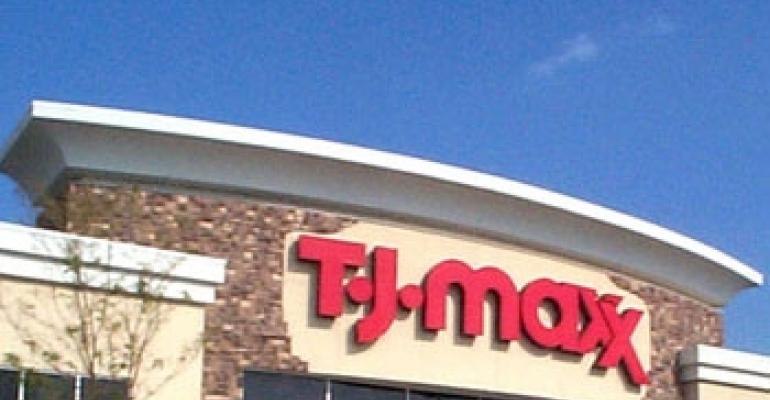 Will TJX Slow Domestic Growth in Years to Come?

Today, a few outperforming chains seem to drive most of the retail sector’s growth. The TJX Companies, the operator of discount powerhouses T.J. Maxx, Marshalls and HomeGoods, has been among the most active retail tenants out there, leasing space at malls, at strip centers and on urban street fronts.

In the past few months, the company opened a 32,000-sq.-ft. store at 14 Wall Street, in the heart of New York’s Financial District, made a commitment to open a 32,000-sq.-ft. T.J. Maxx store at Ridge Hill, a mixed-use development in Westchester County, N.Y. as well as leased a 28,004-sq.-ft. space for Marshalls at Southland Shopping Center in Middleburg Heights, Ohio, among other deals.

In November, at the height of the holiday shopping season, TJX reported same-store sales growth of 4.0 percent, above that of the retail sector as a whole, which reported growth of 3.2 percent, and of the discounter segment in particular, where sales rose 2.3 percent, according to ICSC figures.

“This company is a powerhouse, loads of cash, tremendous earnings, tremendous return on investment—they can do what they want to do,” says Howard Davidowitz, chairman of Davidowitz & Associates Inc., a New York City-based retail consulting and investment banking firm. “They are perfectly positioned in an environment where people are looking for value.”

Yet going forward, TJX might have limited opportunity to open new stores in the domestic market, warns a forecast report from ChainLinks Retail Advisors, an Atlanta-based retail real estate services firm. That’s because the availability of attractive second- and third-generation space in the size TJX prefers has been dwindling, while new retail development hasn’t ramped up.

TJX continues to be in expansion mode, according to Garrick Brown, retail research director with ChainLinks, but it might no longer be able to find as many good sites for new stores or secure the kinds of favorable rental rates that were possible in 2010 and 2011. He expects that next year, the company might open a total of 30 to 40 T.J. Maxx and Marshalls stores. In 2011, TJX opened approximately 40 new T.J. Maxx and Marshalls stores (Brown doesn’t count A.J. Wright conversions).

T.J. Maxx stores average 30,000 sq. ft. of space, Marshalls 32,000 sq. ft. and HomeGoods stores 25,000 sq. ft. That’s been the box size that has been among the most difficult to find lately, according to Peter Lynch, principal with DJM Realty, a Gordon Brothers Group real estate consulting and advisory firm that specializes in space disposition.

“If you look at Linens ’n Things and if you look at Borders, a lot of those boxes have been picked up already,” Lynch notes. “That kind of square footage is not something that’s easy to find. TJX is a great company, but with boxes like that, it’s tough to roll out as many stores as you would like.”

For the moment, TJX officials express a desire to expand their domestic store fleet further.

As of December 1, the company operated 986 T.J. Maxx stores, 891Marshalls stores and 375 HomeGoods stores in the United States.

The majority of TJX stores in the U.S. are leased for a 10-year term, with five-year extension options.

In the long term, TJX would like to operate approximately 2,400 T.J. Maxx and Marshalls stores in the U.S., plus 750 HomeGoods stores, according to remarks made by CEO Carol M. Meyrowitz during TJX’s third quarter conference call with analysts on Nov. 15.

“We have significantly widened the demographic reach of Marmaxx [T.J. Maxx and Marshalls combined] in all directions, and are capitalizing on real estate vacancies in urban markets and filling in smaller markets where we operate very profitable stores,” Meyrowitz said. “Our new store performance [is] exceeding our plans and as we expand T.J. Maxx and Marshalls, our cannibalization levels are in line, all of which we’ve very encouraged by.”

What’s more, while TJX has traditionally concentrated on strip centers, owners of class-B and class-C malls would love to get the chain into their properties and would be willing to offer very aggressive deal terms to do so, notes Davidowitz. Over the past few years, TJX has been able to secure rental rates in the mid-single digits for locations in distressed centers, according to Jeff Green, president of Jeff Green Partners, a Phoenix-based retail real estate consulting firm.

“It seems to me that they could be a catalyst [for successful remerchandising] and for that they would be paid with an excellent deal,” says Davidowitz. “They could actually go in with more than one of their formats to make them more formidable.”

Given that the company already operates more than 2,000 stores stateside, further growth potential here is limited, according to analysts with Morningstar, a Chicago-based research firm.

They warn that T.J. Maxx and Marshalls might have “topped out in terms of domestic store growth” and the company will have to rely on HomeGoods stores and international stores for further expansion.

While there might be a few more Linens ’n Things and Mervyns boxes still available on a national level, chances are TJX’s real estate department has already looked at them and decided to pass them over, says Green. The company now has stores in most of the stronger markets in the U.S.; the opportunities that remain are located in secondary markets where TJX won’t be able to achieve the kinds of profit margins it’s used to.

“As the amount of available space dwindles, the rental rates will go up and they will need higher volume stores to maintain their profit levels,” Green says. “That’s going to be very difficult.”