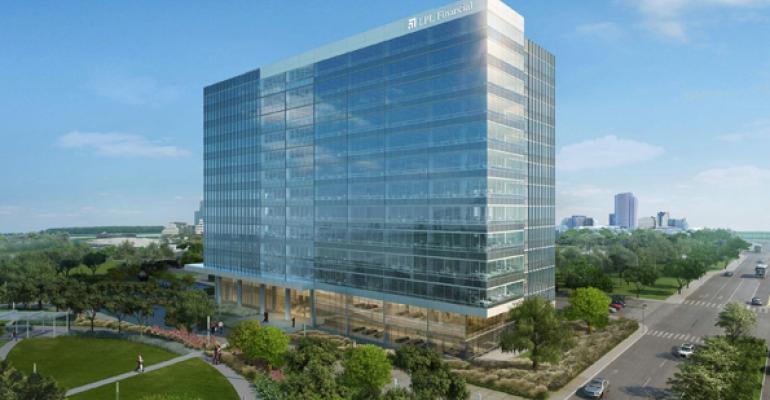 Sustainability for commercial properties has come a long way since the start of the new millennium, when developers would chuckle and shake their heads at proposals to spend big bucks on green features. “Too expensive to the bottom line” was a common refrain.

It took a decade for the learning curve to jump. Today, just about every building designed has green features, whether mandated by a local community or a tenant. Going green is becoming almost passé–what really gets attention today is a building that not only saves energy, it gives energy back.

The term for such a property is Net Zero Energy Building, or ZEB. While these structures are designed to maximize every green idea, such as natural lighting and efficient HVAC systems, there is usually at least one energy generator, say, solar panels or fuel cells, which can create enough positive electricity to at least offset the normal annual use.

Hines, with backer J.P. Morgan Asset Management, is building the largest carbon-neutral office building in the United States, the 13-story La Jolla Commons office complex in San Diego. The 415,000-sq.-ft. building will be fully leased by a division of broker LPL Financial Holdings Inc. when it is completed in mid-2014.

Hines worked with engineering WSP Flack + Kurtz to evaluate available green technologies for its first Net Zero building. La Jolla will be able to achieve positive energy production through a combination of building design features and onsite fuel cells that will annually generate five million kilowatts of electricity, much more electricity than the building will use, according to Gary Holtzer, Hines’ global sustainability officer. “We’ve concluded net zero is coming, is important and is the next logical step in sustainability in office buildings,” he says.

Hines has contracted with landfills to gain methane to power the fuel cells, gas that would “normally be just vented into the atmosphere,” Holtzer says. The fuel cells convert the methane into electricity in a non-combustion process, and will operate 24 hours a day, generating enough energy at times to “spin the meter backward,” he says. La Jolla also includes green features such as an under-floor air system and advanced curtain wall materials.

Holtzer says it helped to pick San Diego as the site of the firm’s first attempt at Net Zero technology, as the climate is temperate, meaning there won’t be huge spikes of energy use seen in colder areas. “Certain elements make it easier to achieve Net Zero, such as regulatory policies of a community, public utility policies and local and state incentives. California seemed like a good first location,” he says.

Because of the warm weather, California is the also the choice of a few other firms who want to try out the Net Zero concept. HGA Architects and Engineers designed the $55 million Student Success and Retention Center at East Los Angeles College to achieve Net Zero via shared solar power, natural light, exterior classrooms and lobbies, motorized windows for maximum use of natural ventilation and chilled beam (ceiling) cooling systems.

James Matson, a principal at HGA, says he wanted to put more panels at the center itself, but the campus already is already limited to the one megawatt of power it generates from its panels installed on parking lot carports. Besides, he notes, panels are still very expensive, and initial costs are the most important to watch. “You still have to pay attention to having a reasonable construction budget, you don’t want to give up space just so you can have a sustainable feature,” Matson says. “You can go overboard and it may not pay off in the long run as fast as you might think.”

Other companies are looking for bigger challenges by trying out the concept in colder places such as the Midwest. Deerfield, Ill.-based Walgreens, for example, plans to build what may be the nation’s first Net Zero Energy retail store in Evanston, Ill., a toney Chicago suburb. The drugstore firm plans to use solar panels, wind turbines, geothermal energy, LED lighting, high-efficiency refrigeration and energy-efficient building materials to replace an existing store at the intersection of Chicago Avenue and Keeney Street.

Thomas Connolly, vice president of facilities with Walgreens, says that each year the new store will use about 200,000 kilowatt hours of electricity while simultaneously generating 256,000 kilowatt hours. “We are investing in developing a Net-Zero store so we can learn the best way to bring these features to other stores,” he says. “Because we operate 8,000 stores, we believe our pursuit of green technology can have a significant positive impact on the nation’s environment.”

Hines has already started its second Net Zero project, the planned renovation of Columbia Square in Washington, D.C. Hines built the offices about 30 years ago, and Holtzer says the firm believes the property is a perfect place to try out the use of green technologies to achieve Net Zero in a colder climate. “We have the study going now, and we should be able to learn a great deal,” Holtzer says. “We should have some good information on what we plan to do in D.C. within the next six months.”