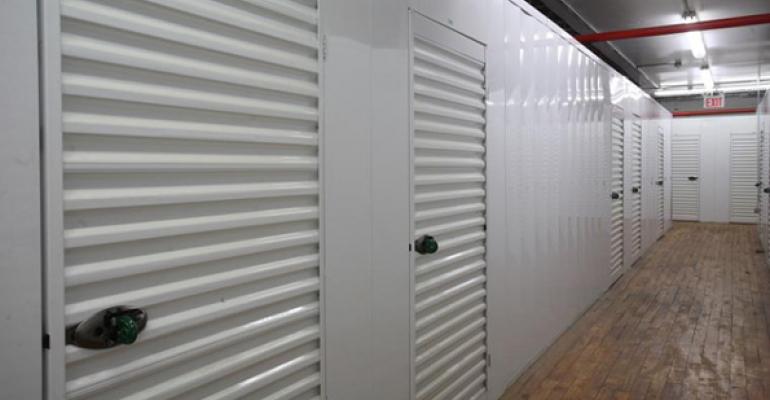 The Hottest Industry Right Now Is Storing All Your Stuff

The mini-warehouse industry has set records for construction spending in each of the last six months.

Welcome to the renaissance of self-storage.

While retail chains go belly up and hedge funds place bets on commercial mortgages used to finance dying malls, the mini-warehouse industry has set records for construction spending in each of the last six months. Venture capital firms are making big bets on startups that help consumers manage their physical belongings—on the cloud. And some industry players are drooling at the prospect of buying shuttered department stores and turning them into drive-through storage centers.

And why shouldn’t they? “That’s the whole meaning of life, isn’t it?” the late, great comedian George Carlin mused in a famous bit. “Trying to find a place for your stuff.”

Beyond existential concerns, industry insiders say the ongoing self-storage building boom traces back to the financial crisis, when funding for new construction of any kind dried up. Builders are still catching up with a backlog of demand from those fallow years; investors, meanwhile, noticed that the assets performed well through the recession, and started buying storage centers as a hedge against future downturns.

The facilities are cheap to build and require very little labor to staff—so much so that local governments in New York and Los Angeles have sought to limit new projects, arguing that the storage industry is eating up real estate that could otherwise serve manufacturing and logistics companies that produce more jobs.

For owners, low operating costs and high demand have translated into fat margins. Public Storage, the largest storage operator, booked $538 million in revenue during the first three months of this year, against $149 million in operating costs. That’s good for a gross margin of 72 percent—more than double that earned by Equity Residential, the huge apartments landlord.

They’ll cart your ski gear away in the summer and ship it to your hotel in Aspen ahead of your winter vacation.

Lately, those rich profits have convinced a handful of venture-backed startups that they can win customers by offering more service at comparable cost. That includes Clutter, a Los Angeles-based company which employs teams of in-house movers to carry your surplus stuff to and from warehouses, on demand. It also photographs stored items and uploads images online, to make it easier for customers to get their stuff when they want it. They’ll cart your ski gear away in the summer and ship it to your hotel in Aspen ahead of your winter vacation.

“It’s always been our vision to transform the way you manage your belongings,” said Ari Mir, CEO of the Los Angeles-based company.  Investors like this idea, too. Today, Clutter announced that it raised $64 million from venture firms including London-based Atomico and Alphabet Inc.'s in-house venture arm, GV. One of Clutter’s competitors, New York-based MakeSpace, raised $30 million in April.

There’s so much excitement around the new storage industry that it seems as if the only ones urging caution are the largest operators. They see a coming drop in consumer spending, one that will in turn result in less need for more space for your stuff.

Life Storage, a publicly-traded landlord based in Williamsville, New York, has said it's done shopping for newly constructed facilities. Public Storage CEO Ronald Havner, meanwhile, warned on his most recent earnings call that the American consumer is “stretched and or under stress.”

That won’t necessarily slow the building boom, said SpareFoot’s Gordon. There are more than 50,000 storage facilities in the U.S., and mom-and-pop operators control about 80 percent of them. While the publicly-traded landlords seek to maximize shareholder value, smaller landlords are less likely to worry about market dilution. Occupancy rates are currently above 90 percent in much of the country, Gordon said, adding that storage centers “can make money [with occupancy rates] in the 70s.”

Besides, it’s a big country. Investor interest in the storage industry has made the expense of buying facilities in major markets less appealing, said Ari Rastegar, founder of Dallas-based Rastegar Equity Partners. To find better deals, he’s targeting storage space on the fringes of big metros. Rastegar is also intrigued by the prospect of scooping up property on the cheap from retail landlords hurting to fill space abandoned by busted retailers.