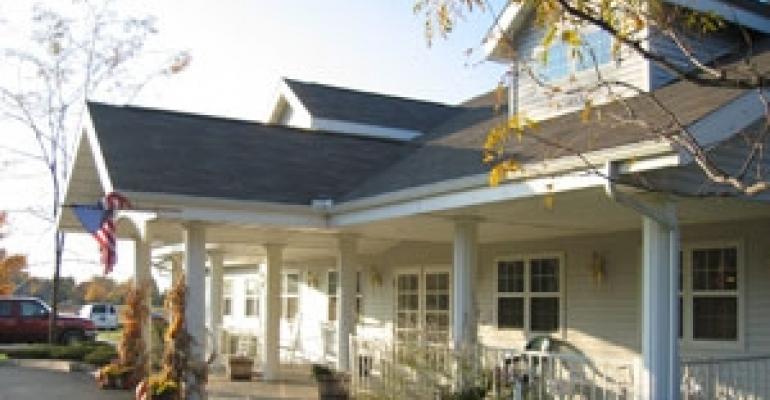 It’s been a tumultuous few months for Assisted Living Concepts Inc., but executives believe that brighter times are ahead for the company that operates senior living residences in 20 states.

Perhaps the height of the storm came June 15 as ALC bought a dozen senior housing communities from its former landlord, Ventas Inc., in a $100 million deal.

The deal severed the landlord-tenant relationship between the two firms. It also ended a two-month-old federal lawsuit filed by Ventas alleging that ALC breached the terms of its lease after regulators in Georgia and Alabama filed notices intending to revoke permits at three ALC facilities in those states.

“We are pleased to reach a mutually satisfactory arrangement with Ventas and to have acquired these 12 residences,” ALC President and CEO Charles H. “Chip” Roadman II, M.D., said in a statement. “While we have had some recent regulatory challenges at several of these properties, we are taking actions to address these challenges and to enhance their quality. The addition of these 12 residences increases our percentage of owned properties to 82.0 percent.”

The deal comes less than a month after the ALC board fired company CEO Laurie Bebo, replacing her with Roadman. Also in May, the law firm of Bronstein, Gewirtz & Grossman LCC announced that it was investigating potential claims on behalf of purchasers of the ALC securities, determining whether the company and certain officers and directors violated federal securities laws.

A spokesman for ALC declined to comment on the securities issue, but said the decision to bring in Roadman was made because “it was time for a change.”

“It’s his number one priority to address and enhance quality issues that have been identified,” says Evan Zeppos, a spokesman for the company. “We’ve been reaching out to regulators, Dr. Roadman has met with staff at some facilities that are priorities, we’ve brought in outside independent reviewers to look at our quality control and see where we can step up. It will take some time. It’s not something that will happen in a day, but these are priorities … That’s a message we want to send to everyone.”

The deal with Ventas includes a $97 million payment for 12 residences—five in Georgia, four in South Carolina and one each in Florida, Alabama and Pennsylvania, according to the ALC press release. The residences were operated by ALC under master lease agreements with Ventas and MLD Delaware Trust. The deal also includes $3 million to settle the lawsuit and pay Ventas’ expenses in connection with the litigation.

The statement indicates that the cash to fund the deal came from ALC’s $125 million revolving credit agreement. The ALC statement also stipulates that ALC will no longer be obligated under the master leases, which provided cash rent payments of $6.4 million for the year ended Dec. 31, 2011 and $1.6 million for the quarter ending March 31, 2012.

“Interest on borrowings under ALC’s revolving credit is expected to be at a rate of LIBOR plus 3 percent,” the press release states. “Assuming a consistent LIBOR rate, annual pre-tax cash savings in 2011 would have been approximately $3.2 million. ALC is in the process of determining other accounting implications related to this transaction.”

According to a May SEC filing made by ALC, Ventas pursued the lawsuit after state regulators in Georgia and Alabama found issues with minimum occupancy and coverage ratios at facilities in those states. The filing notes that ALC also failed to provide required notices regarding fires at an assisted living center in Florida and didn’t comply with requirements dealing with repair work.

A spokeswoman for the Georgia Department of Community Health says the agency does not comment on open cases. According to documents from the Alabama Department of Public Health, the ALC facility CaraVita Village, in Montgomery, has been issued six notices of clinical deficiencies in the past five years.

A spokeswoman for Ventas noted via email that ALC had been a very small tenant of the company.

“Ventas believes that this resolution is in the best interest of its shareholders and everyone involved,” Lori Wittman, Ventas vice president, capital markets, wrote. “We stand for excellence in senior housing and believe that this result improves our overall portfolio.”