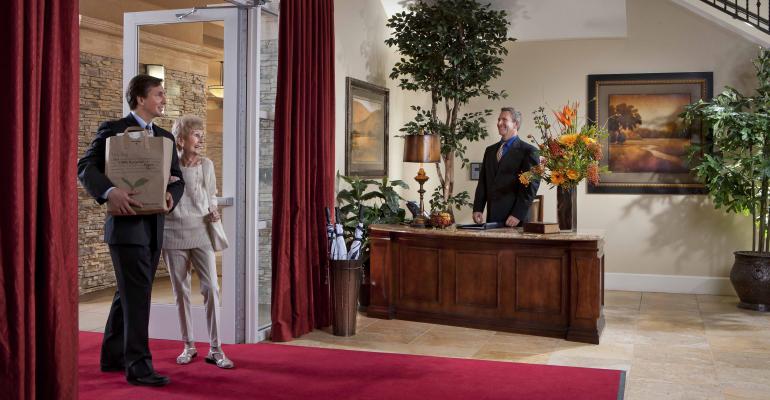 The need for affordable seniors housing in the U.S. is becoming louder every year—there’s just not enough out there to meet the expected demand, and not much progress has been made.

A recent study by Make Room, a rental advocacy group, reported that the percentage of seniors who need affordable housing is rising faster than the increase in the elderly U.S. population. Between 2005 and 2014, the overall population of seniors aged 65 and older increased by 25 percent nationwide, from 22.5 million to 28.1 million, while the number of seniors paying more than half of their household income, before taxes, toward rent and utilities shot up by 34 percent, from 1.4 million to 1.8 million.

According to Daryl Carter, chairman and CEO of real estate investment firm Avanath Capital Management, the affordable seniors communities his firm funds are completely full, and, like properties across the country, most have long waiting lists. While seniors have the option of trying to move into affordable housing that isn’t designated for the elderly, there’s just not enough being done by the states and federal government to meet the baby boomers’ expected demand for housing, Carter says.

“A lot more could be done,” he notes. “We should be able to triple the $6.5 billion that we currently spend on the tax credit program. There’s just simply not enough assistance to address the affordable needs we have in this country.”

“Some states get it, but others are not putting the tax credits out there,” he says. “It’s just so difficult to keep with demand, but there’s such a demand out there. With tax credits, we can keep unit cost down to $900 per month, compared to the market rate of about $3,000 per month.”

Another challenge has been the rising cost of construction materials and labor, especially in high demand markets, Mehl notes. As the economy gains strength, the labor force has been flocking to sectors such as manufacturing, he says. “We’re also having to do as high-end construction as possible, as we’re competing with what will be built in the future.”

The plan was created in reaction to cutbacks by Congress to the tax credit assistance, says Jessica Katz, assistant commissioner at the city’s Department of Housing Preservation & Development. The city has increased housing subsidies for affordable seniors rental apartments, and launched a local tax credit program that mimics the federal government’s low income housing tax credit. Further, the city has adopted a Zoning for Quality and Affordability program, which supports the creation of less expensive seniors housing while also waiving the parking requirement.

“We matched the existing car ownership in the state with the residents of low income seniors facilities, and found the ownership of vehicles is unbelievably low,” Katz says. “We were able to remove that parking requirement not only for new projects, but also for existing projects, so the ones with parking lots now can unlock that property for more new living units.”

The city is already ahead of the 10-year plan, Katz says, and has seen almost 3,000 new affordable seniors units created. “We owe it to the seniors who have made New York City great for decades to also make sure this is a great place for them to live out their lives.”