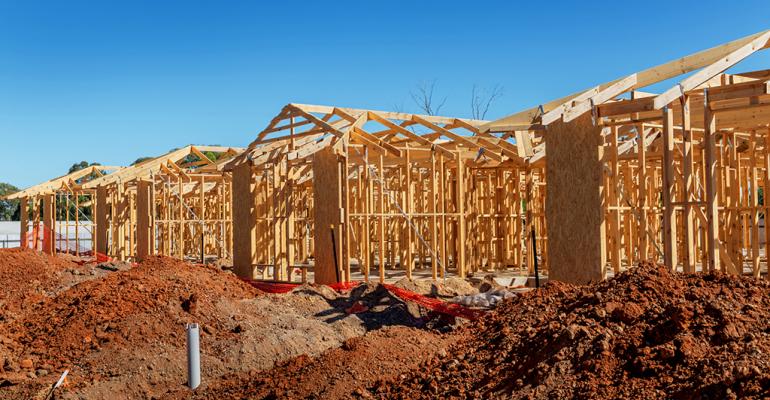 Does the Seniors Housing Sector Have Stamina to Absorb New Construction?

It is hard to believe that the U.S. business cycle is in its seventh year of expansion. The recovery from the deepest recession since the Great Depression has been filled with fits and starts and has generally been perceived as lackluster. Still, relative to the rest of the world, the U.S. expansion since 2009 has been solid. Job gains have averaged 201,000 per month since 2011 and there are 4 million more Americans employed today than at the prior job peak in 2008. The unemployment rate has fallen by half, from more than 10 percent at the height of the recession in 2009 to 5.1 percent in August 2015. Existing home sales are at their fastest pace since 2007, and the Case-Shiller national home price index has recovered to its 2008 level (still 7 percent below its peak, however). And consumer confidence is near its highest level in eight years. Finally, investment in commercial real estate has been strong, pushing prices 8 percent beyond their pre-recession peak (more for apartment properties, which are priced 33 percent higher than at their prior peak).

Despite these improvements, the Federal Reserve has been reticent to normalize interest rates and has kept the Fed Funds rate at virtually 0 percent for six years. One could argue that the economy is grounded enough for an initial 25-basis point increase in short-term interest rates. Yet the Federal Reserve Open Market Committee (FOMC) and Fed Chair Janet Yellen have not yet tightened monetary policy. Most recently, a slowing Chinese economy, turmoil in the global and domestic stock markets, as well as a lack of upward pressure on prices and wages, have convinced the Fed to leave rates alone.

With these broad economic conditions as a backdrop, how is the seniors housing sector performing? Similar to the business cycle, although not quite as long, the sector too is in an expansion phase. Since reaching an occupancy low point in early 2010, the inventory of seniors housing for the nation’s largest 31 metropolitan areas has grown by 8.9 percent (47,000 units), with 25 percent of those units delivered in the past 12 months.

Relatively inexpensive capital, the improving economy and a compelling investment thesis for seniors housing have been factors leading to the recent upswing in development. In the years following the recession, capital was difficult to obtain and development opportunities were limited. Meanwhile, bolstered by an improving, albeit fitful, economy, demand outpaced development during this period, with more than 56,000 units absorbed on a net basis. As a result, occupancy had been on a clear upward trajectory, increasing by 340 basis points from the low in early 2010 (86.9 percent) to a recent high of 90.3 percent in the fourth quarter of 2014. In the nine months since then and for the three quarterly periods reported on since the end of 2014, occupancy rates have moved up and down and have averaged 89.9 percent—also the third quarter rate.

It may be that occupancy rates have reached an equilibrium point. Since the second quarter of 2014, occupancy has averaged 90.0 percent, with a range of 60 basis points from its recent low point to its recent high point. Notably, this is 150 basis points below the high-water mark reached in the 2006/2007 period. But it takes into account both an overall larger stock of inventory, as well as a shorter average length of stay by residents due to a generally higher acuity resident population, and hence a greater churn rate.

Based on the number of units that have broken ground and those that are presently in the pipeline, we expect deliveries will rise from today’s levels. Indeed, as highlighted in the exhibit below, NIC forecasts that 15,000 units will be added to inventory of the nation’s largest 31 metropolitan markets (aka primary markets) in the next 12 months—36 percent more than the number delivered in the 12 months ending in the third quarter of 2015, and the most units delivered in a 12-month period since NIC began collecting data in 2005.

If this increase occurs, the inventory of seniors housing would grow by 2.8 percent in a 12-month period; the only other time this occurred was in the 2008/2009 period. At that time, however, the economy was markedly different than today as it was moving into a deep recession, with job losses totaling 8 million and the unemployment rate rising to its highest post-war level.

A hit or a homerun?

Today, although the economy is stronger, we expect that the Fed will not in fact raise interest rates until the economy improves enough to withstand the effects of a higher cost of capital. Once the Fed pulls the trigger, expected later this year or early in 2016, the economy should have the needed drivers to spur demand for seniors housing that would match new supply. Indeed, we expect demand will be bolstered by a generally strengthening economy; steady gains in the job market; greater liquidity in the residential home market as the pace of single-family home sales rise; and rising wage and income levels. As a result, NIC’s projections indicate that demand will largely absorb today’s pipeline of projects and keep occupancy rates near 90 percent.

Of course, there are risks to this expectation. Foremost among them is if the nation’s economy is strong enough to actually trigger a rate hike by the Fed. And this, in turn, depends partly on the state of the global economy, particularly China and the world’s emerging markets, as well as the conditions of the labor market and general inflation trends. The strong dollar’s impact on manufacturing output and the negative effects of oil prices on oil-based industries, as well as the state of the financial markets are among other of the Fed’s worries. For operators and investors in seniors housing, these risks all bear watching and suggest that diligence is the operative word today. 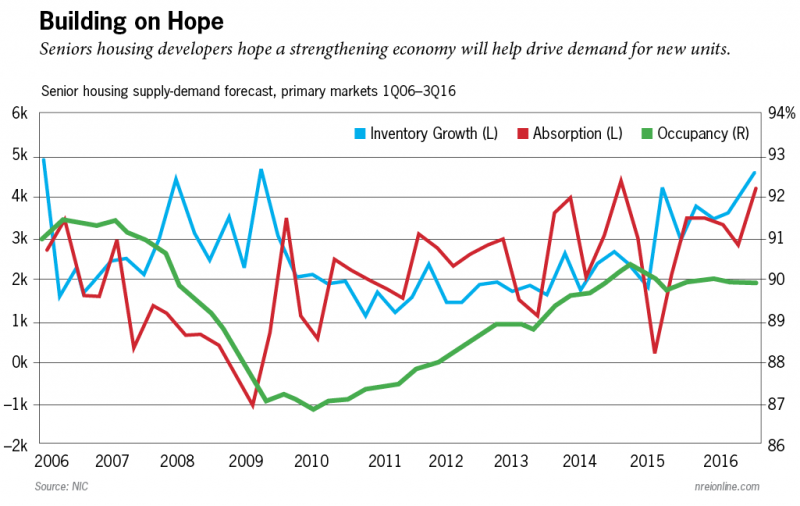