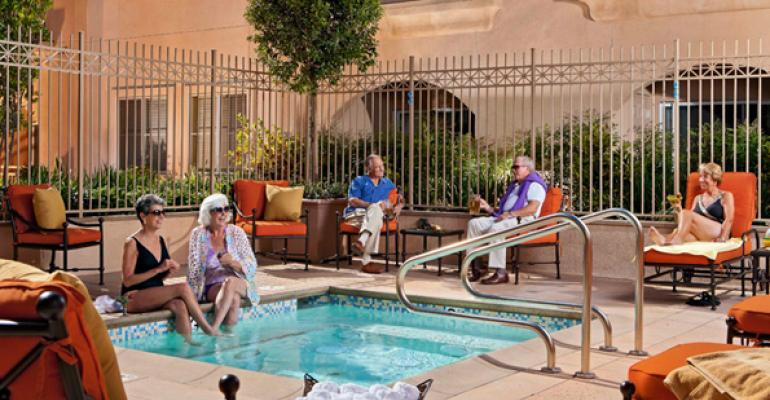 A recent report on the seniors housing industry touts the strong positive momentum for occupancies, transaction volume and returns that have continued into this year.

According to the Marcus & Millichap report for the sector for the first half of 2015, occupancy at independent living facilities is expected to climb during the year, with a forecasted 50 basis point increase to 92.3 percent. In the assisted living sector, new construction is expected to limit the increase in occupancy to 10 basis points, bringing total occupancy to 91.4 percent.

Brian Murdy, vice president and national director in Marcus & Millichap’s seniors housing group, says that strong fundamentals have resulted in a wave of new investors entering the seniors housing sector. Most are entering to take advantage of higher expected returns in this sector as compared to traditional multifamily properties.

“The focus is primarily on independent and assisted living, which operates closer to traditional multifamily and is easier for these investors to understand,” Murdy says. “Interestingly, I have spoken with several investors recently regarding interest in skilled nursing facilities, as they look for investments with even higher returns.”

New investors might encounter a steep learning curve in the industry, which features not only many nuances in operations and partnerships, but is also short on transparency. The National Investment Center for Seniors Housing & Care (NIC), the largest data collection service for the industry, is hosting new investor forums to help them gain further understanding of the sector. Beth Mace, NIC’s chief economist, says these meetings, such as the NIC 2015 Capital & Business Strategies Forum in San Diego at the end of March, are essential to help share information.

“Increasingly, the seniors housing sector is showing up on the radar screen of institutional investors due to its strong market fundamentals, compelling investment returns and diversification benefits,” she says. “New investors want to understand this trend and see if seniors housing is appropriate for their investment appetite.”

The recovery of the housing market is also contributing to the success of seniors housing. A retiree’s home equity is typically a large part of what pays for seniors housing, but during the recession, houses wouldn’t sell and many seniors couldn’t cash out. Now that normalcy has returned, seniors are financially and psychologically in a position to make the transition.

Murdy says there was much more buying and leasing activity in 2014 than had occurred since the recession.

“The recovery enabled the baby boomers and the pre-boomers, those in their 70s and 80s, to finally make the move,” he notes. “We expect to see high activity for at least the next two-to-three years, and the current dichotomy between independent and assisted living should normalize as well.”

Both sectors are expected to show improvement in 2015; however, the improvement in the assisted living sector will be muted due to the nearly 19,000 new units under construction.

Murdy adds that the long-term threat posed by new construction is minor, since current demographics heavily favor seniors housing and particularly assisted living, though some short-term weakness could present itself as new facilities come on-line. The average age of residents entering assisted living is approximately 85 years old; this group is made up of baby boomers’ parents. With the equity markets near all-time highs and home values nearly recovered, many boomers are well-positioned for both their own retirement and helping their parents move into seniors housing facilities, Murdy says.

“In fact, baby boomers still in the workforce are in peak earning years, so household balance sheets are generally strong,” he says. “Nonetheless, San Antonio, Kansas City, Houston and Phoenix have a significant share of new construction. With the exception of Kansas City, these are also popular retirement destinations, and as boomers retire and want to keep family close, stabilization of new facilities shouldn’t take much longer than 18 months. We don’t anticipate prolonged weakness from overbuilding.”