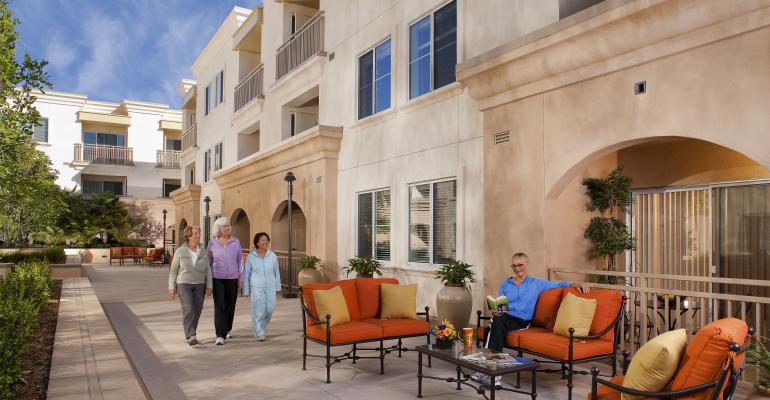 Success in the property markets occasionally brings about its own downfall in the form of overbuilding and the steady returns brought to investors by seniors housing in recent years may well lead to oversaturation of some markets by the fourth quarter of this year, experts say.

Though seniors housing occupancy on a national level increased slightly in the first quarter to 90.1 percent, new development is also at an all-time high, at 5.8 percent of existing supply, according to the National Investment Center for Seniors Housing & Care. The number of units under construction has increased from 22,975 in December 2012 to almost 50,000 at the start of this year, according to NIC data. The increase is driven by the sector’s steady returns, according to a recent CBRE report. Over a one-year period, seniors housing properties have been delivering average returns of 16.3 percent; over a five-year period—14.8 percent; and over a 10-year period—13.3 percent.

A significant amount of new supply will likely come on-line by the end of 2016, a fact now causing some concern in the industry, says Zach Bowyer, managing director at CBRE’s seniors housing and care division. Though there are some restraints enacted by lenders asking for loan-to-value (LTV) ratios as low as 50 percent, as well as higher development costs, a flood of new capital is coming from investors trying to enter a prime sector of commercial real estate.

Just in the past year, seniors housing inventory growth in the top 100 MSAs increased by 2.7 percent year-over-year from the first quarter of 2015, and RBC Capital Markets recently released a report in which the firm estimates inventory growth will trend toward 3.7 percent. Many seniors housing owners and developers have been discussing overbuilding threats. Executives with Welltower Inc. and Ventas have both said increased supply impacts their respective seniors housing operating portfolios, according to the RBC report.

Larry Pusateri, a multifamily developer in Chicago, says he’s now looking to other states to build new seniors housing facilities because of current overbuilding in Illinois. Chicago has thousands of units of seniors housing in the pipeline, including two projects he’s working on and another he’s trying to find land for, he notes. “Chicago is no longer seen as a place to pursue, because of wave of development on the way,” Pusateri says.

In his view, the new projects continue to be built because the market has sustained seniors housing so well that property owners and developers have become complacent. However, for some markets there will be a dip in demand during the next five years, and operators need to be willing to innovate to attract tenants, Pusateri adds.

“Right now our tenants are from a demographic that had been born during the depression, when there had been a dearth of births,” he says. “We’ll see some slowdown. The question is at what point is the investment community, which joined us after the recession, is going to take a hiatus—and then how long it will take until they are willing to get back in? Those who have sophistication will see it was just a short dip, and it will then be safe to come back.”

The saving grace for seniors housing has been the solid operator knowledge of its owners, according to Bowyer. With all the changes brought on by the Affordable Care Act and impending overbuilding, he says the focus on strong operators will be magnified in the next five years. The seniors housing industry is transitioning from a real estate play with a business component to a seniors care business with a real estate component.

“The valuations of seniors housing are pretty much driven by the operator,” Bowyer says. “I think we’re going to get through this volatility and into the baby boom demand being smarter and more advanced in how care is delivered, but the key will be investors who choose their markets and operators wisely.”