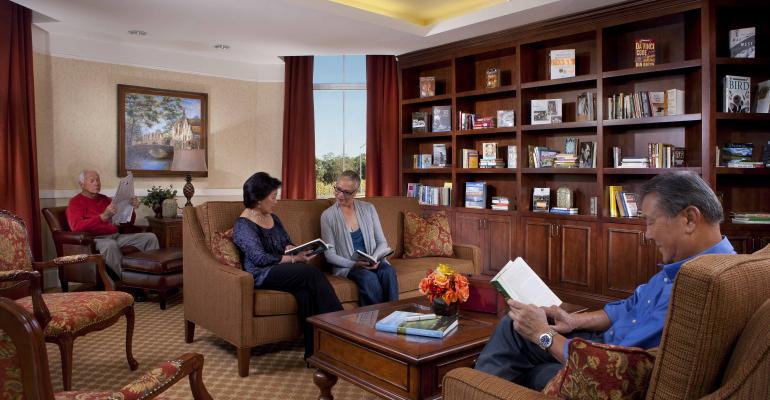 The overall occupancy rate for seniors housing for the nation’s largest 31 metropolitan areas was 88.8 percent in the second quarter, down 50 basis points from the first quarter.

Let’s take a closer look at some of these trends.

The overall occupancy rate for seniors housing for the nation’s largest 31 metropolitan areas, which includes properties still in lease-up, was 88.8 percent in the second quarter, down 50 basis points from the first quarter. This placed occupancy 190 basis points above its cyclical low of 86.9 percent during the first quarter of 2010 and 140 basis points below its most recent high of 90.2 percent in the fourth quarter of 2014. The quarterly decrease in occupancy stemmed from an increase in inventory of nearly 6,600 units, which outpaced a change in net absorption of 3,000 units. The increase in inventory was the most in a single quarter since NIC began reporting the data in 2006.  It is noteworthy that the difference between total occupancy and stabilized occupancy was 160 basis points, the widest differential since mid-2009.  The size of this gap reflects the large number of properties recently opened and still in lease-up.

Assisted living occupancy fell to its lowest level since 2006.

Inventory growth has been ramping up for a much longer period for assisted living than for independent living and as of the second quarter, annual inventory growth reached its highest level since NIC began reporting the data in 2006—5.9 percent. This has put significant downward pressure on assisted living occupancy, which stood at 86.5 percent in the second quarter, the lowest occupancy rate since 2006. It is notable that annual absorption also accelerated in the second quarter to a 4.3 percent pace. That made it the highest annual absorption rate since NIC began reporting the data.

Seven markets saw gains in inventory of more than 10 percent.

During the past year, there have been nearly 35,000 units added to the stock of seniors housing inventory among the primary and secondary NIC MAP 99 markets. Roughly 30 percent of this growth occurred in seven metro areas: Dallas, Chicago, Minneapolis, Atlanta, Houston, Miami and Boston. Dallas and Minneapolis alone accounted for 12 percent of all new seniors housing inventory in the past 12 months. Relative to each metropolitan area’s own inventory, there were seven geographic areas that experienced gains in inventory of more than 10 percent over the course of the year. They included New Orleans, Salt Lake City, Albuquerque, N.M., Austin, Texas, Melbourne, Fla., Jacksonville, Fla. and El Paso, Texas.