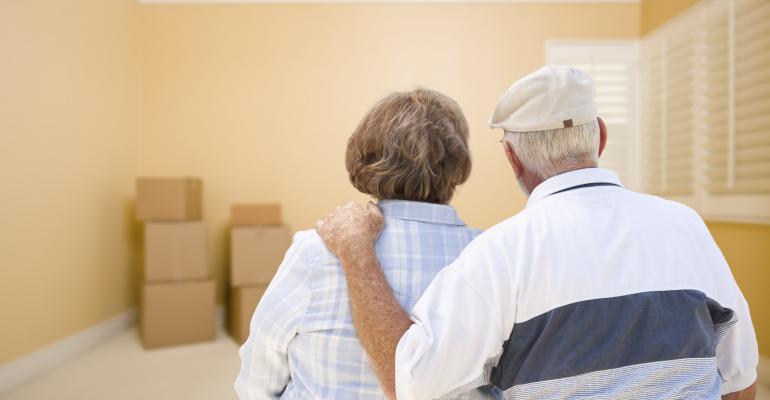 The sector’s national occupancy rate, based on aggregate statistics from 31 markets, held at 88.8 percent last quarter, according to NIC.

Occupancy in the seniors housing sector remained unchanged in the fourth quarter of 2017 compared to the quarter prior—though it dropped year-over-year—as completions continued to outpace absorption. Rent growth also slowed.

The sector’s national occupancy rate, based on aggregate statistics from 31 markets, held at 88.8 percent last quarter, according to data from the National Investment Center for Seniors Housing & Care (NIC). The figure is 180 basis points above the cyclical occupancy low of 87.0 percent during the first quarter of 2010 and 140 basis points below the 90.2 percent high reached in the fourth quarter of 2014.

Occupancy also varied greatly among markets. For example, the market with the lowest rate is San Antonio, which posted occupancy of 78.0 percent in the fourth quarter. San Jose, Calif. had the highest occupancy rate at 95.3 percent. “That’s a pretty wide difference between the better and worst performers,” says Beth Burnham Mace, chief economist at the NIC.

Completions continued to surpass absorption, according to NIC data, failing to abate long-held supply concerns. There were 18,500 units added to the inventory in 2017, though 12,200 units were absorbed on a net basis. This triggered a 70-basis-point drop in occupancy year-over-year. A bulk of the inventory growth—nearly one-third—over the past three years has occurred in the Dallas, Minneapolis, Chicago, Atlanta, Houston, Boston, Phoenix and New York metro markets.

The sector’s occupancy level is unlikely to change anytime soon, and the sector has yet to absorb the effects of a particularly strong flu season, says Andrew Carle, an adjunct professor of seniors housing at George Mason University in Fairfax, Va.

The oversupply issue is also not expected to go away this year, Carle adds. Many investors and developers are building in a small number of metros, waiting for the demographics to catch up—the baby boomer generation has not yet reached the peak age for seniors housing, he notes.

The occupancy concerns facing the sector are there, particularly within the assisted living, memory care and nursing sub-sectors, says Charles Bissell, managing director at real estate services firm JLL. In the independent living sector, however, occupancy is stronger, at 91.0 percent, he notes.

As baby boomers age, it will create excess demand to absorb supply, Bissell adds. A recent JLL survey on the sector found that independent and assisted living facilities are considered the most promising sub-types. “We’re really in the first game of the seven-game series for the seniors housing cycle,” Bissell says. “Demand is going to double between now and 2035, and prudent investors know that.”

And while construction peaked in early 2016, there has been a decline in units under construction every quarter since, he notes. According to NIC, starts for independent living properties totaled 8,187 units in the fourth quarter, which was down from 9,051 units a year ago. For assisted living, starts totaled 12,499 units—a drop from 15,224 year-over-year. “We have definitely seen construction start to abate, and occupancy—while it might continue to trend down slightly for assisted and memory care—we feel like it will begin to stabilize,” Bissell says.

Some factors contributing to the lag in starts could be weather-related hold-ups and delays in acquiring state licenses, says Burnham Mace, who also cautions that starts data tend to get revised. However, there has also been some pushback from funding sources concerned about too much new product hitting the market. “I think lenders are looking more carefully at the sponsors and who’s requesting the funding for debt,” Burnham Mace adds.

Rent growth also decelerated in the fourth quarter: same-property asking rent showed year-over-year growth of 2.6 percent, which is on par with average rent growth the sector has experienced since late 2006, according to NIC.

Weighing on rent growth are the sector’s long-standing labor issues. National unemployment is at 4.1 percent, but in some metros, it is lower. “It’s increasingly difficult to find labor and as a result, you’re starting to see some upward pressure on wage rates,” Burnham Mace says. Assisted living workers saw wage growth of 5.3 percent in the third quarter of 2017, and 5.0 percent in the fourth quarter, according to the Bureau of Labor Statistics. Wages and labor comprise about two-thirds of seniors housing operators’ expenses, Burnham Mace notes.