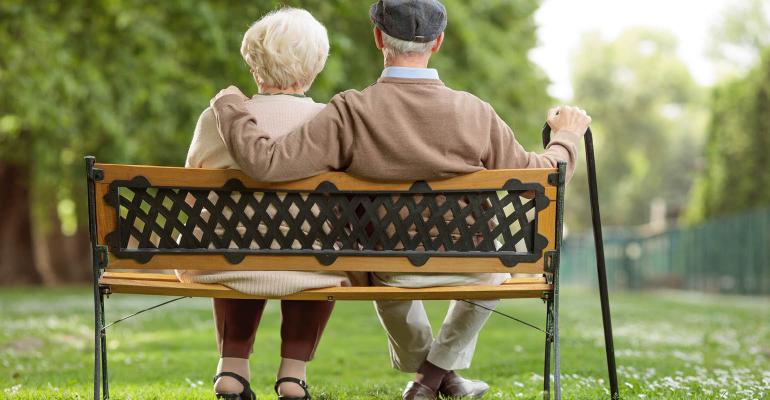 The REITs’ transition from an aggressive acquisition posture to a more disposition-anchored strategy comes against the backdrop of a decline in occupancy rates, a drop in rental rates and a volatile interest rate environment.

Lately, seniors housing REITs have been doing a lot of pruning. By and large, they’ve been trimming more assets than they’ve been acquiring. And it looks as though they’re not going to be putting away the pruning shears anytime soon.

As of early June, Irvine, Calif.-based seniors housing REIT HCP Inc. had $863 million in dispositions either on the books or under contract for 2018. HCP aims to cut its portfolio’s share of seniors housing to around 40 percent, placing more emphasis on medical office buildings and life science properties while reducing its exposure to new supply in seniors housing.

One of HCP’s rivals, Chicago-based REIT Ventas Inc., sold $900 million worth of assets in 2017, while spending nearly $400 million on acquisitions.

Meanwhile, Toledo, Ohio-based seniors housing REIT Welltower Inc. recently upped its forecast for 2018 dispositions from $1.3 billion to $1.9 billion. But that’s balanced by an expected $2.2 billion in acquisition activity this year.

All in all, seniors housing REITs continue to be net sellers rather than net buyers, says Aron Will, vice chairman and co-leader of seniors housing debt and structured finance at CBRE Capital Markets. “The public REITs are still buying,” he says, “but more strategically and selectively.”

Nearly $1.7 billion in seniors housing transactions occurred during the first quarter of 2018, down 57 percent from the same quarter a year earlier, a NIC report shows. From 2015 to 2018, the share of private and institutional investors snatching up assets has soared, NIC data indicates, while the share of deals involving public REITs has shrunk.

That’s not to say that REITs are entirely on the acquisition sidelines. For instance, Rick Matros, CEO of Irvine, Calif.-based Sabra Health Care REIT Inc., told Wall Street analysts in May that the REIT has a $400 million pipeline of acquisitions, mostly in seniors housing. NIC’s first-quarter report shows that in the past 12 months, Sabra had spent more than $2.3 billion on deals involving 280 seniors housing and care properties.

Still, according to CBRE’s Will, REITs have largely ceded their dominance in acquisitions from roughly 2011 to 2016—a period that he dubs “The Great American Land Grab”—to private equity players.

The REITs’ transition from an aggressive acquisition posture to a more disposition-anchored strategy comes against the backdrop of a decline in occupancy rates, a drop in rental rates, a volatile interest rate environment and a still-troubling uptick in new supply (although construction starts are waning in many markets).

Despite those headwinds, observers haven’t soured on the seniors housing sector altogether.

“We believe that these negatives are priced into the sector and that we are near a bottom,” says Matt Kopsky, a REIT analyst at Des Peres, Mo.-based financial services company Edward Jones. “We are favorable on the space, given our view that current valuation levels reflect these challenges, the positive demand drivers of an aging population are around the corner and penetration rates have been increasing for seniors housing overall.”

Nonetheless, executives at seniors housing REITs are realistic about the current climate.

“Obstacles aren’t new to the sector. Today, the environment is difficult, and it likely will remain so for the next few years. New construction has started to decline, but off a very high base, so the absolute number is still elevating,” Scott Brinker, executive vice president and chief investment officer at HCP, told Wall Street analysts in May. “There needs to be a more significant and sustained slowdown in new starts before we would feel confident about the sector returning to strong growth in earnings.”

The sector is likely to keep grappling with the new supply crunch over the next 12 to 24 months or so.

A report from Green Street Advisors, a real estate research firm based in Newport Beach, Calif, says the level of seniors housing construction peaked in 2016-17, but remains elevated. Delivery of that new stock is still a “significant concern” for 2018-19, with national supply growth of roughly 5 percent projected during that period.

Unease about new supply, along with cost-of-capital anxiety, could extend the current disposition-over-acquisition trend, according to Will.

“In other words, if certain markets get worse before they get better, perhaps they’ll continue to focus on being sellers rather than buyers,” Will says.

As the sector contends with the various headwinds, HCP is concentrating on what Brinker calls the REIT’s “biggest opportunity”—adding value to its existing seniors housing portfolio.

“Our assets continue to perform, and we continue to execute on our strategy of partnering with the best-in-class health systems and operators to transform care while delivering superior returns to our shareholders,” he said.

Looking ahead, DeRosa said Welltower will continue to deploy capital in a way that best serves shareholders, whether that’s in seniors housing, medical office or post-acute care.

“We are long-term strategic investors in health care real estate,” he noted.

“There will always be things to buy, sell and prune,” Mitra told Wall Street analysts. “But overall, as we think where we have come in the journey, we think the major dispositions are all done. From an asset management perspective, we will always be selling some. And, particularly, if we see very strong pricing, we might sell some. But overall, from a portfolio mix perspective, large billions of dollars of disposition should be considered roughly done.”

Sabra, however, is on a different track—one that incorporates a bit more pruning. Matros told Wall Street analysts that the REIT is zeroing in on dispositions, new development and “small deals.”

“We’ve been shown large deals, but they tend to be both messy and not compelling, and we simply have no need to follow that path,” he said.

But Matros does envision a path that could shift the existing private equity dynamic in seniors housing.

“We think there are going to be some really nice buying opportunities over the next few years for all of us, as … things don’t pan out the way they’re currently being underwritten by the private equity teams,” he said.