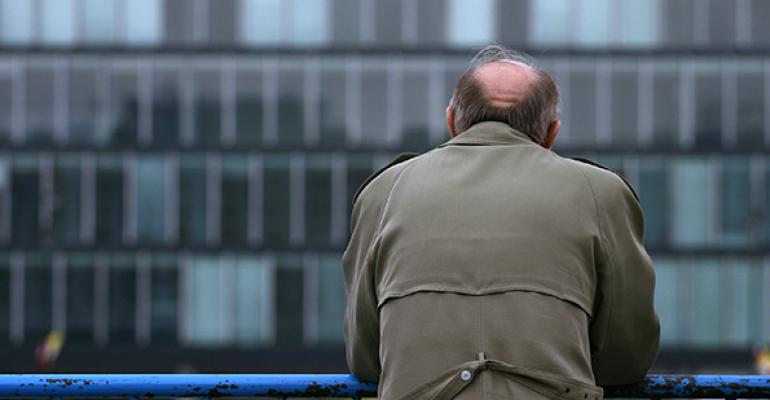 The Seniors Housing Sector is Maturing

The seniors housing sector that we know today largely started in the 1980s and 1990s. It grew out of the need for housing and care for seniors whose adult daughters were joining the workforce at a rapid rate and could not be home to take care of their aging parents. In the years since then, the sector has more fully emerged and matured, and today it has become a more institutionally-accepted asset type in which to invest.

There was very limited data available to investors on the seniors housing and care sector 20 years ago. Unlike with other commercial property types then (e.g., office, retail, industrial and multifamily), familiar concepts such as simple property identification and classification, terminology, inventory counts, occupancy rates and demand and supply measures, simply did not exist for the seniors housing and care sector. Comprehensive, reliable and consistent information on transaction activity was no better than hearsay and word of mouth. Experience, intuition and trust in your partner’s information sources (from the capital provider or capital seeker) was paramount. It was a bit of a “Wild West.” As a result of limited, inconsistent and unreliable data, the sector experienced a higher cost of capital than exists today, with cap rates averaging 10.5 percent or more for high quality product.

By the early 2000s, NIC began collecting data on property market fundamentals, first through its Key Financial Indicators (KFIs) and subsequently through its NIC MAP® Data Service. Today, NIC reports on 99 large metropolitan markets and has 10 years of quarterly time series data on inventory counts, development activity, changes in supply and demand fundamentals, rents and occupancy for its 31 primary metropolitan markets in the United States. And soon, there will be time series data on a total 140 markets (with NIC MAP’s second quarter 2016 data release in July 2016).

From this time series data, we can show that the occupancy rate for the majority of independent living properties was at 91.3 percent in the first quarter of 2016, just ten basis points shy of its eight-year high-water mark for occupancy. Such strong conditions led to annual asking rent growth of 3.3 percent, the strongest pace since 2009. Drilling deeper allows an analyst to examine the market forces that resulted in these conditions, such as discovering that there has been relatively limited new development in the last few years while the improving economy boosted overall demand and occupancy.

Data for the broader seniors housing sector suggest that seniors housing may be a market in equilibrium. Indeed, the occupancy rate for seniors housing was 90.0 percent for the nation’s largest 31 metro areas in the first quarter, a level it has been oscillating around for more than two years. During this period, roughly 25,000 units were delivered, virtually the same number of units that have been absorbed on a net basis.

Beyond greater transparency in market fundamentals, there now also exists time series data on transaction volumes, property-level historical records of buyers and sellers, cap rates and pricing on a per-unit basis as a result of NIC’s strategic alliance with research firm Real Capital Analytics (RCA). Analysis of trends, peak and trough pricing, comparative per-unit pricing for single asset sales versus portfolio-level sales, regional differences in values and risk premiums can be determined and discussed. Greater transparency has, in part, helped to lower the sector’s cost of capital, with cap rates currently averaging 7.5 percent for seniors housing assets and 10.0 percent for skilled nursing properties. These are rates that would have been unfathomable a decade ago. Nevertheless, a risk premium compared with multifamily of 200 basis points or more still exists for seniors housing and care properties.

Other insights from recent data suggest that peak pricing may be behind us. In the first quarter, the rolling four-quarter average price per unit for seniors housing properties was $169,800, down 5.0 percent from the fourth quarter of 2015 and down 0.7 percent from a year ago levels. Lower prices may in turn reflect a slowdown in sales transactions due to a significant decline in the pace of seniors housing trades.

Preliminary NIC MAP data shows first quarter dollar volume of $1.5 billion for seniors housing, the weakest pace since early 2014. On a rolling four-quarter rate, sales volume totaled $12.3 billion, down 29.0 percent from the second quarter 2015 peak of $17.4 billion. This coincided with a drop in the number of closed transactions to 114 deals from 145 closed transactions in the fourth quarter.

But what are seniors housing residents really paying?

The data will be important for benchmarking, strategic planning efforts and day-to-day business operations. The initial data from this initiative will be release during the third quarter of 2016.

Another notable data effort is NIC’s Skilled Nursing Data Initiative. The first release from the initiative was the quarterly Skilled Nursing Data Report, published for the first time on March 10, 2016. This report provides operators and investors with monthly data collected by NIC from October 31, 2011, through December 31, 2015. It is the first data source that breaks out managed Medicare census and rates. In the report, NIC publishes select skilled nursing metrics, including:

The report showed that occupancy decreased as operators faced challenges in managing increased turnover due to the average length of stay decreasing over the last few years. It also showed that Managed Medicare has increased slowly within the patient day mix, suggesting that more patients are enrolled for Medicare Advantage plans. Further, data from this initiative has shown that managed Medicare rates decreased 10.1 percent between October 2011 and December 2015.

Taken all together, these and forthcoming data initiatives will continue to add transparency to the seniors housing and care sector and, as this occurs, investors will become increasingly comfortable with the sector as an investable commercial property type.