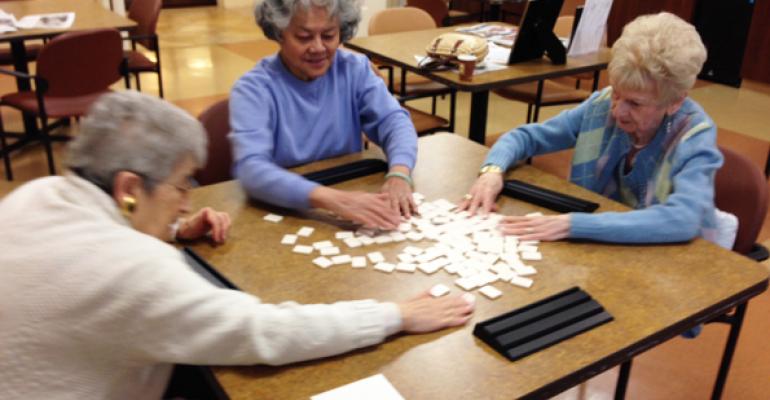 Since peaking at more than $8.7 billion in the middle of 2015, the quarterly pace of acquisitions and dispositions in the seniors housing and care sector has been slowing. At the same time, the mix of buyers has shifted, prices have moved and the cost and availability of debt and equity have changed.

The question now is if the slowdown in transactions activity will be a continuing trend or merely a temporary pause in the market. This commentary will provide a few considerations to think about in answering that question.

The majority of deals were single property transactions, with relatively few portfolio deals occurring. Indeed, of the 96 closed deals in the third quarter, 72 were for single properties (down from 88 in the second quarter and down from the average of 105 in the past few years), while the remaining 24 were portfolio transactions (down from 28 in the second quarter). The large deals of $1 billion or more we’ve seen in the past have been mostly absent in recent quarters, further causing the overall aggregate to be relatively low. Additionally, the third quarter data did not account for Welltower’s acquisition of the Vintage Senior Living portfolio, which was recently announced, for a purchase price of $1.15 billion. This deal will shore up transaction volumes in the fourth quarter. The last time a seniors housing and care deal of $1 billion or more closed was the Griffin/NHI Trilogy in the fourth quarter of 2015.

The scarcity of megadeals is not unique to the seniors housing and care sector; it also is occurring in other commercial real estate sectors. RCA reported a 23 percent drop in commercial property transactions from year-earlier levels in August to $30.5 billion, largely due to “pronounced” declines in portfolio and entity-level transactions. RCA attributes some of the slowdown to a pullback in CMBS lending. For seniors housing, CMBS is not a significant source of debt financing, so other factors are associated with its slower pace of activity.

In fact, public buyer volume for seniors housing and care properties, largely comprised of the public REITs, continued to decline in the third quarter, falling 48 percent from the second quarter and 74 percent from year-earlier levels. As a share of total seniors housing and care transactions, the public buyer group represented only a 23 percent share in the third quarter, down from its average share of 50 percent since 2008.

On the flip side, we saw growth in the share of the volume from private buyers, which is defined as any company that is not publically traded (for example, a private REIT or single owner or partnership). At $1.1 billion in the third quarter, it represented 53 percent of the transaction volumes for seniors housing and care. This was well above the 36 percent share normally held by private buyers and marked the 13th consecutive quarter (since mid-2013) of more than $1 billion of closed transactions. The institutional buyer represented 22 percent of third quarter transactions, considerably more than its historic 12 percent share.

Other factors that may help explain the recent trend of slower transaction activity may include the absence of large megadeals being offered by sellers in the market. The big public REITs, for example, often prefer larger deals to achieve economies of scale or deals that are sufficiently large enough to have an impact on their measured performance. Indeed, the rapid growth of the large public REITS in the past several years has made it challenging to execute transactions that "move the needle.” There is also a growing sentiment among capital providers that fewer well-qualified operating partners exist that are not already in significant joint venture, RIDEA or NNN relationships with capital partners. This was a view shared by some panelists at the recent 2016 NIC Fall Conference in Washington, D.C.

There also may be prospective deals listed, but offered at price points that are not attractive to potential buyers. This may be changing, however. NIC’s third quarter data on pricing shows average per-unit pricing for seniors housing is down 7.0 percent from year-earlier levels, to $164,000. This was the third consecutive quarter of falling prices. CBRE’s recent Senior Housing and Care Investor Survey results from the first half of 2016 also indicate that the market may be at a turning point in terms of pricing. The results suggest that cap rates are edging up and that spreads between going-in and exit cap rates are narrowing as market participants try to “find ways to make deals work,” according to CBRE. This changing price environment may be keeping some buyers on the sidelines as they wait to see where the dust will settle, so to speak. Additionally, lending standards may be getting tighter, affecting the ability to obtain debt, which in turn will directly impact the ability to execute and close transactions. The Federal Reserve’s Senior Loan Officer Opinion Survey on Bank Lending Practices indicated that a large percentage of banks were tightening their lending standards in the third quarter of 2016 compared with recent years.

Will the trend continue?

And now, let’s look ahead to see if the slowing transactions trends are here to stay. There is a lot of capital on the sidelines waiting to be invested in commercial real estate. This includes traditional sources of equity capital such as pension funds and endowments, sovereign wealth funds, public and private REITs and debt capital as well. According to Preqin, there were 492 global private real estate funds being marketed in January 2016, targeting $174 billion of institutional investor capital. There is also potential for a boost in the flow of capital into REITs and their returns as a result of the new classification of real estate securities into their own Global Industry Classification Standard (GICS) category. Some of this capital will be allocated to seniors housing and care, if for no other reason than because the investment case for seniors housing is quite compelling.

With brevity in mind, the bullet points below summarize some of these compelling reasons.

Seniors housing is considered a core real estate asset class by some.

Seniors housing is a substantial and growing sector.

It has desirable demographic trends.

Based on NCREIF investment return data, the sector has produced compelling returns and offers a sizeable risk premium.

Peak pricing appears to be behind us, and the market will be re-establishing a new balance between buyers and sellers.

There is growing liquidity in the sector, providing ample opportunities for exit strategies.

Through the efforts of NIC and others, there is greater transparency and understanding of the sector, including supply and demand market fundamentals.

Governmental and social policy changes regarding healthcare and costs, as well as changes in post-acute care payment and delivery systems, are creating opportunities for both operators and investors.

Adult children and residents have a better understanding of social/psychological benefits of living in seniors housing.

To me, this suggests that any capital currently sitting idle on the sidelines will become increasingly restless and eventually will find its way into other investment opportunities, including the seniors housing and care sector. In other words, the recent slowdown in transaction volumes is potentially just a pause, and the pace of activity will once again increase in the quarters ahead as the market price resets.