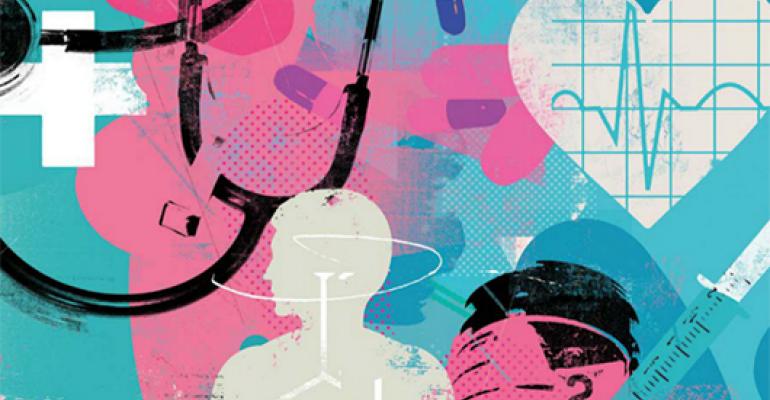 Executives at several seniors housing REITs say the burdens of more supply coming on-line this year are being complicated by a particularly nasty flu season.

The 2018 prognosis for seniors housing REITs isn’t exactly healthy, as they’re collectively fighting supply headwinds as well as the flu.

Executives at several seniors housing REITs say the burdens of more supply coming on-line this year are being complicated by a particularly nasty flu season, which is accelerating move-outs and delaying move-ins.

Seniors housing properties across the country have taken extra precautions during the 2017-18 flu season to reduce the spread of the illness. Americans 65 and older are more susceptible to flu-related hospitalizations and deaths than any other age group.

In many cases, the double whammy of the supply challenge, which some say is easing, and the flu outbreak is prompting seniors housing REITs to forecast weak or even negative NOI growth in 2018 for their senior housing assets.

“This is going to be a challenging year for the senior housing REITs,” says Andrew Suh, a seniors housing REIT analyst at Green Street Advisors, a real estate research firm based in Newport Beach, Calif.

Citing the supply and flu issues, HCP CEO Tom Herzog says the REIT has a “cautious view” of its seniors housing portfolio in 2018.

However, David Hegarty, chief operating officer of Newton, Mass.-based Senior Housing Properties Trust, says the flu outbreak should affect only the company’s first-quarter numbers in 2018. Some properties are feeling the pressure of new supply, he adds, but overall revenue for independent living and assisted living is “holding steady.”

All of the seniors housing REITs are contending with some level of supply and occupancy headwinds, though. In the fourth quarter of 2017, the seniors housing occupancy rate in the U.S. stood at a relatively anemic 88.8 percent, according to the National Investment Center for Seniors Housing & Care (NIC). During the same quarter, seniors housing construction as a share of existing inventory was a robust 6.6 percent, the center found.

While new supply and the flu are expected to hit seniors housing REITs fairly hard this year, observers say there’s another matter that keeps nagging the industry: hiring and paying employees.

“Competition for residents and employees will continue to increase throughout the year as development projects are delivered and take a couple of quarters to stabilize,” Suh says.

“There will likely be an acceleration of staff shortages throughout the industry, but especially in rural markets where we have already seen a few senior housing communities having to close due to insufficient staff,” Carle says.

As seniors housing facilities compete for workers, they’ll be forced to bump up pay as a recruitment incentive, according to Carle.

The one factor that’s still on the side of seniors housing REITs is the aging of baby boomers, Carle says. Yet even an almost guaranteed pool of new residents isn’t enough to assure success, he adds.

The advent of technology that enables older Americans to live at home longer, coupled with a lack of affordable, diverse seniors housing options, is “likely to have a larger effect on senior housing than many think,” Carle says.

Despite downward pressures like new supply, Susan Givens, CEO of New York City-based seniors housing REIT New Senior Investment Group, says the seniors care industry “is one of the most exciting and compelling industries to be invested in.”

Still, the compelling narrative for seniors housing doesn’t mean the sector will be trouble-free.

“A caveat to a rosy outlook is that supply will follow where there is demand,” Suh says.