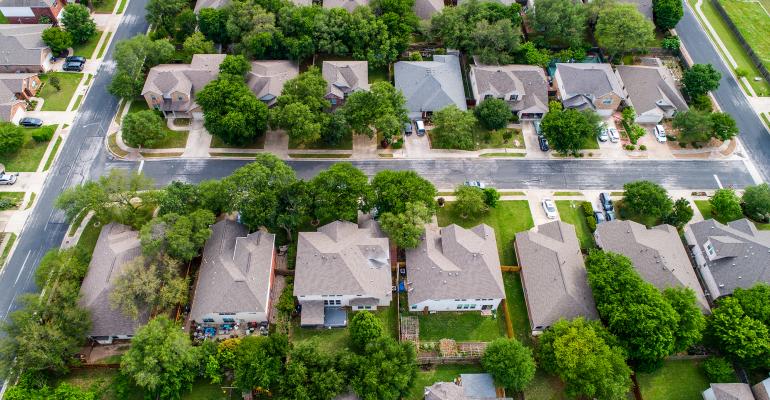 Demand for milling-dollar homes is growing faster than any other price tier.

(Bloomberg)—Wealthy Americans, largely untouched by the recession and eager for more living space, have been on a homebuying binge.

Demand for million-dollar homes is growing faster than any other price tier in the pandemic-driven U.S. housing boom. In October, applications for mortgages larger than $766,000 jumped 59%, the biggest gain for all segments measured by the Mortgage Bankers Association. By comparison, the increase for mortgages from $150,000 to $300,000 was 13%.

The Rich Get Busy

Investors are concerned it might not last. Shares of luxury builder Toll Brothers Inc. fell the most in a month Tuesday after the company crushed estimates with a 68% jump in home orders for the three months through October.

Buyers with money have been rushing to scoop up large suburban homes, where they can live more comfortably in the era of social-distancing. That’s benefited builders like Toll, which markets properties with backyards and ample space for home offices and Zoom schoolrooms.

“We are currently experiencing the strongest housing market I have seen in my 30 years at Toll Brothers,” Chief Executive Officer Douglas Yearley said in the company’s earnings statement Monday. He attributed to strong quarter to low borrowing costs, an undersupply of new and previously owned homes and “a renewed appreciation for the home as a sanctuary.”

“The work-from-home phenomenon is also enabling more buyers to live where they want,” he said.

Still investors are on edge, fearing that mortgage rates will creep up and kill off the boom.

While Toll’s order growth was strong, there were signs that demand had slowed as the quarter progressed. The company previously reported preliminary results that showed orders in the first half of the quarter surged 110% from a year earlier.

Toll’s forecasts for profit margins and closed sales in its current quarter were disappointing to analysts including Carl Reichardt at BTIG. The guidance seems at least partly driven by strong volume in the previous quarter, “which renders the backlog thinner,” he wrote in a note to clients Monday after Toll released results.