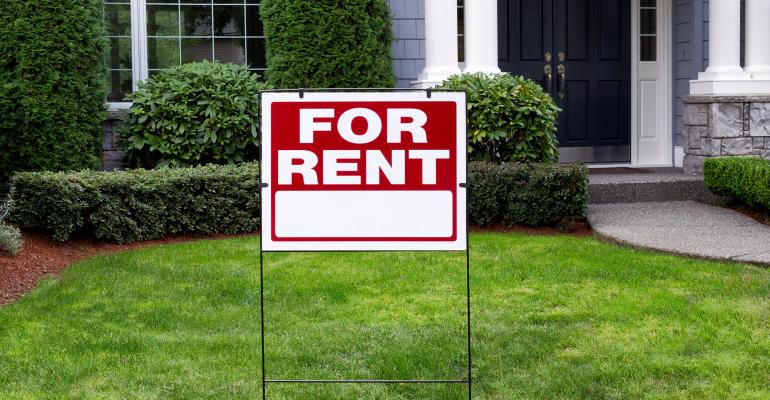 The single-family rental (SFR) market continues to benefit from strong demand and rental growth, according to industry sources.

In high-growth markets including Texas or Florida, SFR yields after expenses now average in the 4- to 5-percent range, according to Douglas Bendt, president of Bendt Enterprises, a consulting firm based in Boulder, Colo. (Bendt does note that gross yields on investment have declined somewhat in markets that have been popular with investors, including Atlanta and Phoenix).

“[Investor demand is still increasing] because even though yields are lower than they were a year ago or 10 years ago, they’re still higher than the returns on [other] financial assets,” says Bendt. “So, the higher price rentals like some of the bigger companies have been investing in, a lot of those houses are above the median price, and gross yields are maybe in the 7- to 8-percent range. After expenses, you’re down to 4 to 5 percent. But 4 to 5 percent compared with…yields on most equities still looks pretty good.”

Starwood Capital Group, a private investment firm, recently purchased hundreds of single-family rental homes through third-party platforms such as Roofstock and Tiber Capital Croup, according to Bloomberg. The deal marked the firm’s return to purchasing SFR properties after being an early investor in those properties after the U.S. foreclosure crisis.

Starwood declined to comment on the deal or the location of the newly acquired properties.

On the other hand, private equity giant Blackstone recently sold the last of its shares in Invitation Homes, its SFR REIT spin-off. Blackstone sold around 11 percent of its shares for about $1.7 billion, reports the Wall Street Journal. According to the Journal, when including dividends paid before and since Invitation Homes’ IPO in 2017, Blackstone made $7 billion on the company, or more than twice its initial investment.

According to data from the U.S. Census Bureau, the national occupancy rate for SFR properties averaged 94.3 percent in the third quarter of 2019. The sector has also been experiencing steady rent growth for the past several years, notes Stephen Buteau, managing director for residential mortgage-backed securities at Morningstar.

Rent growth in the top 20 metropolitan areas has averaged 4.3 percent annually since 2016. Only Chicago, Indianapolis and Houston had average rent increases of less than 3.0 percent, according to Bendt Enterprises research.

Average cap rates on SFR assets held steady at 6.3 percent through the summer months and remained near their lowest levels ever, according to a third quarter report from Arbor, a commercial and multifamily lender. SFR cap rates peaked at 11.0 percent back in 2012, Arbor data shows. What’s more, the spread between SFR and multifamily cap rates is now only 110 basis points, reflecting that the sector is no longer viewed as being much riskier than apartment rentals.