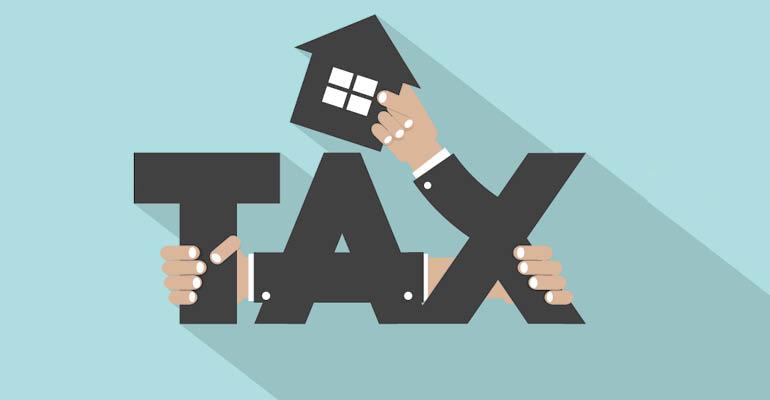 Prop 13 limited local property taxes to 1 percent of purchase price (or of the assessed value in 1975) and capped subsequent increases at 2 percent a year.

(Bloomberg Opinion)—Forty years ago last month, Californians passed Proposition 13, the property-tax limitation that helped spark a national tax revolt. It’s still popular. In a March survey by the Public Policy Institute of California, 57 percent of residents, and 65 percent of likely voters, said it had been mostly good for the state, with only 23 percent saying it had been mostly bad.

Prop 13 limited local property taxes to 1 percent of purchase price (or of the assessed value in 1975) and capped subsequent increases at 2 percent a year. It also required a two-thirds legislative majority for new state taxes and two-thirds voter approval for new local taxes.

The law enjoys continued support because it gives homeowners predictable expenses. You can’t get forced out of your home simply because it’s become valuable. You move when you’re ready.

There are, however, perverse effects, some of which have been amplified by the dramatic run-up in housing prices in the Bay Area and Southern California. Prop 13 doesn’t just allow people to keep their homes until they want to sell. It also encourages them to hang on long past the time when they would have otherwise moved on. This lock-in exacerbates California’s housing crisis.

“There are a lot of people who will never sell their house and buy another one because of the property taxes,” says Robert F. Kevane, a San Diego CPA and real estate broker. His tax-preparation practice gives him an intimate view into the phenomenon. Empty nesters paying, say, $2,000 in property taxes on a two-story family home they bought decades ago balk at trading it for a one-story place with an $8,000 tax bill. “Even if you can pay off your house at some point in time, that tax never goes away,” says Kevane.

To ameliorate the lock-in problem, in the 1980s California voters passed initiatives that let people over 55 take their lower assessment to a new home, as long as the new place costs no more than the old one sells for. Proposition 60, passed in 1986, applies to in-county moves, while Proposition 90, passed in 1988, allows inter-county transfers if the new county approves. Homeowners can use their old assessment on a new property only once.

The initiatives do make a difference. In a 2010 paper in the Journal of Public Economics, Wharton School real estate economist Fernando Ferreira found a “sharp discontinuity” in the likelihood of moving between homeowners 54 years old and those just a year older. “The probability of moving for a 54-year-old is 4% while for 55 year olds it reaches 5.2%,” he wrote. “This 1.2% point difference is presumably caused by the effect of Propositions 60 and 90.”

An initiative on this November’s ballot, Proposition 5, aims to reduce the incentive to stay put. It would remove the limits on the new home’s price, let homeowners transfer their assessment every two years rather than only once, and allow them to take their old assessment anywhere in the state. Someone could sell a $500,000 house with a $200,000 assessment, buy a new home for $600,000, and have a new assessment of $300,000 — the old one plus the difference.

Kevane, who’s been pushing the idea for more than a decade, thinks many older homeowners would opt for new construction, which tends to be more expensive, freeing up older, less-expensive homes for young buyers. “It would create a housing market for people to move up to that builders can build to,” he says. “It’s very hard building a single-family place, at least down here, for less than about $800,000.”

It’s a good idea, but it’s a fairly minor reform. In pricey areas, two enormous tax distortions will still encourage California homeowners to stick to the old homestead. One is the federal capital gains tax, which kicks in on any profit of $250,000 or more for an individual or $500,000 for a couple. In a state where tiny bungalows routinely go for well over $1 million, that’s not much of an exemption. “There are people in San Francisco who won’t sell until they die because of the capital gains,” says Kevane.

Even when they die, their houses may never hit the market. In the same 1986 election in which voters passed Prop 60, encouraging older owners to move, they passed a different measure with the opposite effect. Known as Prop 58, it created a new class of landed aristocrats: the descendants of people who bought their homes at low prices.

The law lets homes (and up to $1 million in other property) pass from parents to children without a step-up in assessed value. Another initiative, Prop 193, does the same for grandchildren when their parents are deceased. Together these exclusions all but guarantee that a significant portion of California homes will never go on sale. They can, however, be rented out at market prices.

In a 2016 study published in the Journal of Housing Research, Norman G. Miller of University of San Diego and Michael A. Sklarz of Collateral Analytics examined San Diego County home sales and property taxes by neighborhood. The lower the property-tax assessment as a percentage of appraised value, the lower the turnover in the neighborhood.

Pulling an address at random, they found a four-bedroom, five-bath house on Coronado Island built in 1917. If it sold at its market value of slightly over $2 million, the new owner would pay property taxes of $21,578. But the actual property taxes in 2014 were a mere tenth of that: just $2,175. No wonder the neighborhood has few sales. “One can imagine,” the economists wrote, “the great-great-great-grandchild of an owner of a property in Coronado, paying a small fraction of what the newest neighbors pay will find it almost inconceivable that they could sell such a property.”

Economist Milton Friedman, who supported the original Prop 13, famously said that he was “in favor of cutting taxes under any circumstances and for any excuse, for any reason, whenever it’s possible.” Following that maxim, I voted for Props 58 and 193. It was a huge mistake — one I believe Friedman himself would recognize. Some tax cuts so distort price signals and arbitrarily favor some taxpayers over others that they corrode both market processes and equality before the law.

By itself, Prop 13 is fine. Its distortions would correct themselves over time, if only because death is as sure as taxes. But it wasn’t meant to establish a perpetual privilege. A state that prides itself on its dynamism shouldn’t have tax laws that lock people in place.

To contact the author of this story: Virginia Postrel at [email protected]