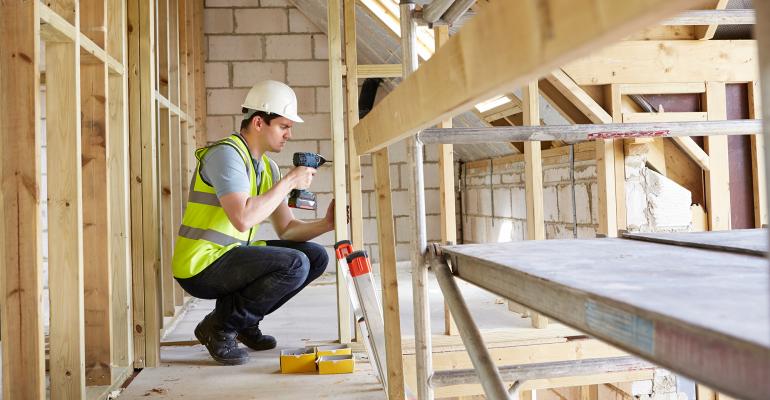 The administration is concerned about the risk to the government’s portfolio of federally-insured mortgages.

(Bloomberg)—The Trump Administration is cracking down on national affordable housing programs because of concern over growing risk to the government’s almost $1.3 trillion portfolio of federally insured mortgages.

The effort targets providers of money for borrowers who can’t afford the 3.5 percent down payment typically required on Federal Housing Administration loans. Such help -- from government agencies and families -- enables 4 in 10 FHA loans. Borrowers in government down-payment assistance programs become delinquent at about twice the rate of those who put up their own money.

A new U.S. Housing and Urban Development guideline, published on its website late last week, would be particularly harmful to the Chenoa Fund, one of the largest down-payment programs in the U.S.

A Utah mortgage entrepreneur named Richard Ferguson runs the Chenoa Fund on behalf of the Cedar Band of the Paiutes, a tribal government in Utah. It is providing about $100 million a month in loans to borrowers who can’t meet FHA down-payment requirements.

While many cities, counties and state housing finance agencies also provide similar help, they typically limit the loans to local residents. Chenoa operates nationally. HUD said government agencies must document that they are helping borrowers buy property only within their jurisdictions. Tribal governments, it said, may only offer assistance to members living on tribal land or elsewhere.

“This is obviously very concerning,” Ferguson said in a phone interview. “It appears that HUD is trying to put the tribe back on the reservation.”

Cedar Band’s mortgage company said in a statement that the HUD action is discriminatory against Native Americans and would hurt minority borrowers who represent more than half of Chenoa’s customers. It plans to challenge HUD in court, according to the statement.

The Chenoa Fund was the subject last year of a Bloomberg Businessweek article, which detailed concerns in the industry and Washington about its practices. Chenoa not only provides down payments for borrowers across the country but it also profits from making the loans by charging above-market rates and fees.

The agency reiterated that no one offering down-payment assistance should financially benefit from the transaction. Some members of the tribe say they see little evidence that profits from the Chenoa Fund have filtered down to them.

After the 2008 housing crash, Congress prohibited down-payment assistance from any party with a financial interest in a transaction. Such operations ended up costing the FHA’s insurance fund $17 billion when borrowers got in trouble.

But the FHA’s ban didn’t apply to federal, state, and local government programs, which now make up the majority of the 2,500 U.S. down-payment assistance outfits.