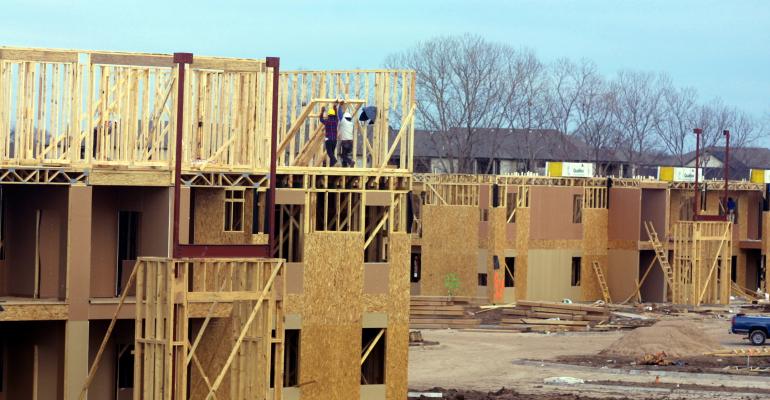 U.S. Housing Starts Fall in March to Weakest Pace Since 2017

(Bloomberg)—U.S. new-home construction unexpectedly fell in March, decelerating to the slowest pace since May 2017 and suggesting builders remain wary even as lower mortgage rates and steady wage gains offer support to consumers.

Residential starts fell 0.3 percent to a 1.139 million annualized rate after a downwardly revised 1.142 million pace in the prior month, according to government figures released Friday. Permits, a proxy for future construction, slumped 1.7 percent to a 1.27 million rate. Both figures missed estimates.

The drop signals developers continue to struggle to build affordable properties amid rising labor and materials costs. Still, there have been signs of stabilization in real estate, with mortgage rates down from last year and the Federal Reserve signaling that it’s likely to keep borrowing costs on hold this year. Data next week may add to signs of a cooling-yet-stable housing market in March. Existing home sales -- which account for about 90 percent of the market -- are projected to ease from February’s jump, the biggest since 2015, while new home sales are forecast to pull back from the best pace in almost a year. The results may reflect some influence from harsh weather, particularly heavy snowfall in the Northeast and record flooding along the Mississippi and Missouri rivers.

Single-family starts fell 0.4 percent to 781,000, the slowest pace since September 2016, while permits decreased 1.1 percent to 808,000, the lowest since August 2017. Starts for multifamily homes, a category that includes apartments and condominiums and tends to be volatile, was unchanged at a 354,000 pace. Permits fell 2.7 percent. Three of four regions posted declines, led by a 17.6 percent drop in the Midwest. Starts in the West rose 31.4 percent. About 197,000 homes were authorized but not yet started, the same level as the prior two months and a signal of steady supply for the months ahead. The report, released jointly by the Census Bureau and Department of Housing and Urban Development, will next be released on May 16.