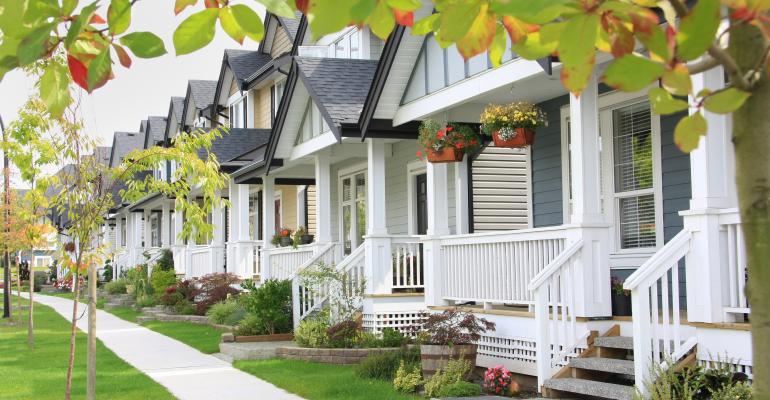 Homeowners over the age of 55 currently own almost 42 million homes, or 53 percent of the owner-occupied housing stock.

(Bloomberg Opinion)—For a generation of prospective homebuyers in the U.S., there are two chronic problems with the housing market: an overall lack of supply, and low affordability in many markets. As policymakers think about this, they usually focus on how to create more supply by building. While that idea should be pursued to its fullest, the reality is that development takes time, and many areas resist it — so much so that the more likely significant relief for the housing crisis will come as baby boomers’ houses go on the market.

To put the supply situation for young would-be buyers in perspective, it helps to look at the change in the age composition of homeowners since the peak of the last cycle. With newly-released 2018 data now available, we can see that since 2006, the number of homeowning households in the U.S. has increased by 2.8 million, with 2 million of that increase occurring in 2018 alone. Broken down by age, older homeowners — those 55 and over — have increased by 9.6 million, while younger homeowners — those under 45 — have decreased by 4.3 million.

This age divergence in homeownership is a function of both the aging of the population and the demographics of who was affected by the housing bust. The people most negatively impacted by the housing bust were people who bought near the peak in home prices and/or who took out nontraditional mortgages that had interest-rate resets which led to a surge in their monthly mortgage payment. Those buyers tended to be younger, and after losing or walking away from their homes had damaged credit scores and weren’t able to purchase a home again for several years after the financial crisis. And then the generation coming up behind that "last in the door" cohort of buyers was plagued by high unemployment post-crisis and no longer had access to nontraditional financing, leading to fewer young homeowners in the years following the crisis.

Older homeowners, on the other hand, mostly kept their homes. In 2006 there were 5 million homeowners between the ages of 65 and 69. In 2016 there were 7.6 million, an increase of over 50 percent. This doesn’t mean there was a surge in post-crisis homebuying on the part of older Americans. It’s just that the large cohort of age 55 to 59 homeowners in 2006 got a decade older, swelling the ranks of older homeowners.

When thinking about the dearth of available housing supply confronting younger people, it’s helpful to put the stock of homes owned by older Americans into perspective. At the peak of the housing boom, the U.S. built around 1.8 million single-family homes in a year. Recently, with land and construction labor more constrained and more expensive, we’ve been building more like 800,000 a year. At a pace similar to the past several years, we could expect to build maybe 10 to 12 million single-family homes over the next decade in a somewhat optimistic scenario.

By comparison, homeowners over the age of 55 currently own almost 42 million homes, making up 53 percent of all owner-occupied houses in America. And those homes are all going to hit the market eventually, as owners downsize or die. This won’t be apparent for a while, but then there will be a 15- to 20-year period when it’s a major factor in the U.S. housing market.

Downsizing for older homeowners, to the extent it happens at all, doesn’t begin until age 75 or so. The oldest baby boomers are just now hitting that age. We probably won’t see significant amounts of housing inventory from baby boomer downsizing until the latter part of the 2020s, which is sure to frustrate buyers looking to enter the market before then.

The news is better or worse depending upon where you live. Populations are older in rural communities and in the Northeast and Midwest, which should mean more supply for prospective buyers in those geographies as inventory from older owners finds its way onto the market. The situation is likely to be worse in faster-growing and younger metros in the South and West. A microcosm of this could be the sluggish housing market in Greenwich, Connecticut, while the housing market in San Francisco booms.

Finding ways to build more housing will help, but ultimately some housing imbalances will resolve only when older owners’ homes go on the market.

Conor Sen is a Bloomberg Opinion columnist. He is a portfolio manager for New River Investments in Atlanta and has been a contributor to the Atlantic and Business Insider.

To contact the author of this story: Conor Sen at [email protected]