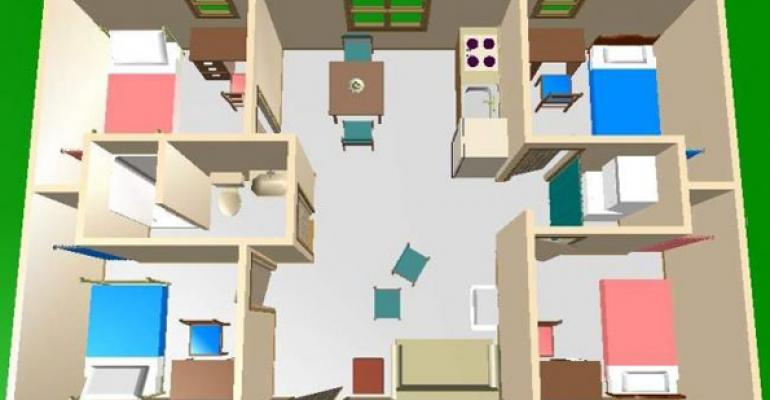 Privatization Should Help EdR Get Over Capital-Raising Hurdles

With its stock trading at a discount, it had been difficult for the REIT to get the quick access to capital needed for new development.

This week’s sale of student housing REIT Education Realty Trust (EdR) to an affiliate of Greystar Real Estate Partners—the latest big M&A move in the REIT space this year—came as little surprise to the investor community. The buyer is a newly formed perpetual life fund created by a joint venture of Greystar and Blackstone Real Estate Income Trust.

Not only had news stories previously hinted at the $4.6 billion transaction, but EdR's stock price—like that of many REITs—has been suffering recently and its portfolio was undervalued compared to private portfolios, says Drew Babin, senior research analyst at Robert W. Baird & Co.

“It’s a great way to close that gap pretty quickly,” Babin says of the transaction.

The pricing appears on par with what analysts think EdR is worth. The fund, called the Greystar Student Housing Growth and Income Fund, acquired EdR's student housing portfolio in an all-cash deal valued at $41.50 per share that has been approved by EdR's board. The pricing represents a premium of 26.3 percent over EdR's 90-day volume-weighted average share price as of the end of May. As of Wednesday morning, EdR's stock price was trading at $41.39 per share.

Alexander Goldfarb, managing director and senior REIT analyst at Sandler O’Neill + Partners, says the pricing is “accurate.” “It's reflective of where private market values are,” he notes.

A spokesman for EdR referred requests for comment to Greystar. In a press release, EdR CEO Randy Churchey said the transaction maximizes stockholder value. “We are certain today’s announcement is in the best interest of all of EdR’s stakeholders, including university partners, employees and stockholders,” Churchey stated.

Going private should also help EdR solve issues related to capital raising and its development pipeline; with its stock trading at a discount and subject to variability, it had been difficult for the REIT to get the quick access to capital needed for developments, Babin notes. However, private investors are able to apply more leverage to deals than public companies. JP Morgan Chase is lending $3 billion to help finance the transaction, according to Commercial Real Estate Direct.

EdR, which owns or manages 79 communities with over 42,300 beds at 50 universities, has an active development pipeline. As of December, the company was at work on 12 projects with 7,464 beds on or close to the campuses of large schools.

For Greystar, the move allows the company, whose core business is multifamily, to build up its student housing business. Greystar has managed some 59,000 student housing beds over the past 15 years.

“It was very unique opportunity to not only get an amazing portfolio with very high quality, on-campus, and really close-to-campus properties, but also a very heavy development pipeline,” says Bob Faith, founder and CEO of Greystar.

Faith adds that another prime benefit of the merger is EdR's team, which has built well-managed properties at many top universities around the country.

According to Babin, it appears that Greystar is committed not just to buying EdR’s assets, but also the on-campus relationships that EdR has established. “It’s all going to continue, but in a private environment,” Babin says.

The deal should also bode well for EdR’s main competitor in the REIT space, ACC. “They’ll be the sole, remaining student housing entity, and also … their stock won’t be influenced by EdR, so it works out well for them,” Goldfarb says.

Neither Goldfarb nor Babin anticipate a buyout transaction for ACC in the foreseeable future.