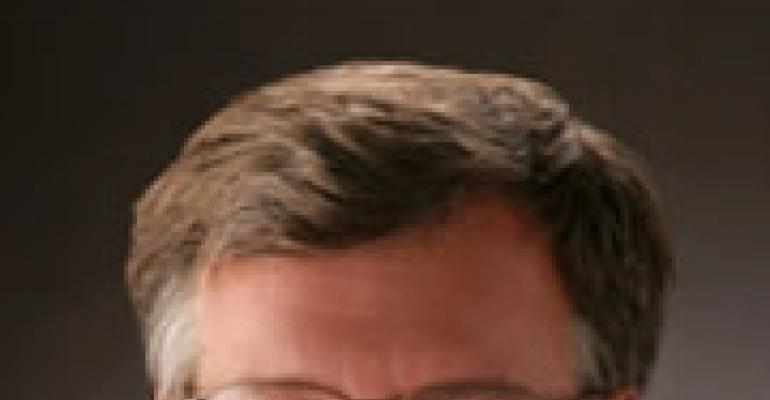 Q&A with Al Skodowski and Rick Walker of Transwestern

With fewer deals in the pipeline and asset hold times projected to increase in the coming year, building operations and management will move to the forefront. As operations gain in importance, sustainability — and therefore energy savings — may well not only survive but thrive, according to Al Skodowski and Rick Walker of Houston-based Transwestern. Skodowski is senior vice president and director of sustainability and Leadership in Energy and Environmental Design (LEED) for the firm while Walker serves as vice president of sustainability services.

Transwestern, a privately held commercial real estate and development firm, leases and managed 138.7 million sq. ft. of office properties across the country. In partnership with the U.S. Green Building Council, the company currently is pursuing LEED for Existing Buildings certification for just under 100 assets across the country. NREI recently spoke with Skodowski and Walker about the impact of the recession on green buildings.

NREI: How will green building be impacted by a negative economy next year?

Walker: Vacancy rates are certainly not going down. One of the things we’re seeing is people saying, “What kind of additional amenities do I need to have in a facility to both keep the current tenants and attract other tenants?” It actually looks as if green is one of those things that not only survives in this economy, but thrives in this economy.

NREI: Which components of sustainability will gain importance over the next year?

NREI: Will LEED certification lose importance amid deteriorating fundamentals in 2009?

Skodowski: People are still skeptical and may forego actually moving forward with a hard certification. They may look to line up all the parts and pieces and take as many benefits as they can that connect to LEED, but some folks may forego the actual cost of completing the certification, meaning hiring a consultant to help them get through the data collection and submittal process.

You’ll see more people try to internalize [sustainability measures] as opposed to pulling it in from the outside. They’ll still look to have people help them with it, but they’re not going to try and shove things through for hard certification so they can get that plaque on the wall unless there’s some true [return on investment] tied to having that plaque.

Walker: It’ll be interesting to see what happens as we see more and more businesses, and city and state governments, starting to look at sustainability. As they take on vision, mission and goals associated with sustainability, we will find that there will be transformations within an organization where suddenly they’ve outgrown the space they were in — not just from a physical perspective, but from a philosophical perspective. It’s going to behoove the real estate market to understand exactly what’s going on with their tenants because their tenants are likely to move faster than they’re going to move.

NREI: Which green technologies will thrive in a down market and which will go by the wayside?

Walker: The green technologies that are equivalent in price to the non-green technologies will thrive. What’s going to go by the wayside? Perhaps nothing, as long as these organizations keep developing new product and service that aligns very well with, and is cost-competitive to, existing technology.

Skodowski: For the last couple of years, if [a new technology] was greater than a three- to five-year payback, it simply wasn’t taken to ownership. The bigger ticket items that can reduce operating expenses and maybe help do away with some of the obsolescence or deferred maintenance — whether it be a chiller replacement, rooftop or building automation system — I think you’re going to see some of those parts and pieces come forward by owners that have money to spend and can now invest in the assets themselves.

NREI: What is the likelihood that distressed assets will be refitted for sustainability?

NREI: What is Transwestern’s current sustainability strategy and how will it change in the downturn, or has it already changed?

Skodowski: It has changed to some degree. We haven’t lost the focus of turning Transwestern green and putting all of the parts and pieces into place so that the people in the field ultimately are able to implement green on their assets for the various ownerships. The difference now is that my group is able to work on projects that we don’t necessarily manage, lease or develop.

NREI: For a municipality, for instance, what does that mean?

Skodowski: It means doing gap analyses, helping them get their buildings EPA benchmarked, and then navigating them through the LEED process. So take what they’ve learned on the one asset through a LEED certification, and then help them adopt it as standard practice and roll it out to the other 400 or so assets in their portfolio.

Our goal isn’t to become a company that just simply manages LEED certifications for people; it’s really to help them navigate and then own the process, and utilize us where they need us as opposed to having to need us all of the time.