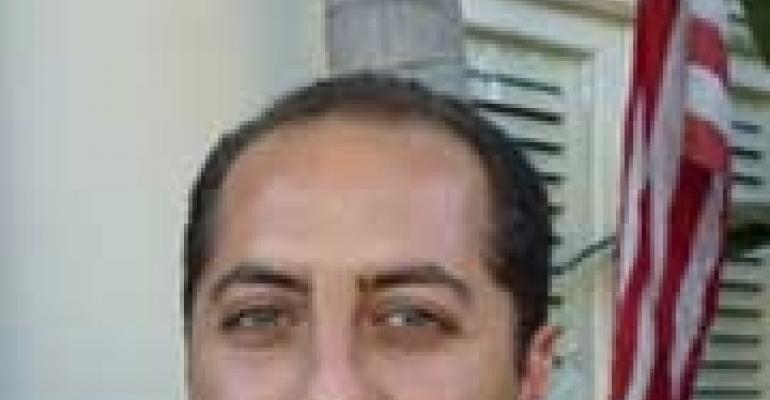 The industrial market is doing well, and adaptive reuse of industrial properties is thriving, but acquiring an industrial property can be a very complicated transaction. Environmental remediation and monitoring have become integral to industrial renovation projects, which frequently involve exposing metals and solvents remaining from the past uses of the building or site. Not all chemicals require remediation, but if the soil or groundwater is damaging to the environment or human health or lowers the property’s monetary value, then remediation is required, especially as U.S. regulations to protect soil and water resources and LEED compliance regulations are constantly being tightened.

What industrial property owners may not realize, however, is that even if chemicals have never been used in a particular building or site, it can still be contaminated from another building due to vapor intrusion. For a number of reasons, vapor intrusion is both less obvious and perhaps a more insidious form of contamination. That’s why environmental engineering firms like Los Angeles-based Andersen Environmental are playing ever larger roles in industrial building projects by analyzing a site’s past uses as well as its uses by current tenants to determine whether there are environmental conditions that could be a liability for the owner.

NREI: What are some of the environmental challenges that a developer should look for when acquiring former industrial properties?

Dennis Ironi: Phase one is finding out the property’s historical uses—understanding what processes have taken place and what processes are taking place at the property. From there, determination can be made as to what safety or preventative measures need to be implemented for the cleanup efforts. One of the biggest things out there today is vapor intrusion, which is usually the result of some kind of soil or groundwater contamination in the area—that’s where doing a phase one historical study on a site would be helpful. You can address those issues at that time and place any safety construction there in order to prevent those problems for your tenants in the future.

Some other challenges we’ve encountered are insufficient mold coverage when it comes to insuring your property. A lot of property owners end up paying for their mold-related work out of pocket, whenever they have water damage. Some other property owners have [unknowingly depended on tenants’ providing reports from] clandestine laboratories when the landlords are not familiar with what their tenants are doing in their properties. You have to know what your tenants are doing on your properties. If they’re using some kind of chemicals, there are ways in which you could be ready for and prevent those circumstances. Those are the hot topics that we see nowadays.

What are some of the challenges that you’re seeing?

Matthew Rodda: The biggest challenge that we see landowners and developers dealing with today is the vapor intrusion risk. It wasn’t until 2005 that the California Department of Environmental Conservation came out with guidance for us to use, and nationally we’re seeing a heightened interest by the regulatory bodies at state and local levels to address vapor intrusion risk with respect to properties that are undergoing some kind of environmental cleanup. That’s translating to properties that aren’t necessarily under any sort of regulatory action.

Environmental due diligence process has now evolved to the point where vapor intrusion risk is being considered, basically, at each stop along the way: when a property is being transacted, refinanced and even in situations where environmental due diligence is being done at the onset or the end-of-the-lease term. Vapor intrusion is one of the things that is surprising people—it’s a problem that maybe potentially existed but they didn’t realize exists. This applies not just to industrial properties, but also to commercial and multifamily residential properties, where there’s potential for contamination from an adjoining property or even a property that’s somewhere in the surrounding area.

What is vapor intrusion?

Matthew Rodda: Volatile chemicals can migrate through the groundwater and even through the soil as a vapor and become a vapor intrusion. Basically, what this means is they migrate into the slab of the building and eventually find their way into the building’s air space. It used to be that property owners didn’t really care about their neighbor’s contamination—that was their problem, but now it’s becoming the problem of all property owners.

Is it getting harder to achieve a regulatory NFA [NFA=No Further Action] because of things like vapor intrusion?

Matt Rodda: It most definitely is. Before, an NFA could be achieved simply by cleaning up soil to concentrations that are protective of human health should one come in contact with or ingest soil or complying to regulations that are protective of groundwater resources. Now we have to look at a third exposure pathway, which is the inhalation of vapors from these chemicals of concern through vapor intrusion. Groundwater regulations that address the direct contact and ingestion regulations are much more liberal than the regulations that surround vapor intrusion. So it is becoming much, much more difficult to achieve an NFA on a property.

Dennis Ironi: Not only that, but for a lot of the projects that we do that we’re involved with, there has to be a public or a large stake-holder buy-in. You have to do outreach programs where you’re discussing what’s about to take place, what we’re about to do. So there’s that element as well. All this depends on the size of the project.

So remediation is educational as well.

Dennis Ironi: Yes. You need to educate the public the people in the area of the project and get them to know what’s happening and get their buy-in.

What about the new technologies that are being used for cleaning up contaminated properties?

Matt Rodda: You know, the methodologies that are depended on most for remediation are excavation of the soil and soil vapor extraction, and those aren’t new. There are new technologies like the injection of chemical oxidizers and enhanced bio remediation, which basically means encouraging bacterial growth that will ultimately digest these chemicals. People have found success with these types of technologies at the laboratory level and the government level where they have lots of large contaminated properties and they’re able to experiment with these new technologies. But on the commercial level, with your average industrial property, the success is hit-or-miss. At this point, the new technologies are a tough sell because they may or may not work—there are so many factors involved with respect to type of soil at the site, etc.

Because of all the different factors that come into play, you really can’t count on these new technologies working, so it’s really tough for someone who has a limited amount of money to pour into an environmental cleanup to go the route of something that really is perceived as experimental.

Dennis Ironi: When an owner is encountering a situation where there needs to be a cleanup, they want to hire a consultant who has an open mind, not someone who is convinced about or has a line to one particular technology. It really comes down to the dynamics of your particular site, from the oxygen content of the soil to the depth of groundwater to the matrix of the soil. There are different types of contamination too; sometimes there is a mix of chemicals and metals. You may use one particular new technology for the chemicals, but it still leaves behind the metals. So you might end up footing the bill for both of them at a very extreme amount of money when you could adjust both with a single technology. So having a consultant who is open-minded and familiar with all the available technologies, new and established, is the best route.

What can developers do to be proactive?

Matt Rodda: There’s vapor intrusion risk, radon risk and also methane risk here in the Los Angeles area. Methane risk is kind of a big deal, because of all the oil exploration activity that went on here between the 1930s and 1950s and continues to this day, so the City of Los Angeles has instituted a methane mitigation standard for new construction and even for people placing additions on buildings.

When you look at all of those different risks, the common factor is whether you can mitigate them by placing a sub-slab ventilation system beneath a building. A sub-slab ventilation system isn’t a lot different from a moisture barrier, which developers are often doing, putting it beneath the slab to protect the flooring. So it’s my opinion that, as we move in the direction of evaluating more and more risks, developers and builders should really be considering putting in a barrier beneath the structure that would include a moisture barrier and have the capability of mitigating vapor at the same time.

You may have a very clean property, but next door there could be a property where there’s been a very significant release of volatile organics and with a sub-slab ventilation system, you are kind of able to head it off at the pass, as they say, by mitigating all these risks—whether you believe them to be real today or whether they become risks in the future. It’s really a wise thing for builders to do and relatively inexpensive.

Dennis Ironi: A lot of oil drilling is happening now, especially in the North Dakota area, and drilling areas areas will become what Southern California became: a location with tons of wells that was abandoned and those locations were basically opportunities for the vapor deep in the earth to come out. Vapor intrusion can become a real issue for areas where oil companies are drilling and trying to find oil.