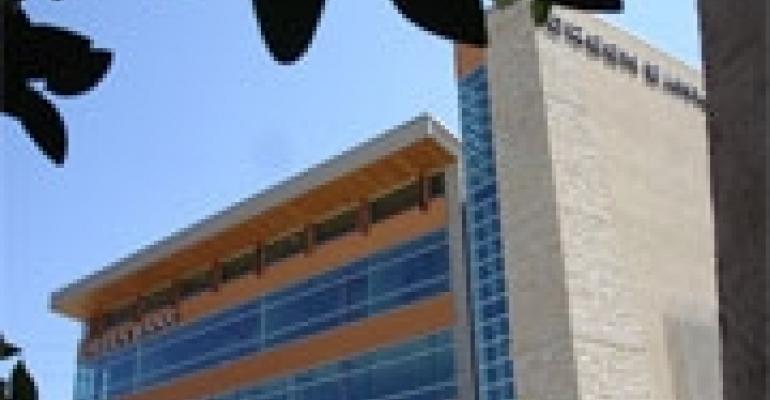 In San Francisco, Houston and across the country, a handful of community banks and even some of the nation’s largest lenders are discovering a growth area in construction loans and mortgages for sustainable commercial real estate. Green-building loan programs vary, but all offer borrowers the opportunity to seek funding from loan officers who understand both the challenges and financial benefits attainable through environmentally responsible design.

“There’s absolutely an interest nationwide in green-building oriented lending,” says Marc Heisterkamp, manager of corporate investment real estate at the U.S. Green Building Council. “About a year ago, the investment community really started to embrace green building, both new and existing operations. With that came increased demand on insurance, finance, and appraisers to understand the unique nature of these projects and to see if they do have a financial benefit.”

Larger institutions, on the other hand, are more likely to treat green projects the same as conventional loan applications while taking into consideration any boost to net income connected with energy savings or other green features, Heisterkamp says. “They aren’t necessarily following a separate financing track,” he explains, “but if green building enhances the financial viability of the project, their models can and should capture that benefit and possibly result in better financial terms for the borrower.”

Wells Fargo is clearly on the large-institution end of green finance, having loaned more than $1.7 billion for about 35 LEED projects, including construction loans and some permanent financing. The bank’s green lending program stems from a growing interest in sustainability on the part of its long-standing customers, according to Paul Brumbaum, senior vice president in environmental finance at Wells Fargo’s San Francisco office. “In some markets it has become almost de rigueur that you’re building to green standards if you’re doing a Class-A product,” he says.

Green features alone won’t cut mustard for a Wells Fargo loan, however. Based on experience through several real estate cycles, the lender evaluates commercial real estate deals based on the borrower’s resources and track record more than it does on the project, Brumbaum says. “A big caveat for us is to do business with the right people.”

Green lending is still in its infancy because there are few sustainable multi-tenant buildings, according to Scott Muldavin, executive director of the Green Building Finance Consortium in San Rafael, Calif. “Even as recently as a few months ago, there was only a handful of small banks and no life companies — to my knowledge — that offered green mortgages,” Muldavin says. “In the last three or four months, driven by good borrower customers’ growing participation in sustainable investment and development, many larger banks and insurance companies have started to explore offering green mortgages.”

A challenge for green finance is the ongoing struggle among appraisers and underwriters to understand the value and risk of sustainability, Muldavin says. Because the appreciation for energy savings and marketing is increasing gradually, lending programs are expanding incrementally as well. “The smaller lenders that have programs and the larger lenders that are planning programs are focusing on relatively incremental steps including preferential review, quarter-point interest rate discounts, longer amortization and similar relatively small changes in return for LEED or EnergyStar certification,” he says.

Houston-based Green Bank is among the community banks taking incremental steps to promote sustainability. This spring, the community bank moved into a new 20,000 sq. ft. headquarters that is designed to earn the LEED gold certification. Houston banking veteran Manny Mehos acquired Redstone Bank in 2006 and rebranded the institution as Green Bank, which launched in January 2007 with a focus on environmental sustainability.

Today Green Bank has $275 million in assets and is building a clientele of environmentally minded companies and individuals, according to Geoffrey Greenwade, president and CEO. “We do a variety of general businesses, but we try to align ourselves with other green entities,” he says. “We’re trying to educate our team members on identifying more green-oriented customers, be it recyclers or LEED-certified construction.”

The bank will soon hire a marketing manager, and one of that individual’s responsibilities will be to form standard loan terms for green projects, such as discounted interest rates. For now, the bank’s green offerings include paperless checking and other green products.

In another Texas market, Austin, a group of local business leaders and banking executives are forming One Earth Bank, which will be a full-service community bank with an emphasis on sustainability. Executives declined to be interviewed while the bank’s charter application is pending, but the organization provides further evidence that green banking is a growth niche, and may be where mainstream banking is headed.

According to Liu at New Resource Bank, green building is less a niche and more the leading edge of real estate technology. “Green is a healthier and more efficient product,” he says. “If it can be built economically, it will be mainstream.”

Because lending for sustainable commercial real estate is relatively new on the national scene, developers, landlords, tenants and lenders will soon see for the first time how momentum in green finance performs through the bottom of a real estate cycle. Heisterkamp at the Green Building Council says he is curious to see how green projects will perform relative to conventional development. “In a capital-constrained market, we may see that green projects are better financed,” he says. “I don’t think we’ve seen that yet.”