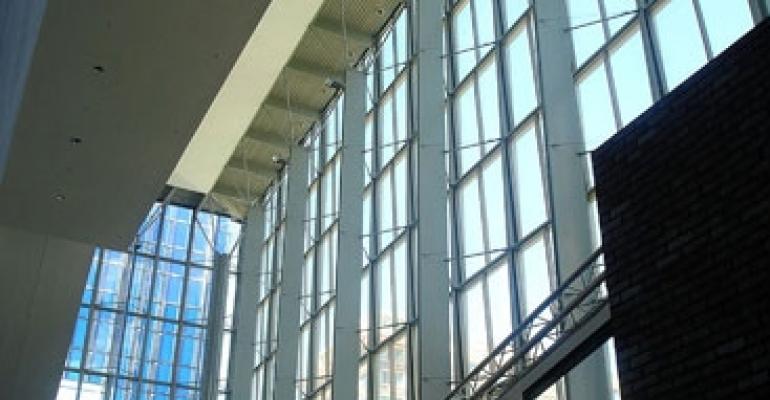 In buildings across the country, owners watch in frustration as energy dollars fly out the window, through the cost of cooling and heating their properties. The scenario is more than a metaphor, since window glass and frames can prove to be the weak link as companies strive to shore up their operating efficiency.

When it comes to high-rises, energy costs can be astronomical. The Empire State Building, for instance, aims to save $4.4 million annually by cutting its energy use by 38%. A key part of that energy savings is upgrading the building’s 6,500 windows, a project that began this spring and is expected to be completed in the fall. Retrofitting the windows could account for an estimated $400,000 in energy savings at the landmark.

Southwall Technologies, based in Palo Alto, Calif., the company selected to upgrade the windows at the Empire State Building, is also working with companies and public agencies across the country to improve energy efficiency by upgrading windows, using its Heat Mirror technology.

“Windows have been traditionally overlooked in the energy efficiency discussion, when in fact, they are low-hanging fruit that can make a real impact today,” says Dennis Capovilla, president and CEO of Southwall. “Increasing customer demand to save energy and reduce carbon emissions is driving the need for a new generation of windows that are proven, available, and insulate like walls.”

Among the projects Southwall has undertaken is processing the glass surrounding a new swimming pool at the Hyatt Regency in Cambridge, Mass. The hotel decided to convert the top floor of a parking garage into a glass enclosed pool. The project took 4,500 sq. ft. of suspended film insulating glass.

The list of buildings that use Heat Mirror insulating glass is lengthy, and includes convention centers in Austin, Texas, Indianapolis, and San Jose, Calif.; Whole Foods corporate headquarters in Austin; Brigham and Women's Hospital in Boston, the Rotch Library of Architecture & Planning at MIT; the National Gallery of Art and the International Monetary Fund in Washington, D.C.; and Fox Studios in Los Angeles.

At the Belgian Princess Elisabeth Polar Research Station in Antarctica, some 20 researchers are protected from dangerous, frigid temperatures in part by 35 fixed suspended film insulating glass units. According to Southwall, the glass is 20 times more energy efficient than typical facilities in the Antarctic.

“The idea of a sealed insulating glass unit was first patented in 1865. You’ve got two pieces of glass separated by an air space and then sealed together. That works a lot better than one piece of glass in terms of insulating capability,” says Southwall spokesman John Miller.

In the late 1970s, specialists at the Massachusetts Institute of Technology were working on developing transparent coatings that would reflect heat but transmit visible light. “The low heat coatings were first developed at that time and they were commercialized by Southwall Technologies,” says Miller.

The film is placed between the two pieces of glass in the unit, splitting the airspace into two sections. “By doing that, you retard heat transfer. So that helps improve the insulating capability of that unit,” says Miller. In addition, the heat-reflective coating on the film further increases the unit’s insulating capability.

Over the years, the technology has evolved. The latest development is a three-film unit, with three coated films inside the airspace, in effect creating four separate spaces.

Inert gas can be pumped into each of the spaces. Besides the coated films, two pieces of coated glass are used, so that the insulating glass unit, which is the same size and weight as a regular piece of insulating glass, has the energy equivalence of an insulated wall, according to Southwall.

At Manheim High School near Philadelphia, Southwall’s Heat Mirror suspended film insulating glass cost about three times the investment of generic low-energy glass. But the Heat Mirror product allowed project engineers to specify a smaller heating and cooling system than the school otherwise would have required, reducing the system’s cost by $90,000.

Instead of a projected payback time for the upgrade of 11.5 years, the $90,000 savings and use of a smaller HVAC system reduced the payback period to 6.5 years says Miller.

Generic insulating glass for commercial buildings, normally ¼-inch thick per pane of a sealed insulating glass unit, with one piece of coated low-energy glass and the other uncoated, and argon gas inside the air space, would normally cost $6-$8 per sq. ft.

By comparison, a single-film Heat Mirror unit from Southwall with a higher energy efficiency rating costs $8-$10 per sq. ft., a 20%-30% premium, says Miller.

The 74 million sq. ft. of commercial floor space in the U.S. and 114 million homes account for 40% of the country’s energy consumption and 39% of total carbon dioxide emissions, according to DOE.

Windows are the energy-efficiency weak link in homes and buildings, according to DOE, which is why the agency is providing grants to improve energy savings and the efficiency of windows.

The process of improving the energy efficiency of windows at the Empire State Building differs from the procedure at most structures where glass is upgraded in that the building is keeping and re-using its original glass.

“They’ve taken the glass out of the window frames and split it apart and cleaned it, and then onsite they installed a single piece of Heat Mirror film to that airspace, and resealed the two pieces of glass, and then put the glass back in the window frames,” says Miller.

“In almost every other instance of replacing existing glass you would put in the new glass from the factory. You wouldn’t use the old glass that was onsite,” says Miller. Using the original glass is a process that takes considerably longer that discarding it and using new, factory-produced glass, he adds.

“This was done at the Empire State Building because they wanted to be particularly green and ecological and recycle that glass.”