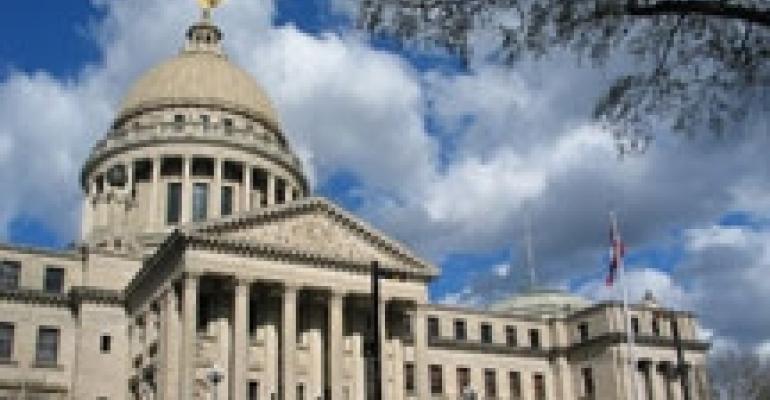 As Congress, states and cities adopt new standards for energy conservation, legal specialists warn that property developers and investors need to inform themselves about current legislation and the possible effects of toughened standards on their business practices. Pressure from within the industry to raise green standards further indicates that the industry needs to quickly get up to speed on changing legal requirements.

At the property level, this could mean improved due diligence on a building’s energy consumption, contract clauses that stipulate energy conservation goals or new seller disclosure requirements for energy usage. The emerging body of climate change law also affects landlord-tenant negotiations related to whether a property owner should pursue and maintain LEED certification by the U.S. Green Building Council.

“Tenants are starting to band together, and some of the bigger tenants are forming trade groups and coalitions,” says Mark Bennett, an attorney with Miller Canfield in Detroit, and author of reports on sustainable development. “They’re trying to use their bargaining power to induce landlords to include tenant interests in energy efficiency.” Many U.S.-based multinational firms, in particular, want to force landlords to improve the energy efficiency of their buildings, and a number of the firms have mission statements that reflect commitment to the environment.

The federal government, meanwhile, is considering regulations that could affect building owners’ operating costs, and there is a movement to require commercial property owners to reveal a building’s energy costs when applying for a loan or refinancing, or when the property is sold. Some proposals would cap carbon emissions at specific levels, and companies would essentially trade carbon credits if their emissions were over or under the limit.

“There’s a lot of pressure on the Securities and Exchange Commission right now for the SEC to start to require companies to disclose the impact of potential carbon regulation on profits. I think the REITs are concerned there — it really applies to all public companies. The issue is that the SEC is supposed to protect the investing public, at least on disclosure of material information,” Bennett says.

To date, real estate due diligence has focused on revealing risks associated with purchasing, selling or converting property assets. But the expanding view of environmental due diligence now includes the potentially beneficial effects of tax credits and the use of carbon credits, as well as savings in the financing process and possible higher valuations for energy-conserving structures, among other issues.

Despite the flurry of legislative and regulatory activity, not only are many property owners and investors unaware of the potential risks and rewards of new climate change standards, but a great many real estate attorneys are also poorly informed about the effects of this emerging field, says J. Cullen Howe, an attorney with Arnold & Porter in New York and co-author of a report on green buildings. He is helping to develop a guide for attorneys on issues related to climate-change.

“Attorneys don’t know much about it, even attorneys that practice in the real estate area,” says Howe. But the need for specialized information is becoming more urgent, since so many cities and states are passing green building standards. New York, for instance, requires that many buildings meet LEED silver standards, Howe says.

States with requirements for environmental impact assessment of major developments, including such leaders as California, Washington State and New York, are moving in the direction of requiring that the assessments specify greenhouse gas impact, says Michael Gerrard, head of Arnold & Porter’s environmental practice in New York, and former chairman of the American Bar Association's 10,000-member Section of Environment, Energy, and Resources.

“It is not yet at the point where carbon due diligence has become nearly as common as hazardous waste due diligence, for example. But I think that something along those lines may be coming in the next few years,” Gerrard says. However, new federal legislation could begin to affect the industry as early as next year, he says.

“It appears increasingly likely that in 2009 Congress will enact a climate-change law that includes cap and trade, which is a trading process. Senators (Barack) Obama, (Hillary) Clinton and (John) McCain all favor cap and trade, so it seems — so we know that the next president will favor it. “ Under a cap and trade plan, carbon emissions would be capped at a particular level and companies would trade carbon credits in the case of excess carbon emission or underutilization of their carbon allowance.

A couple of weeks ago, the ABA called for federal regulation that would rely on a cap and trade or carbon tax system to reduce greenhouse gas emissions nationally, and the lawyers’ group plans to become more aggressively involved in the issue, says Gerrard, who edited the book Global Climate Change and U.S. Law, published last year by the ABA.

Buildings account for 40% of carbon dioxide emissions in the United States, so improved standards could have a substantial impact on the country’s carbon footprint, or usage, says Jason Hartke, director of public policy for the Washington-based U.S. Green Building Council, which sets standards for LEED-certified structures.

The Federal Communications Commission could become more aggressive in ensuring that companies’ advertised energy efficiency claims are accurate, Hartke says. And the commercial real estate industry can count on tougher compliance standards, since initiatives are cropping up throughout the country. They include the Regional Greenhouse Gas Initiative on the East Coast, which includes several states that have signed commitments to reduce greenhouse gases.

Meanwhile, California has approved the groundbreaking climate change bill AB32, which calls for a cap and trade system, and seven Western states have banded together in the Western Regional Initiative to reduce greenhouse gases.

Across the country, the number of registered and LEED-certified projects has been rising, Hartke says, to more than 1,300 certified projects in all, with another 9,500 in the pipeline as registered projects. Climate change concerns and forecast increases in energy prices have spurred the interest in LEED certification. On average, a LEED certified building saves 36% in energy consumption, and reduces carbon emissions by about 40%, says Hartke.

As for the slew of new and proposed federal, state and city regulations on the horizon, the full effect of the new requirements on the commercial real estate industry is hard to gauge, says Hartke. “There’s a little bit of clairvoyance involved, because we just don’t know how these bills are going to be implemented.”