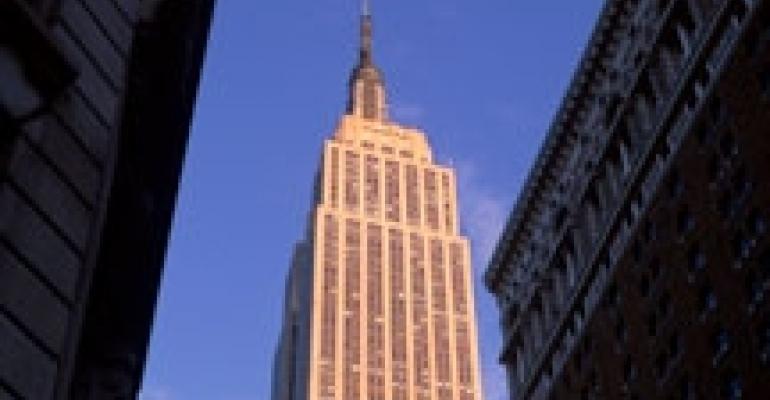 The Empire State Building has been certified LEED Gold for Existing Buildings for the completion of its $20 million retrofit—just in time for the iconic building’s 80th anniversary.

“When it was built, the Empire State Building instantly became an icon of its era,” David Bragdon, Director of the Mayor’s Office of Long-Term Planning & Sustainability said in a statement. “Now, due to this remarkable investment in energy efficiency, the Empire State Building will be an icon of the 21st century as well, leading our current era in the retrofitting and upgrading of existing buildings to meet modern energy conditions.”

Measuring 1,454 feet from its base, the 2.85 million-square-foot Empire State Building is the tallest and best known building in the U.S. to receive LEED Gold certification, and is one of the few National Historic Landmarks to earn the designation. The building obtained Energy Star certification in 2010 and has maintained it through 2011.

The LEED Gold certification was undertaken in accordance with a quantifiable process for economically justified energy-efficient retrofits in existing buildings created by the Clinton Climate Initiative together with the Rocky Mountain Institute and Johnson Controls and Jones Lang LaSalle, which conducted the retrofit that was announced in April 2009. This model is being replicated in other buildings throughout the world.

The retrofit, part of a broader $550 million Empire State ReBuilding program, is designed to reduce carbon emissions by an estimated 105,000 metric tons over 15 years. Ownership agreed to purchase carbon offsets totaling 55 million kilowatt hours per year of renewable energy, making the building carbon neutral. Reduction of the building’s energy consumption by more than 38% and savings of $4.4 million annually in energy costs are guaranteed. This represents an approximate three-year payback of the cost of implementation. In the year before the retrofit was announced, 2008, it cost $16 million to heat and cool the building.

As part of increasing the energy-efficiency, the building’s managers also altered the tenanting strategy and ousted smaller tenants in favor of consolidating and marketing larger blocks of space. The goal was to move from as many as 850 tenants down to 200.

Besides the installation of energy-efficient heating and cooling systems, the retrofit included installing ultra low-flow fixtures in all restrooms; use of green cleaning supplies and pest control products; use of recycled paper products and content carpets; use of low off-gassing paints, adhesives and wall covering; recycling of tenant waste and construction debris; and a Tenant Energy Management System, submetering and mandatory green requirements in leases.

A 3,500-square-foot prebuilt space on the building’s 42nd floor was certified LEED Platinum for Commercial Interiors. The north-facing space was built out by Jones Lang LaSalle according to the building’s interior design guidelines to demonstrate to current and prospective tenants the retrofit program’s cost and energy savings.

Malkin Holdings, supervisor of building owner Empire State Building Company, is making sustainable practices mandatory in all new operations and upgrades. Following the retrofit program, Jones Lang LaSalle led a separate study of the feasibility of LEED certification which showed that LEED Gold certification was within reach at an incremental cost of $0.25 per square foot.