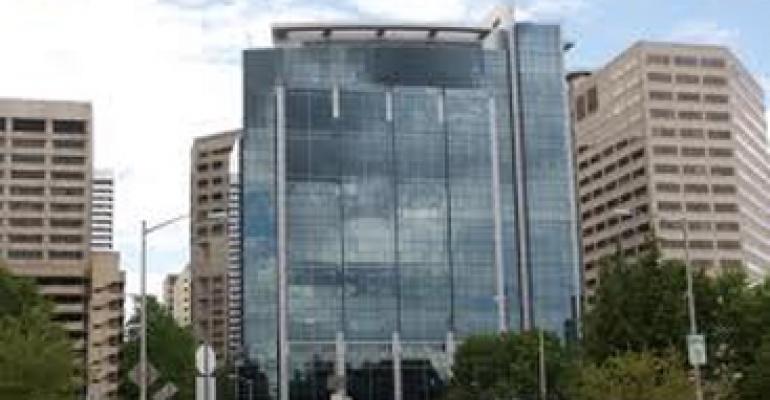 First & Main, a 16-story, Class-A office building on the selling block in downtown Portland, Ore., has received platinum certification under the U.S. Green Building Council’s Leadership in Energy and Environmental Design (LEED) rating system for core and shell development. It is the first multi-tenant commercial office tower to receive LEED-platinum certification in the Pacific Northwest.

Real estate broker Eastdil Secured is marketing First & Main on behalf of Shorenstein. Located at 100 S.W. Main St., the building could fetch well north of $100 million, reports the Portland Business Journal, based on recent institutional interest in newer buildings in Portland and elsewhere in the Northwest.

Shorenstein’s pursuit of platinum certification, the U.S. Green Building Council’s highest rating, made the building highly attractive to two major tenants. The General Services Administration (GSA) leased approximately 70% of the building’s leasable space prior to completion in April 2010 in order to house federal workers displaced by the planned sustainable redevelopment of the nearby Edith Green-Wendell Wyatt federal office building.

In August, Portland Energy Conservation Inc. (PECI) signed a lease for 60,000 sq. ft., effectively filling the remaining top three floors of the building. PECI was expected to begin moving employees into the building this month.

In addition to its LEED initiative, Shorenstein is a partner in the Environmental Protection Agency’s Energy Star program. Nearly 80% of the company’s portfolio has either qualified for the Energy Star label or is pending approval.

Shorenstein also participates in the 7-Point Challenge for energy reduction launched by the Building Owners and Managers Association and has no fewer than 25 other green initiatives currently under way.

Shorenstein is one of the oldest private real estate investment companies in the United States active in the acquisition, development, ownership and management of office and mixed-use properties. Since its beginning in 1924, the company has evolved from a regional real estate operating company to a national investor and manager of commingled institutional capital.