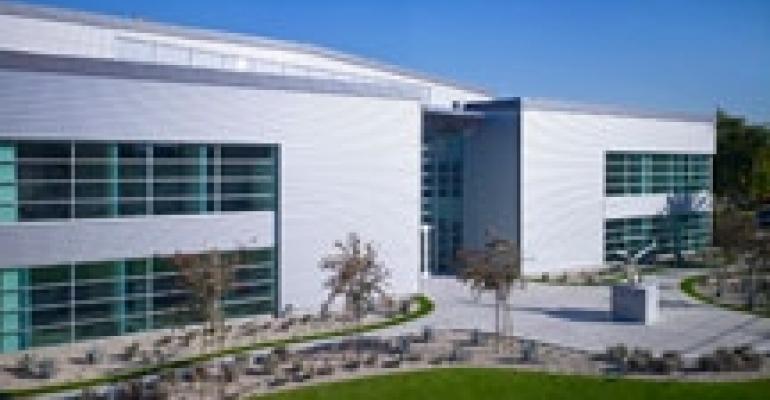 A new capital fund for environmentally responsible projects has revived a dormant niche of commercial real estate finance while providing an object lesson on the effects of investors’ diminished appetite for risk.

Builder Shangri-La Industries based in Los Angeles and partner Thompson National Properties unveiled plans Dec. 10 for a $100 million fund that will invest in value-add commercial and industrial projects. Thompson National is an Irvine, Calif.-based investment and asset manager started last year by Tony Thompson, the founder of Triple Net Properties.

Dubbed the TNP/SLI Green Building Fund, the venture will focus on assets that can be retrofitted, repositioned or redeveloped for greater energy efficiency and environmental sustainability. More specifically, the fund is intended to help companies that will use Shangri-La’s design-build and consulting services to meet the U.S. Green Building Council’s Leadership in Energy and Environmental Design (LEED) certification criteria for their properties.

“All of the green features in Hangar 25 that can help businesses become more environmentally sustainable are directly transferable to commercial and institutional facilities such as offices, universities, warehousing and manufacturing,” says Andy Meyers, Shangri-La’s president. While Hangar 25 isn’t directly associated with the new green investment fund, executives at both companies point to the materials, techniques and building systems at the hangar as examples of the improvements the new fund will support elsewhere.

“In property development and management, green facilities are very attractive to owners and tenants for multiple reasons, foremost being energy efficiency,” says Thompson, who is chairman and chief executive at Thompson National Properties. The new fund’s capital will help to increase the use of sustainable development practices, he says, and Shangri-La’s sustainable approach and expertise will add value to projects the fund pursues.

Green investment funds first appeared in the realm of commercial real estate about three years ago, although funds targeting green companies rather than properties for acquisition have been around since the 1990s at least. Real estate examples dating from 2006 include the Hines CalPERS Green Development Fund, which has a current equity commitment of $277 million; and the $100 million Rose Smart Growth Investment Equity Fund.

More recently, Los Angeles-based Thomas Properties Group (Nasdaq:TPGI) announced in the spring of 2008 that it had closed its first round of fundraising for the Thomas High Performance Green Fund with commitments of $180 million. The fund is earmarked for investments in high-performance, sustainable commercial buildings. Thomas began putting together its green fund in the summer of 2006 with a goal of raising $500 million to acquire and redevelop properties that would meet LEED standards.

Green real estate funds have suffered from the credit crunch along with the larger financial markets, according to direct lender Ed Elanjian, executive vice president and chief financial officer at EnviroFinance Group. The Sacramento, Calif.-based company specializes in loans to companies that clean up environmentally contaminated land, known as brownfields.

“These things have really taken a hit the last several months,” Elanjian says, referring to investment funds designed to place equity in green projects. Investors have shied away from the risk inherent in equity investments, and instead are seeking good deals on new or existing debt, he says. “They’re less interested in doubling or tripling their money by taking risky or untested ventures,” Elanjian says. “Investors are willing to help provide financing for an attractive return, but they want somebody else in front to take the first risk.”

TNP/SLI Green Building Fund’s planned use as a financing vehicle, rather than an acquisition machine, seems to fit that trend away from green equity investments toward green debt. Yet the launch of a new fund shows investors still see potential for profit to be made in energy efficient and sustainable real estate.

Houston-based Green Bank, for one, has turned sustainability into a vital part of its lending program. The community bank first picked its name in 2006 to reflect the color of money, according to president and chief executive Geoffrey Greenwade. As customers and employees emphasized environmental sustainability, however, the direct lender began to offer discounted fees and other services to help protect the environment. “In 2007 and 2008 this movement and momentum just took over,” he says. “We hired people who were passionate about it, and guess what? It becomes part of your bloodstream.”

But a new incentive for investors stems from the longer asset hold periods brought on by the current dearth of building transactions: The longer a landlord expects to own a property, the greater the opportunity to recoup improvement costs over time through energy savings. “If they’re going to hold the building longer, in a way it argues for going deeper with your energy efficiency retrofits in existing buildings,” Gatlin says.

Experts expect green building, energy efficiency upgrades and carbon reduction programs to increase under the Obama administration, but the credit crunch is holding up progress on new projects and renovations for now. When lending begins to accelerate, green investment funds are likely to proliferate as well, according to Elanjian.

“Over the next four to eight years, is this stuff going to thrive? Absolutely,” he says. “Is it going to do this over then next 12 to 24 months? Boy, that’s hard to tell.”