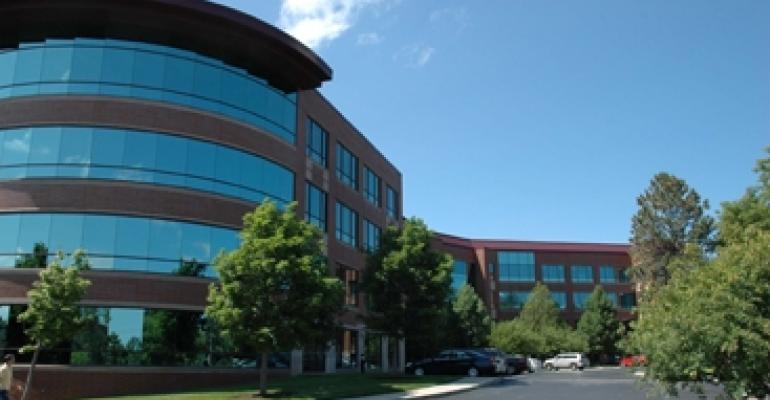 Commercial property owners are proving that it doesn’t take new construction to establish an energy-efficient building with a minimal impact on the environment.

With operational changes and some hardware upgrades, a growing number of properties are earning the Leadership in Energy and Environmental Design Gold designation for existing buildings (LEED Gold EB) from the U.S. Green Building Council.

Property owner Wangard Partners invested about $28,000 in consultant fees and building upgrades to complete the LEED process, according to Stewart Wangard, the company’s president.

“Now we feel our operating costs are some of the lowest in the market,” says Wangard. “The cost to get there was minimal, and the benefit was huge.”

The benefits to which Wangard refers range from a healthy, comfortable work environment for tenants to slashed utility bills and increased occupancy.

High Pointe was 84% occupied when Wangard registered to pursue LEED in mid-2010, but tenant expansions this year have raised occupancy to 93%, a change that Wangard says reflects satisfaction with the landlord’s improvements. Average office occupancy in Wauwatosa is about 82%, according to Grubb & Ellis.

Of the 1,218 projects that have attained LEED EB certification, only 475 have earned the Gold standard, according to the Green Building Council.

There are seven LEED Gold EB projects in Wisconsin, but High Pointe Office Center is the only one to earn LEED Gold EB under more rigorous standards adopted by the Green Building Council in 2009.

What does it take to earn LEED Gold EB? That varies by the type of certification sought and the combination of design features or operating practices the project implements in pursuit of the designation.

A property owner earns credits in a number of categories that include energy and atmosphere, materials and resources and other areas. To learn more about the ranking system, CLICK HERE.

In the case of High Pointe Office Center, a large part of making the building green involved making its existing climate-control system operate as designed.

“We knew the systems were engineered to perform better than other buildings in the marketplace,” says Wangard, whose company developed High Pointe Office Center in 1999.

The company’s green team charted the location of the building’s thermostats and electronic equipment, everything from computers and printers to televisions and coffee makers. The team made certain that thermostats were clear of any heat sources that might affect their accuracy.

A detailed review of the mechanical systems revealed that several air-conditioning units had been disconnected during remodeling years earlier and never restored to operation, forcing the rest of the system to work harder to circulate air through the building.

In addition to bringing those air handlers back into operation, the company replaced blower motors in the cooling towers with variable-speed motors that reduce spikes in power demand and use less electricity in off-peak hours.

“Unless you’re running these buildings properly, it’s the equivalent to driving a car around with one tire always flat,” says Wangard.

Some cost-saving measures were surprisingly easy. To reduce morning heat gain from the sun, for example, the building’s custodians began closing all of the window blinds on the east side of the building each evening.

A few investments in hardware also are saving a bundle in reduced utility bills. It cost just $1,473 to install new, low-flow faucet aerators throughout the building’s restrooms, for example.

That modification alone is expected to reduce the building’s water consumption to the tune of $2,000 annually. And new, low-wattage light ballasts will pay for themselves in about 14 months.

“The biggest thing that has changed is the thought patterns of our on-site maintenance engineers,” says Wangard. “They no longer look for the cheapest and easiest way to fix something. They’re looking for the long-term solution.”

Green is golden to tenants

Wangard declines to disclose specific lease rates, but claims that rents at High Pointe Office Center are at the top end for the local market.

Wauwatosa’s Class-A office rent averages $16.38 per sq. ft., equal to the average for the larger Milwaukee market, according to Grubb & Ellis.

High Pointe Office Center’s rental rate reflects the building’s quality and location in a highly sought-after Milwaukee submarket, however. Having a LEED Gold EB designation probably won’t enable the landlord to add a premium to the rent it charges there, he says.

On the other hand, efficient operations and low utility bills contribute to a tenant’s satisfaction with the property, so upgrading the building’s green status helped to convince two existing tenants to take on more space there, he says.

Softness in the office market may prevent many landlords from pushing higher rents, but green buildings do enjoy an edge over conventional buildings when it comes to landing tenants, according to Chris Macke, senior real estate strategist at market researcher CoStar Group.

Some government and corporate office occupiers require their site selection teams to choose a green building over an otherwise equally serviceable non-green building, according to Gary Brennen, co-president of Syska Hennessy Group, a global engineering firm based in New York.

Brennen heads his firm’s Los Angeles office, which will soon relocate to 24,569 sq. ft. in 800 Corporate Pointe in Culver City, Calif. The engineering firm has leased the space for the next 10 years and is seeking LEED Gold EB certification for the building.

As a service provider that guides clients through the process of building green and converting existing properties for greater efficiency and environmental sustainability, Syska Hennessy Group decided it was time to leave its conventional digs of 26 years and find a state-of-the-art green home.

“We chose this site specifically because of its sustainable design features, as we wanted a new office space that reinforced our collaborative work teams, while attaining LEED certification,” says Brennen.

“Having LEED status for our own Los Angeles office was our first priority when choosing a new space.”

Brennen expects his company to benefit on several fronts from being in a sustainable building. In addition to low utility bills and a healthy working environment, the company will gain a marketing edge as it searches for new business and recruits top-notch employees.

“This is the kind of spaces we design for our clients, and it was important to walk the walk,” says Brennen. “Creating these more collaborative, comfortable work environments make our clients more productive. And the operating expense should, over time, be lower.”