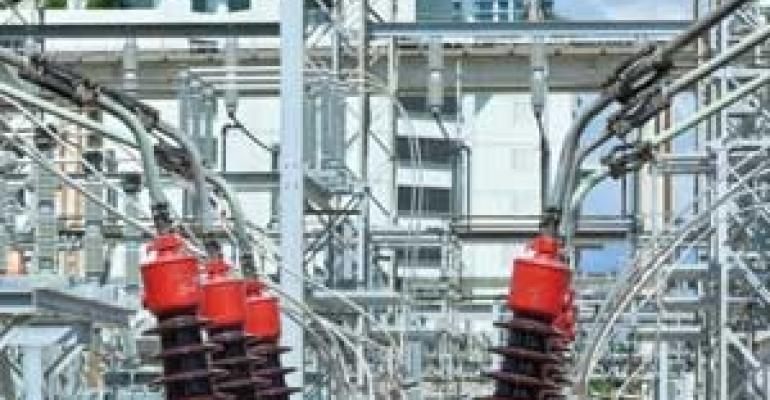 The Smart Grid is the Next Big Thing in Green Building. So Why Aren’t More Buildings Connecting?

It’s a hot summer day, so Acme Building’s engineer isn’t surprised by a message from the electricity company that the power grid is overtaxed. In the old days, this would have meant a trip to the basement to turn off the chillers—and the building getting warmer. But today Acme Building is connected to the smart grid, so all the engineer has to do is note that the soda machines were turned off, the parking garage lights were dimmed by 50 percent and the building began drawing from its secondary power source—a rooftop solar panel array—without tenants missing a beat.

How the smart grid works

Traditionally, when local energy grids become overtaxed, what’s referred to as a “demand event,” a utility company must fire up additional power stations to meet increased demand or ask its biggest users to reduce power consumption.

But by connecting to smart grids and utilizing demand response (DR) systems, a building can determine automatically through its building management system (BMS) how much electricity it needs at various times of day.

DR systems manage buildings’ consumption of electricity in response to supply conditions and respond to a utility company’s demand event by automatically reducing the amount of power being used or starting on-site power generation through, say, a solar panel array or wind turbine.

And yet, most commercial owners are not taking advantage of these technologies. A preliminary CoR Advisors survey reveals that most commercial building owners and managers aren’t even considering connecting.

The survey, commissioned by Continental Automated Buildings Association and conducted online by CoR Advisors, asked 25,000 commercial building owners and managers about “their attitude about smart buildings and the smart grid,” Pope says, and covered approximately 12,000 buildings with about 1.2 billion sq. ft. of space.

A rule passed by the Federal Energy Regulatory Commission in spring 2011 allows smart buildings in DR programs to create revenue streams by shedding load during nonpeak demand events and selling that excess capacity back to the grid at spot pricing, says Pope. “So if the price of electricity is $200 a kilowatt hour in Dallas in the middle of August because there’s such a demand for capacity ... and you have a building in New Jersey that you want to shed load, and you want to sell it in Texas, you can do that. While you might be paying 17 cents per kilowatt hour in New Jersey, you can sell it to people in Dallas for $200.”

Why not get smart?

So why wouldn’t a building owner take advantage of these new technologies?

John Bredehorst, executive vice president with WSP Flack+Kurtz’s New York office, says his firm’s “more responsible clients” are already participating. But proactive clients are the exception. The smart grid is still in its early days, and, notes Bredehorst, “No one wants to be a guinea pig.” Many existing buildings lack the infrastructure to support smart grid and DR systems, so their owners don’t have the ability to reduce electrical consumption through curtailment or switching to a secondary power source.

Things are different in the Golden State, says WSP Flack+Kurtz’s Clark Bisel, senior vice president at the firm’s San Francisco office. He is overseeing the construction of 350 Mission Street in downtown San Francisco, which is aiming for LEED-Platinum status and incorporating smart grid connection and DR systems.

It’s a complex project, but Bisel sees 350 Mission’s progressiveness as “a very good idea from the building owner’s perspective” and as the coming standard. “Demand response is becoming more of a discussion topic,” he says, with larger utility companies actively approaching customers and offering competitive rates for DR programs.

“California is a hotbed for this,” Bisel says. “Frankly, the utility crisis of 2000 is still in people’s minds, so that may be more of a reason why [smart grid and DR] is active out here.”

If not for the current lack of new construction, says Bisel, the smart grid and DR would catch on even faster. With new construction, he says, “You have architects, engineers, and developers all very engaged in the whole dialogue so when a utility company approaches, they find a very receptive audience.” But with existing buildings, operations are decentralized and owners are “more interested in making tenants comfortable.”

It’s “the right policy and market framework” that drives adoption of smart grid/DR, regardless of the market, says Mike Grenier, managing director of CBRE Solar Services in Portland, Ore. “If the state doesn’t get on board ... it’s as if the market never exists. Smart buildings start with smart policy.”

In states where the DR policy has been implemented, says Grenier, “it’s proven that it really works and has benefits, and commercial real estate is really paying attention because there’s a market for it. Firms are popping up trying to aggregate small to medium businesses and big companies are hiring internal energy managers.”

Regardless of region, there is a general lack of education about smart grid and demand response technology, which CoR Advisors is seeking to address. Despite widespread embracing of green building, says Pope, building owners are focused on cost-cutting rather than taking environmental stewardship a step further through the smart grid and DR.

Sometimes, she says, “When we go explain to them that they have to spend a couple hundred thousand dollars upgrading their BMS and putting in advanced lighting systems and load management devices [to] take advantage of this smart grid, which sounds like a kind of Star Wars, futuristic woo-woo, they stop at ‘Hello.’”

WSP Flack+Kurtz’s Bredehorst believes it will take 10 years for the smart grid and DR to catch on. With more smart green buildings coming online, he says, existing buildings will need to modify to compete.

But utility companies also need to step up their game: “They make it easy for building owners to be able to upgrade their building’s control system and tie it in with a utility,” he says. “They need to make it so that it’ll be enough of an incentive for [buildings] to reduce their load, but also easy enough that [building owners] don’t have to tie [DR] in with their entire infrastructure and change out a lot of equipment.”