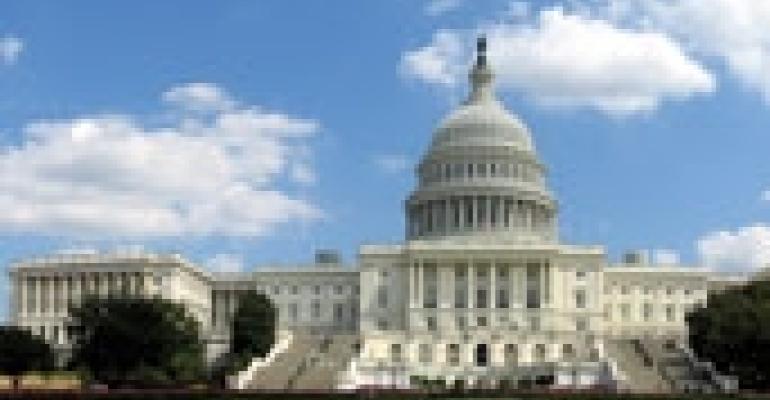 A version of the American Recovery and Reinvestment Act that passed a vote in the House last week will boost energy efficiency in the residential and public sectors but falls short of expectations for commercial real estate owners, experts say.

“While we understand the nature of the stimulus package and how they’re trying to incentivize immediate growth in the economy, we are disappointed they chose not to incentivize building energy retrofits to the extent that we would like to have seen,” says Karen Penafiel, vice president of advocacy at the Building Owners and Managers Association International (BOMA).

Granted, the chief purpose of a stimulus package is to jump-start the economy and create jobs, but the Obama administration had promoted its plan as a boon to energy efficiency and environmental responsibility. That had raised hopes among proponents of green building in commercial real estate that the financial measures would provide incentives to directly assist landlords with energy efficiency improvements at their properties.

Commercial landlords will see little direct impact on the energy conservation front, however. The $819 billion stimulus bill that passed a vote in the House on Jan. 28 would help landlords invest in alternative energy systems for onsite power generation, but the plan’s other green components are aimed at homeowners, federal buildings, schools and new product development.

Commercial property owners who want government assistance or at least tax breaks to offset the cost of better insulation, power-saving light fixtures or high-efficiency heating, ventilation and air conditioning can appeal to city and state government programs, which will receive block grants under the stimulus program. The programs funded by those grants will vary by location, Penafiel says.

“With the block grants to the states, there may still be opportunities at the state level to direct some of that money to energy efficiency in buildings,” she says. “There’s a lot of discretion for the mayors on how to spend that funding.”

Plus for power generation

A stimulus plan provision aimed at increasing investment in alternative energy production will help landlords who choose to install solar or wind power generators on their properties, according to attorney Mary Anne Sullivan, a partner in the Washington, D.C. office of law firm Hogan & Hartson.

The measure is an expansion of an existing loan program from the Department of Energy that previously applied only to advanced energy technologies, or power generation methods that are still in the development stage. Under the economic stimulus plan, that loan program will also apply to established commercial products including photovoltaic solar panels, Sullivan says.

Under the House bill, the federal government will provide $8 billion in loan guarantees that are expected to generate approximately $80 billion in financing for renewable energy projects. When a developer is approved for the program, he receives a federal promise to cover losses on a specific portion of his financing, reducing the lender’s risk.

The borrower must contribute equity for at least 20% of the total project cost and must find a lender or lenders in the private sector to provide the actual financing. The borrower can apply for as much as a 100% guarantee on the loan, which effectively makes the government the lender because the Department of Energy is taking on all of the lending risk.

The application process for the Department of Energy Loan Guarantee Program is onerous, Sullivan says, and probably isn’t worthwhile for a landlord dealing with a single property. For a portfolio owner adding renewable power systems to a series of shopping malls or distribution centers, however, the program is a great opportunity to borrow capital inexpensively. “It’s a huge opportunity for people who want to green their buildings with, for example, solar power on a large scale.”

The House bill includes a related provision that would enable landlords to obtain tax refunds equivalent to as much as 30% of the cost of investments in renewable energy. That provision would modify an existing tax credit that Congress approved last year. Alternative energy groups and commercial real estate organizations alike had lobbied for a change from tax credits to tax refunds because the recession has hurt corporate profits for many companies. Tax credits offer little incentive for companies that haven’t made enough profit to pay taxes, experts say.

“The renewable energy tax credits are not working the way they were intended, when you don’t have income against which to credit the tax, so it really is a problem,” Sullivan says. Unfortunately, a Senate version of the American Recovery and Reinvestment Act slated for a vote this week doesn’t include the tax rebate provision.

Jason Hartke, director of advocacy for the U.S. Green Building Council, says many Senate members are opposed to a tax rebate program for renewable energy and aren’t likely to concede that point when the two bills are rectified later. “That one’s going to get parsed out in negotiations between the House and Senate,” he says.

Yet the Green Building Council finds plenty to celebrate in the recovery bills, including a commitment to upgrade the energy efficiency of federal buildings. The House bill would provide $6 billion for federal building energy upgrades. Hartke points out that all allocations are subject to change until the House and Senate have reconciled their bills in preparation for a presidential signature.

“This is an opportunity to spur the acceleration of green building across the country, and also to show the rest of the world that we’ve advanced green building in our own public building stock,” Hartke says.

Spending $6 billion or more to improve the efficiency of federal buildings will indirectly benefit commercial real estate by boosting demand for sustainable building materials and workers trained to install those products. The same can be said for a provision to upgrade schools, including a carve-out to spend at least 25% of education renovation and construction dollars on energy efficiency.

The House bill provides $500 million to train workers for green-collar jobs and the Senate bill is expected to include a similar allocation. Again, there is the potential for commercial landlords and developers to benefit indirectly by tapping those skilled workers for their sustainable projects.

“Anything that’s going to help mainstream some of these technologies, make them usable and affordable and effective for the industry, we support,” says BOMA’s Penafiel. “Having said that, we would have preferred a more direct approach with incentive money directly included [for building owners].”

Commercial real estate owners may yet gain access to direct federal incentives for energy efficiency retrofits from a spending bill and an energy bill expected this fall or in 2010. Sustainability advocates, including Hartke, have high hopes for more green initiatives from the new administration.

“President Obama, in his first legislative action, is making good on a campaign promise to make that down payment on a green economy,” Hartke says. “This is a very good down payment moving into conversations that will occur around a new energy bill, probably later this year, and a new climate bill.”