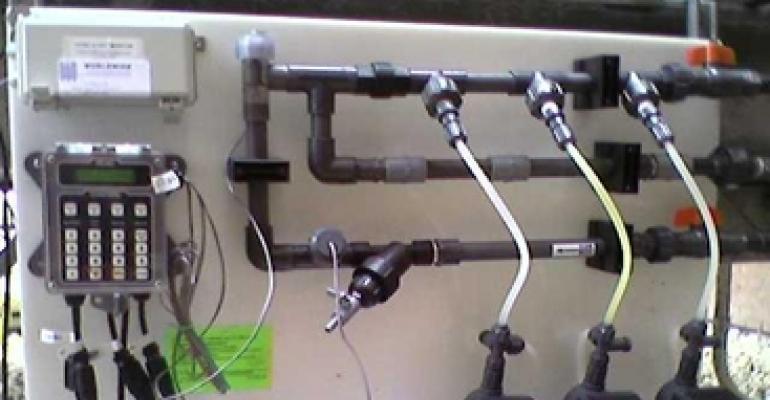 Commercial property owners who fail to take into account water quality issues could find themselves facing lawsuits, says a specialist in water treatment.

“One case we are working on now involves an extremely high level of Sphingomonas, a toxic bacteria we found in a client’s drinking water. The [bacteria] level was so high it exceeds EPA guidelines,” says Postiglione. “This bacteria has been implicated in cases of blindness as well as other major illnesses,” he notes.

The firm also tests for legionnaires disease. “We just did [testing at] a major hospital in New York a year ago. We do a lot of work like that for the [New York City] Department of Health,” says Postiglione. In the case of the hospital, World Wide Technologies tested the hospital’s water supply to determine if it had been properly treated.

States create their own water quality standards, which in turn affect commercial real estate, and the lack of a uniform national standard presents a problem, says Postiglione. The standards need to be upgraded and made more uniform, he says. Not only would that prevent many health problems, it would also lower operating costs by reducing building maintenance and equipment problems.

For instance, in a community with an untreated hard water problem, a major development using “hundreds and hundreds of hot water tanks to heat their buildings, hundreds of washing machines or dishwashers or faucets that need to be replaced on an annual basis” would incur extremely high water-related costs, he says.

In the absence of higher standards, companies that plan to build new projects or expand existing facilities should conduct sophisticated tests before selecting a site, he says.

Although many tenants assume that cities are responsible for water quality, the situation is more complex than that, explains Postiglione. “The cities pretty much supply water to customers, to the public. The problem begins with the water coming from or into the buildings.”

And that’s where liability can arise. “Ensuring that you are delivering healthy drinking water often requires action above that which your local utility is capable of requiring. Chlorine-resistant pathogens are becoming more common and it is up to facility managers to be aware of this,” says Postiglione.

Poorly treated water can cause rapid corrosion of expensive equipment such as cooling towers, boilers and chillers, leading to high replacement and a drain on net operating income. The corrosion can start at the time of construction if certain metals are allowed to enter the water system without taking protective measures.

“This will lead to premature pipe failure and dirty water,” according to the chemist. The water in cooling towers needs to be regularly examined, along with a property’s drinking supply, he says.

With proper water treatment, an investor will notice higher equipment efficiency and lower utility bills, less work-related illness and higher productivity for among tenants and staff since fewer days will be lost due to employee illness, says Postiglione.

Water treatment companies should monitor all the chemicals used in a building, he says. “Unfortunately, this is not often done. We have inspected over 30 building facilities recently, and analysis has [shown that] at least one or more levels were abnormal. This is a major red flag for the real estate investor.”

He suggests that property managers conduct due diligence before selecting a water testing and treatment company, or buying equipment to treat water. Some owners are paying for services that are not being properly performed, he says.

And not all electro-mechanical water treatment devices marketed as “green” products actually work, according to the chemist. Some fail to cleanse water.

And if the purifying equipment proves to be a dud, property maintenance managers don’t always report the ineffective products to their superiors, he adds. “Those that have purchased these devices are usually afraid to tell their employers that they wasted their money, and rest assured this will never get back to the investor.”