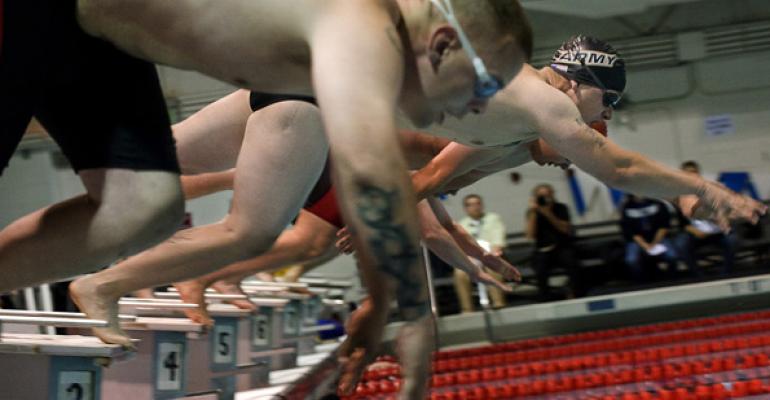 Mezzanine lending is getting caught up in the same frenzy for yield that is sweeping the broader commercial real estate market.

Competition is ramping up as new players―and more capital―continue to enter the sector. “I wouldn’t label it as abundant, but there are definitely quite a few folks looking to make those investments across all property types,” says Jeffrey Erxleben, a senior vice president, managing director at NorthMarq in Dallas. In the past 12 months, NorthMarq has closed $250.2 million in mezzanine loans.

Even typically conservative lenders such as life insurance companies are pursuing mezz lending in order to capture higher yields. Life companies are making those investments on both existing assets and new construction. “We first saw that activity come in maybe 24 months ago, and we have seen more join the ranks, both for general account money for their own balance sheet and for their third party accounts,” adds Erxleben.

The opaque nature of this niche makes it difficult to quantify exactly how much money is being allocated to mezzanine loans. Lenders reported that seconds, mezzanine and preferred equity loans totaled $4.4 billion in 2011, according to a 2012 survey of commercial and multifamily loan originations conducted by the Mortgage Bankers Association (MBA). That volume is a miniscule amount compared to the $238.2 billion lenders originated in first lien mortgages over the same period.

Mezzanine capital typically layers on top of a senior loan to give a borrower extra leverage. Despite the thaw in capital markets that has sparked a return of CMBS money and rising loan-to-value ratios, there is still plenty of demand for mezzanine capital.

“There are more participants in the space compared to a year and certainly two years ago. But I think that the volume of opportunities continues to grow with loan expiration schedules ramping up over the next several years,” says Dan Cooperman, a managing director and head of loan originations at Terra Capital Partners in New York City.The firmoriginated about $100 million in financing in 2012 and expects to double that volume with $200 million. Mezzanine loans typically account for about 75 percent of Terra’s overall production.

In addition, the return of the CMBS market, which is known for its higher leverage loans, has not hurt mezz lenders. In fact, lenders such as Terra have benefitted from the rebound in the CMBS market. The company is generating new business by writing mezzanine loans in tandem with conduit loans, notes Cooperman.

Mezz continues to fill the gap

Mezzanine capital is flowing to areas of the market where money is still tight. Certainly, there are more mezzanine opportunities in both refinancing and a growing pipeline of sales transactions. To a lesser extent, mezzanine also is filling a gap on construction loans.

Today’s metrics of lower property values and more conservative leverage is making it challenging for borrowers who need to refinance maturing loans. There is still a significant volume of high or full leverage loans that are now maturing. “Borrowers can’t get the same senior loan proceeds that they once did and values are not where they once were,” says Cooperman. “So, they need to supplement with a mezzanine piece.”

For example, Terra recently completed three nearly identical deals with the same borrower over the course of a six month period. The borrower had 2007 vintage CMBS senior loans come due. The original loans were fully levered interest-only loans with 5-year terms. When the loans came due, the borrower faced between $3 million and $5 million shortfalls on each property, which Terra was able to fill with mezzanine capital.

Essentially, the mezzanine financing took the loan-to-value ratios from the low 70s to the low 80s, notes Cooperman. “The sponsor was able to hold onto his assets, preserve his remaining equity in the deal, and hopefully see some near- to mid-term upside as the markets improve,” he adds. Cooperman estimates that about two-thirds of Terra’s deals are refinancing deals and the other one-third is for acquisitions.

Competition is putting pressure on yields. Although that is not great news for lenders, it is an added incentive for borrowers to take advantage of the more attractive rates. For example, rates on a mezzanine piece with moderate leverage (up to 85 percent) on a good quality, cash-flowing asset are now 8 percent or 9 percent compared to yields of 11 to 12 percent 24 months ago, notes Erxleben.

Much like any other loan product, lenders can choose to participate in mezzanine loans at different levels depending on their appetite for risk. Yields range from a low of 6 percent up to 15 percent depending on the property and geographic market. There is more demand―and more pressure on yields―for lower-risk loans for properties such as trophy office towers in New York City, compared to financing, as an example, a hotel acquisition in a tertiary market such as Rochester, Minn.

For trophy assets in gateway cities in particular there is tremendous competition and spreads have come down, agrees Cooperman. That has pushed some lenders out to secondary and tertiary markets in search of higher yields. “Writing mezz at 7 to 8 percent is not something we’re interesting in doing,” he says. Terra primarily focuses on middle market borrowers and secondary markets where rates are still in the low to mid-teens.

Ultimately, the demand flowing to mezzanine finance shows no signs of waning. “I think that there is a fair amount of mezz money available for cash-flowing properties,” says Erxleben. “At the end of the day, it is a yield play.” 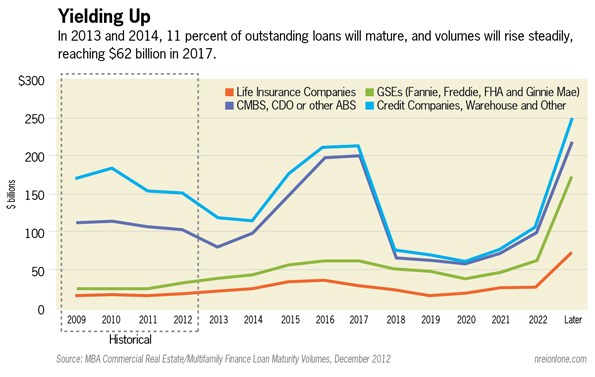