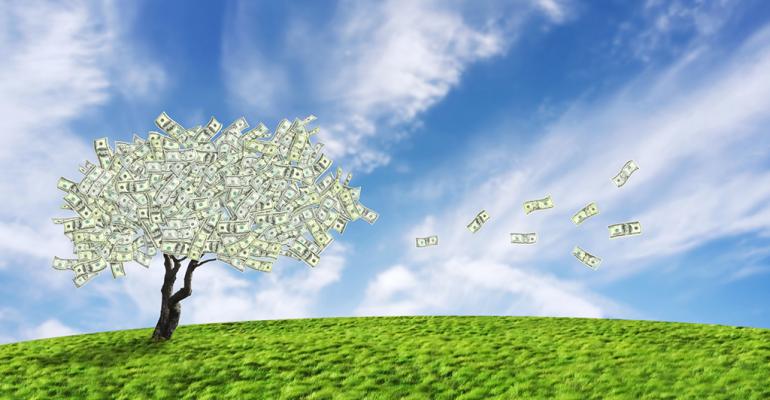 As the industry waits for an upcoming avalanche of commercial mortgage maturities later this year, real estate lenders are stepping up their game.

In April, CMBS shops originated $8.9 billion in new loans, bringing the total for the year so far to $35.81 billion, according to Commercial Mortgage Alert, an industry publication. The figure was almost twice the size of the $4.6 billion in CMBS loans originated in April 2014.

What’s more, in their recent weekly CMBS report, Meghan C. Kelleher and Chong C. Sin, analysts with J.P. Morgan Securities LLC, noted that  “After a brief lull in issuance, the pipeline is beginning to ramp up for May with two conduit deals totaling about $2.8 billion currently marketing. Agency CMBS issuance is also ahead of last year’s pace.”

In J.P. Morgan’s estimates, year-to-date private label CMBS issuance has already outpaced the levels seen during the same period last year by 48 percent and remains on pace to reach at least $105 billion in new issuance for full-year 2015.

In fact, total commercial/multifamily loan originations, including CMBS loans and loans issued by banks and life insurance companies, went up by 49 percent in the first quarter of 2015 compared to the first quarter of last year, according to a quarterly survey released by the Mortgage Bankers Association (MBA), an industry association, this week.

However, when it came to CMBS originations in the first quarter of 2015, hotels saw the largest share of the pie, followed by office buildings and retail properties, according to researchers with Trepp LLC.

“One of the main drivers behind CMBS originations over the past several quarters is the more than $300 billion of maturing loans that will come due over the next three years, the majority of which are still subject to prepayment lockout or penalty provisions,” they wrote in a recent note. “Despite the added cost of paying down their loans early, many borrowers are refinancing to lock in low rates now and defeasing their pending maturities.”

Overall, $1.35 billion in loans became delinquent in April, while $700 in loans were cured. Properties with loans that became newly delinquent last month included 400 Atlantic Street, an office building in Stamford, Conn. that has entered foreclosure, the Galleria at Pittsburgh Mills in Tarentum, Pa. and Metro Square 95 Office Park in Jacksonville, Fla., among others.