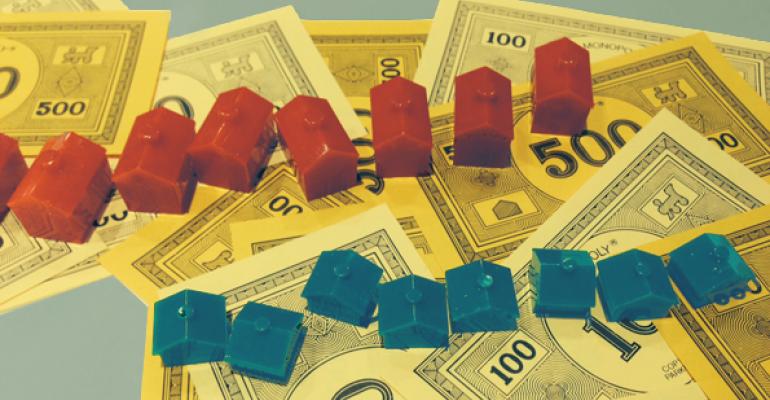 Demand Is Rising for CRE Loans

Established in 1937, Walker & Dunlop currently has more than 450 employees stationed at 22 offices across the United States. At the close of 2014, the firm's servicing portfolio totaled $44.0 billion, making it the eighth-largest U.S. commercial/multifamily mortgage servicer for last year. In 2014, Walker & Dunlop originated $11.4 billion of commercial real estate loans, an increase of 35 percent over 2013, and generated revenues of $360.8 million, which was up 13 percent over 2013. Walker & Dunlop’s property types list includes multifamily, seniors housing, health care, hospitality, retail, office and industrial.

We spoke to Hagan Dick, assistant vice president with Walker & Dunlop's Atlanta office, about the current competition for new loans in the commercial real estate industry. An edited transcript of that interview follows.

NREI: Tell us a bit about your background.

Hagan Dick: I’m in Walker & Dunlap’s Atlanta office. I was working at our headquarters Washington, D.C., for five years previously, and I came back here to Atlanta three years ago. Right now, I’m focused primarily on the Southeast, but since we’re a national company, I also have a pretty good idea of what’s happening across the country, and I work on all property types.

NREI: What’s the level of demand for new loans in the commercial real estate marketplace?

Hagan Dick: The level of demand is extremely high. You can see it in a bunch of different sectors whether you’re talking about a lender or a borrower. Fannie Mae and Freddie Mac had roughly $60 billion to lend, and we’re seeing that both of them are in jeopardy of running out of that relatively soon, and that is indicative of demand so far this year for that product.

Right now, they are starting to pull back a little bit. We’re seeing pricing increases and some reduction in interest only just from the perspective that their regulator wants them to stay under $30 billion caps, and right now that’s going to be a difficult thing to do and so now it’s a natural way to ease the demand to a certain degree, and to, kind of, price themselves out. But that’s a very recent development—we’re watching it play out and we’re not sure what will happen on the regulator’s side, but obviously if they’re on pace to exceed $60 billion a year, there’s a lot of demand there.

CMBS has had a very [active] year so far as well. Year-to-date, they’ve done about $35 billion versus  close to $21 billion at this time last year. So I would expect that to continue, especially if Fannie and Freddie pull back on the multifamily side, just knowing what percentage that is of the market. Just as a kind of frame of reference, we’re at $35 billion relative to about $21 billion year to date last year whereas the CMBS market did about $94 billion in 2014 and that was coming off $86 billion in 2013. So it’s been a pretty steady increase in demand; obviously, there are a lot of CMBS maturities looming, as well as loans coming due from other lender types. But with the CMBS, the agencies are taking a lot of that business.

Also, the banks are very active, although that varies from market to market and bank to bank, depending on what percentage of their assets is in real estate at the moment and where they want to get that percentage to. We’re seeing banks becoming very active borrowers, doing a lot of bank loans with floating rates—you know how cheap that can be. Obviously, with a rate hike coming, we might see that change to a certain degree, but for now, that’s where a lot of the banks are going.

And then you have  debt funds and things like that, which are in search of higher yields and doing a different play than the other lenders we’ve spoken about, but that sector is also active. However, in the markets I’ve seen, there has been a little bit less of the value-add play. There’s a little more stabilization occurring in the market and positive fundamentals are taking some of the more expensive debt non-recourse options that are not  necessary or that there isn’t as much demand for.

NREI: Can you elaborate on how much competition there is between the various lenders?

Hagan Dick: It’s a highly competitive market. You’ve got historically low interest rates, so from a borrower’s perspective and a seller’s perspective, the capital is very attractive, both to debt and equity, but that has made for a lot of competition. If you think about how many conduits there are in the CMBS market these days—that, to a certain degree, can be somewhat of a commodity market. That’s where we’re seeing fierce competition  and trying to add interest-only and things like that. But there’s a lot of retrofits construction activity. It is very fierce competition in general. Each lender is going to play in a different section where they compete. So life insurance companies are taking the bulk of the lower leverage, and CMBS is trying to take more of the secondary and tertiary markets where they’re trying to push leverage or interest only. And the agencies, Fannie and Freddie, up until recently were still winning most of their business by a decent margin, and I would expect that’s still the case. It might slow down to a certain degree, but that should remain the case for the year.

NREI: What do you think of the current underwriting standards for loans?

Hagan Dick: It depends on which market you’re in and which lender type you’re talking about. But CMBS typically is most guilty of perhaps letting underwriting standards slip, and given the number of players in the space and the demand for the product, it’s just natural to fill the need for these refinances and acquisitions but they’re not at pre-recession levels. There are some standard things you could look at to determine the level they’re at, which would be loan-to-value, debt yield and interest-only. We’re certainly seeing that it’s more aggressive so far this year, and last year was more aggressive than the year before. But some are kicking out loans that might not meet their standards or have the same credit quality that they would like to see.

Pre-recession, we were seeing people on the CMBS side underwrite pro forma rents in more of an optimistic rosy scenario, whereas right now we’re seeing a little more reality. Even if you are pushing the debt yield to tight levels and increasing interest only and things like that, you’re now having to back it up with current market data, not just assuming that it’ll all work out and that they’re going to achieve rent just because it works in the pro forma.

People differ in terms of whether they say we’re where we need to be. On the CMBS side, I would say the underwriting standards are aggressive to win business, just given all the competition we were discussing previously, but there is some looking in the rear view mirror, and it wasn’t that far back or that long ago when we were having these widespread issues. So we’ve got more people pumping their brakes than they were before. That’s something to keep your eye on. The trend is certainly going toward more aggressive and not the other way.

We’re seeing more and more banks doing 10-year, fixed-rate loans, and that’s not traditionally a space they play in. And it’s not necessarily the safest allocation of assets and liabilities for a banking model. I’ve seen some banks that have been real cautious and some that have been really aggressive, but that’s widely varying, depending on the market. With CMBS, at the same time rates are really low, so they can compete pretty well amongst each other. Life insurance companies are doing a pretty good job. Certainly, they’re having to compete as well, but they’re not necessarily differentiating themselves through looser underwriting standards. They might be offering some interest-only loans and pushing leverage to a degree and they might also be pushing down spreads, but they’re not necessarily trying to compete with the agencies for CMBS for multifamily or other property types.

NREI: Which property sectors do you think have the best outlook?

Hagan Dick: That varies. We’re seeing a lot of Sunbelt markets outperforming some of the others. Obviously, the primary markets are doing well, but a lot of other markets like Atlanta, Nashville and Phoenix, and some of the other Sunbelt markets were hit harder during the downturn and they’ve been slower to recover. They haven’t built as much new supply, whether you’re talking about apartments, offices or whatever, so now demand is catching up and supply is slowly re-entering the market. The most popular asset  for some time has been multifamily, so markets like Washington, D.C. are widely considered overbuilt, which will hurt rents, etc. In a market like Atlanta and others, there are also concerns about overbuilding, but there are still strong fundamentals, and they’ve got a lot of reasons to be optimistic with demographics and the capital that’s focused on that sector.

On the industrial side, we’re seeing a lot of positives in the property sector as well, with the drive to e-commerce. I know that with a lot of markets across the South, there have been a lot of corporate relocation and new plants and distribution centers opening. We’re even seeing construction again on those bulk facilities to capture the demand that they see coming down the pipeline. I haven’t seen as much overbuilding there.

Office was obviously hit pretty hard in the downturn, especially suburban office, and we’re seeing CBD or general urban office property outperforming suburban because there’s a flight to quality, to move into walkable transit-oriented projects, which is certainly where capital is focused, whether it’s debt or equity.

Then again, with a lot of the markets we’re in, we’re seeing office pick up just because it’s been so hard to secure financing for any new projects. In some markets, you can see some speculative development. For instance, Nashville has one of the lowest vacancy rates for office—7.7 percent, I think. So for speculative office buildings in that market, when they’re built, they’re leased out pretty quickly. But that’s a smaller market, so we’re not seeing widespread speculative development. That could start to pick up as the market tightens, and we could finally see some rent growth within the office sector.

Across the South, there’s been a lot of relocations and announcements of new jobs and things like that. A lot of the population growth and job growth has been along the Sunbelt markets. But, generally speaking, there’s a preference for the urban core, that’s just kind of demographically where things are going. But we’ve also seen a lot of our clients being really extremely competitive to try to win those quality deals.

A contrarian view might be that with suburban office or other property types, the markets that were hit harder might be where you might be able to find some yield. Some borrowers going outside of primary and secondary markets and doing more tertiary locations just to get some additional yield knowing there’s less capital chasing those opportunities versus the generally perceived homerun deals.

Also, self-storage has been very attractive. There are very good fundamentals there. I think that’s a property type that might not have as much capital focused on it, but it’s certainly in a growth mode and at an attractive point in the cycle.