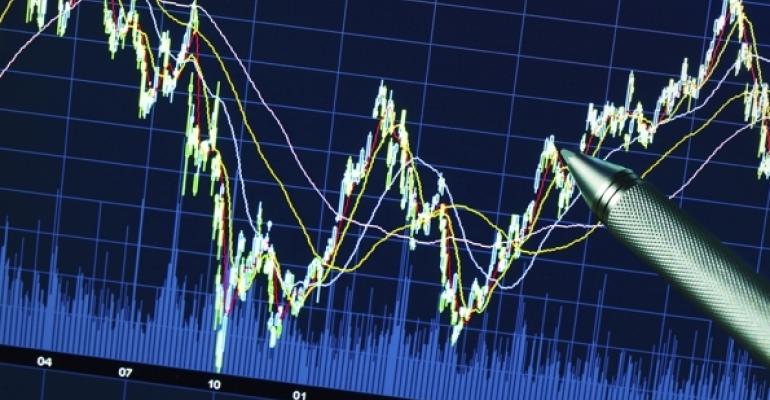 Portfolio deals, strong outlook for property performance contributed to a 17 percent increase in sales volume in the third quarter.

Investment sales volume in the U.S. continued to grow in the third quarter. And the expectation is that deal volume for 2018 will end higher than last year.

“It would be difficult to not surpass 2017 deal volume at this point,” says Jim Costello, senior vice president with research firm Real Capital Analytics (RCA).

Research firm CoStar Group found a 10.5 percent year-over-year increase in sales volume through the third quarter, with total volume coming in at around $468 billion. RCA tracked about $394 billion in sales during the same time.

“It looks like these real estate investment trusts and investment companies are starting to deploy their cash,” says Jack Mulcahy, financial analyst at CoStar, referring to the high levels of dry powder on the sidelines looking for acquisition opportunities.

The outlook for commercial real estate is also improving. The NAIOP CRE Sentiment Index went up 2.0 percent in September from March. The survey tracked positive expectations on the availability of debt and equity capital, as well as expectations that rents will rise over the following year. Institutional investors also plan to increase their allocations to real estate in 2019, according to a survey from Cornell University’s Baker Program in Real Estate and real estate advisory firm Hodes Weill & Associates.

The U.S., in the first half of the year, also saw more in-bound capital compared to the same period in 2017—$29.7 billion in the first half of 2018 compared to $23 billion the year prior, according to real estate services firm CBRE. “The U.S. continues to attract capital, really at a remarkable rate,” says CBRE’s global chief economist Richard Barkham.

Earlier this year, some industry experts felt that the level of deal activity had been falling short of expectations, thanks to rising interest rates and uncertainties related to the length of the real estate cycle. And deal volume slid in 2017 to roughly $488 billion from $511 billion in 2016, according to RCA.

“It makes these [bank] regulators nervous, because we have prices that are [at] record highs, we have some M&A activity and that was a feature of 2007,” Costello says. In the third quarter, RCA found that commercial real estate prices rose 7.2 percent year-over-year. Cap rates were flat-to-down in the third quarter, despite increases in the Federal Reserve’s funds rate.

However, these deals are different compared to those made a decade ago, as many of these company-level buys are moves to allow groups to build scale, Costello says. For example, he points out that Brookfield’s acquisition of GGP, after it already owned a third of the mall REIT’s stock, gave Brookfield access to more retail assets. Brookfield has already started to revitalize those.

CoStar and RCA also noted that deal volume in the retail sector was particularly strong in the third quarter.

Retail was the strongest sector for deal volume during the period, as volume shot up 90 percent year-over-year, according to RCA, likely a result of Brookfield’s acquisition of GGP. Still, the firm found that single-asset retail sales also picked up. However, RCA’s CPPI for retail grew just 1.8 percent year-over-year, the weakest growth for the third quarter among sectors.

According to CoStar, retail investment sales grew 26.8 percent year-over-year through the third quarter, the most among the six categories the firm tracks. The total dollar amount was $87.91 billion during this time frame.

Much of the third-quarter retail activity was seen in top-tier markets including New York City and Los Angeles, as well as properties that may be acquired for value-add plays, Mulcahy says.