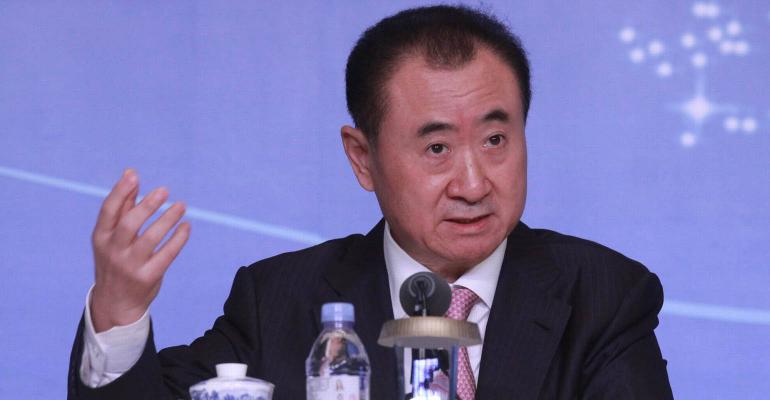 Wanda Is Said to Put Two U.S. Property Projects Up for Sale

Wanda is seeking buyers for a hotel, office and apartment complex in Chicago and a development in Beverly Hills, Calif.

(Bloomberg)—Chinese billionaire Wang Jianlin’s Dalian Wanda Group Co. has put its last two overseas property developments up for sale, according to people familiar with the matter, in the latest unwinding of a decade-long overseas buying spree that put it in the cross-hairs of Chinese regulators.

Wanda is seeking buyers for a hotel, office and apartment complex in Chicago and a development in Beverly Hills, California, said the people, who asked not to be identified because discussions are private. Wanda hasn’t made a final decision to sell the projects, and could opt to keep them, one of the people said. Wanda has estimated that its combined investment costs in the projects is $2.1 billion.

The sales would be the latest in a wave of real estate disposals by Wanda in recent months to raise money, amid rising Chinese government scrutiny of how it financed a decade-long overseas expansion into luxury real estate and entertainment assets. Wanda has agreed to sell its interests in real estate projects in London and Australia as it races to shed assets acquired during the spree.

Beijing-based Wanda declined to comment specifically on the U.S. projects, while pointing to a Monday filing saying that after the group’s disposal of the London project, the sale in Australia and “ if the commercial opportunity arises, the proposed disposal of the Group’s project in America, the company has no intention to terminate, downsize and dispose of its existing businesses in China.”

The $1.2 billion Beverly Hills site, a prime development parcel in one of the country’s wealthiest areas, faced hiccups in October when its local partner walked away from the project.

Wanda said it agreed to sell both its Australian projects for A$1.13 billion in cash and assumed debt to AWH Investment Group Pty, an affiliate of Huang Xiangmo’s Yuhu Group. The two developments comprise a five-star hotel and apartment complex on the Gold Coast, and a harbor-front luxury hotel, residential and retail project in Sydney. Wanda Hotel shares jumped as much as 52 percent on Tuesday.

Wang earlier this month said Wanda wouldn’t face any defaults and intended to pay off its foreign debt through all necessary means, including asset sales.