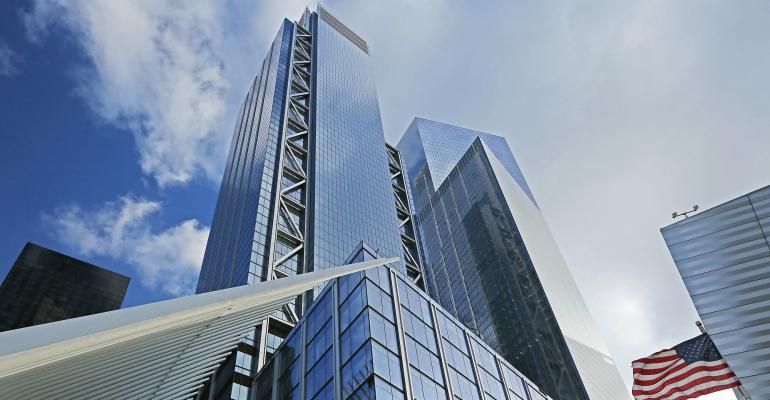 The New York City-based development firm launched a real estate lending venture in partnership with a sovereign wealth fund and a pension fund.

(Bloomberg)—Silverstein Properties Inc., the developer of prominent New York City buildings such as 3 World Trade Center, launched a real estate lending venture to profit from what it sees as a financing gap left by banks.

Silverstein Capital Partners will provide loans for the full gamut of projects, from office and industrial to residential and retail, the company said. Silverstein has partnered with a sovereign wealth fund and a pension fund that together will provide most of the capital for the venture, Chief Executive Officer Marty Burger said in an interview, declining to name them.

Burger wouldn’t say how much money the venture has to lend but said the partners have deep pockets and that there is no maximum loan. The minimum loan will be $25 million. The venture, which is prepared to start lending immediately, already has a pipeline of deals, he said, and he expects annual returns of 10 to 15 percent. This is Silverstein’s first foray into lending.

“There were a lot of banks that couldn’t handle the loans,” Burger said. “We’re a developer at heart, and we usually do very large projects, and we found that there was just a gap in the financing markets where there were large loans needed for complicated projects.”

The closely held, New York-based company, founded in 1957 by Chairman Larry Silverstein, has developed more than 40 million square feet (3.7 million square meters) of space in Manhattan and currently owns and manages about 15 million square feet. Its developments include the 80-story 3 World Trade Center, which opened in June, and the Four Seasons Hotel downtown. In July, Silverstein closed on a $1.2 billion purchase of ABC network property on the Upper West Side.

“New York is a very vibrant market. If it’s not in New York City, it’s in Brooklyn, or it’s Queens, and now we see stuff happening in the Bronx, Jersey City,” Burger said. “Some of the largest projects in the country are happening here.”

In the region’s latest notable development, Canada’s Oxford Properties Group is transforming a Manhattan freight terminal built in 1934 into a sleek 12-story office building -- with an investment of some $2 billion.

Silverstein chose Michael May, the co-founder and former chief operating officer of Cantor Commercial Real Estate Co., as president of the new venture. At Cantor, May managed a lending business that originated more than $30 billion of commercial real estate loans, Silverstein said.