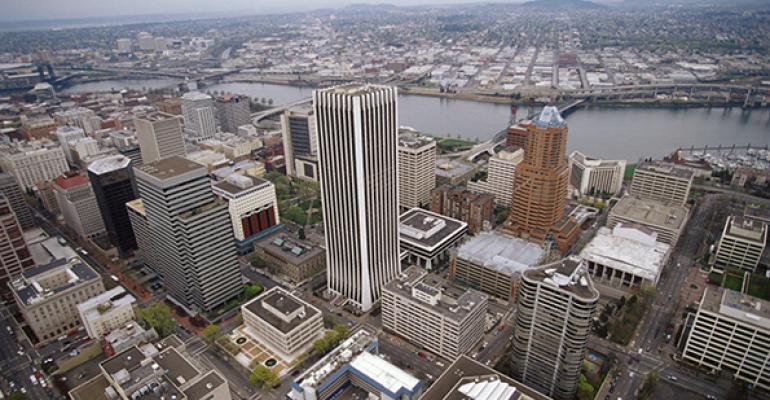 Portland has 2,100 new hotel rooms in the pipeline.

Think the hotel-building boom is done in Portland yet?

Even though Portland has added hundreds of new hotel rooms over the past few years, another 2,100 are in the pipeline, with the majority expected to arrive next year.

According to data supplied by Travel Portland, those rooms will come from seven new hotels either under construction or proposed. The former include:

Two other proposed projects include the 486-room Toyoko Hotel in downtown and the 200 rooms that could be a part of BPM Real Estate Group’s 35-story tower at Southwest Ninth Avenue and Alder Street. (Amsterdam’s CitizenM is also sizing up the parcel across from Powell’s Books on West Burnside for a possible 264-room hotel.)

If all that seems like a lot, it’s because it is. But Travel Portland’s Jeff Miller has said that the new supply is much-needed after years of relative dormancy during the Great Recession. The flood of new rooms should stanch rising room rates but also help meet increased demand from the tourists and businesspeople who’ve visited the Rose City in greater numbers.

According to Travel Portland, which shared the latest data from Dean Runyan Associates, visitation and spending in the Portland metro area rose in 2017. (2018 data will not be available until March.) The number of overnight “person trips” to the Portland area in 2017 hit 8.6 million, up 2.6 percent from 2016. Visitor air arrivals on domestic airlines jumped by just over 5 percent.

And though close-in hotel occupancy dropped about 1.7 percent in 2018 compared to 2017 — likely the result of new rooms being delivered — demand was up more than 6 percent, according to STR Global, a hotel market data firm. STR also noted that at the end of 2017, there were 47 hotels and 8,140 rooms in the central city, which includes downtown and the Lloyd District.

At the end of 2018, there were 52 hotels and 9,109 rooms — an upward trend (the above map marks the city's newest spots) that’s likely to continue through at least the next two years.