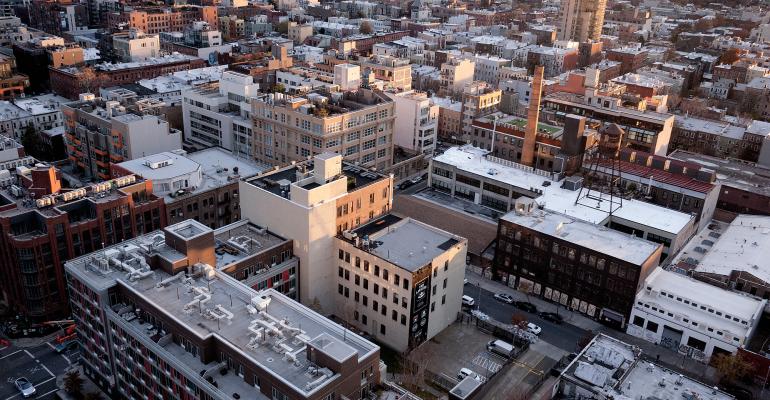 Second Brooklyn Hotel Files for Bankruptcy in Less Than a Week

The filing covers a planned 26-story hotel and residential tower across from the Peter Luger Steakhouse.

The Chapter 11 court filing covers a planned 26-story tower at 159 Broadway that includes apartments and a 235-room hotel across the street from the legendary Peter Luger Steakhouse. It was slated to open in the second half of 2021, according to media reports.

The owners, 159 Broadway Member LLC and WB Bridge Hotel LLC, listed assets and liabilities of $10 million to $50 million in a petition filed in Manhattan. 159 Broadway Member also listed the owner of the newly bankrupt Tillary Hotel in Brooklyn as an affiliate. The Tillary sought court protection from its creditors last week.

Construction had already started on 159 Broadway, which included plans for a restaurant, sky bar, pool and condominiums, according to Stonehill Taylor, which is providing interior design and architecture services.

Hotels and commercial real estate have come under pressure due to the coronavirus pandemic, which has all but halted travel to the city and caused New Yorkers to flee their apartments for the suburbs. Revenue per available room -- a gauge of price and occupancy for the hotel industry -- fell 57% in the U.S. for the week ending Dec. 12 from a year earlier, according to STR, a hospitality data website.