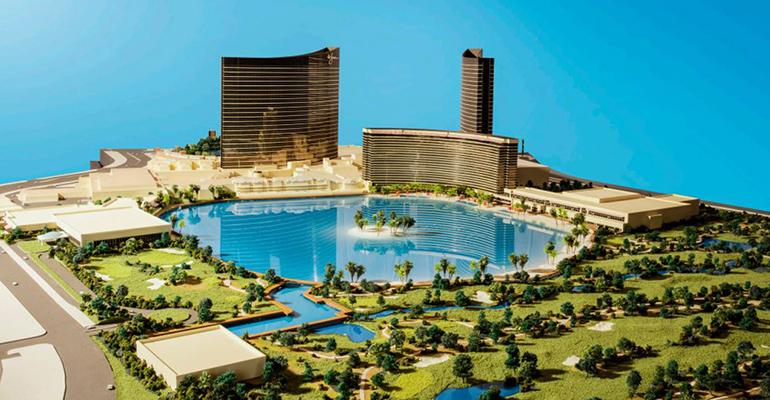 Paradise Park, as the project is called, will feature LED-lit bumper cars that make crashing sounds and are chased around an oval by fake police officers.

(Bloomberg)—Casino magnate Steve Wynn gave new details about the $1.6 billion resort he is building in Las Vegas, including interactive rides and attractions designed to wow non-gamblers.

Paradise Park, as the project is called, will feature LED-lit bumper cars that make crashing sounds and are chased around an oval by fake police officers. Participants who finish the course first will get prizes, Wynn said on an earnings call with investors Thursday.

Other attractions will include zip lines, fireworks and a carousel that stretches out over the man-made lake. Guests will be able to pay to ride in parades. The floats, which also will travel over water, will include giant spiders and King Kong.

“It’s not the Rose Bowl parade,” the 75-year-old billionaire said. “It’s a much edgier kind of thing.”

Non-gambling attractions are a big source of growth for Las Vegas. Wynn Resorts on Thursday posted its best third quarter ever in the city, thanks in part to shows, shopping and other outside-of-the-casino revenue sources, Wynn said.

Wynn first announced the new resort last year. It will be built on the site of a golf course the company owns. The course will close in December, with construction of Paradise Park slated to begin Jan. 3. The property, which is located between the Las Vegas and Sands convention centers, will feature a 1,500-room hotel with suites overlooking the lake. An opening date hasn’t been announced.

Responding to a question about the mass shooting in Las Vegas earlier this month, Wynn said his property has enhanced its security in recent years. Fifty-eight people were killed attending a concert sponsored by MGM Resorts International on Oct. 1.

Future options include security devices that can detect weapons without guests walking through metal detectors, he said.

Earlier, Wynn Resorts reported third-quarter sales and profit that beat analysts’ estimates on renewed gains in the Asian gambling enclave of Macau and growth in Las Vegas. Profit of of $1.52 a share, excluding some items, beat the $1.45-a-share average of analysts’ estimates.

The company’s stock slipped 0.4 percent to $144.75 in early New York trading. It rallied 68 percent this year through Thursday’s close.