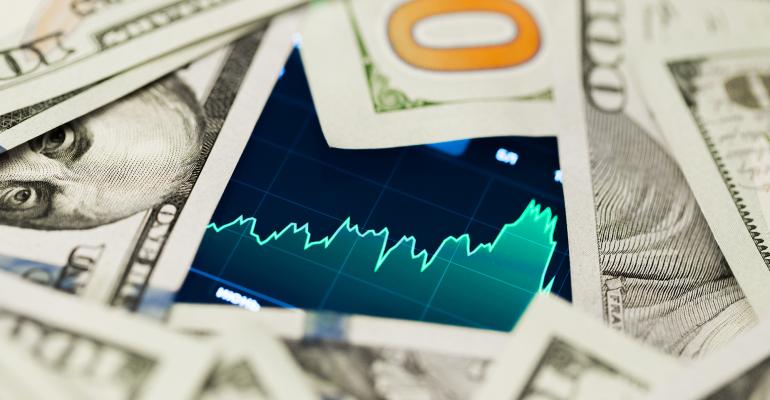 The financial industry has failed to embrace any potential replacements for the benchmark.

(Bloomberg Opinion)—The overseers of three-month dollar Libor are considering a stay of execution for the benchmark interest rate for trillions of dollars’ worth of securities that was scheduled to expire at the end of next year. It’s a welcome acknowledgment of the reality that the financial industry has failed to embrace any potential replacements for the suite of interest rates once dubbed the world’s most important numbers.

The London interbank offered rates dictate the pricing of everything from mortgages to corporate loans to derivatives contracts, across a range of maturities and currencies. But they’re flawed: The wholesale interbank lending market on which they were based dried up in the wake of the global financial crisis, while many of the banks responsible for setting their values have paid billions of dollars in fines for rigging the benchmarks in their own favor.

So market regulators have proposed alternatives, including the Secured Overnight Financing Rate in dollars and the Sterling Overnight Interbank Average Rate in U.K. markets. But adoption has been slow, particularly in the U.S. market. For example, in the week ended Nov. 20 almost $2.5 trillion of dollar interest-rate swaps tied to Libor were traded, compared with just $70.5 billion contracts that referenced SOFR, according to figures compiled by the International Swaps and Derivatives Association. So far this year, $96 trillion of Libor swaps outstrip the $1.8 trillion of SOFR trades.

What’s more worrying is the patchy preparations for Libor to be turned off. A Duff & Phelps survey published in September of more than 100 companies, including hedge funds, private equity firms and banks, showed that while two-thirds hadn’t completed planning for the change, one in five hadn’t even started the process of making the transition away from Libor. The pandemic may be more of an excuse than a reason for the lack of activity, but that doesn’t make the issue any less real.

The proposal by the ICE Benchmark Administration Ltd. would see three-month dollar Libor continuing until the middle of June 2023, along with its six- and 12-month flavors. That 18-month extension would mean the vast majority of existing contracts tied to Libor would have expired by the time the benchmark ceased to exist. There’d be no need to rewrite an untold number of agreements signed when Libor looked set to last.

That’s a sensible way to deal with the issue, given that market participants continue to question the usefulness of the replacements. For one thing, the new benchmarks are based on overnight borrowing costs, making it tricky (though not impossible) to calculate the matrix of longer-term tenors that the market relies on. Perhaps more importantly, the credit risk currently reflected in Libor is absent from the new values, leading to a complicated system of adjustments needed to compensate for discrepancies between the different benchmarks.

I argued in May that Libor should be reprieved. The overseers of Libor in other jurisdictions, notably the U.K., should reconsider their end-2021 deadline in light of the U.S. decision to think again (although ISDA’s figures suggest that the City of London has been more responsive to the Financial Conduct Authority’s urgings, with SONIA swaps this year worth more than $15.6 trillion outpacing the $12 trillion of sterling Libor interest-rate derivatives).

Market regulators may feel slightly embarrassed at having to backtrack. But allowing a longer period for the universe of legacy contracts to shrink while continuing to urge financial firms to stop writing new business tied to Libor is a smart strategy. It sure beats the potential disruption of forcing the market to switch before it’s ready.

To contact the author of this story: Mark Gilbert at [email protected].