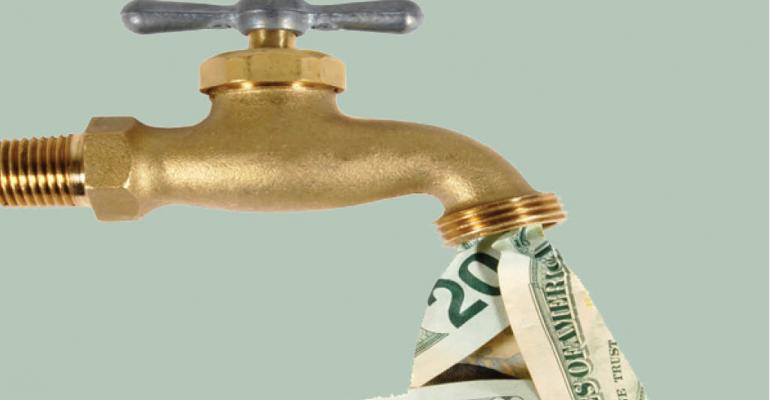 Such a move could trigger major disruptions for mortgage securities because investors wouldn’t have confidence of the government backstopping the market in a crisis, BlackRock said.

(Bloomberg)—One of the U.S.’s largest mortgage-bond investors says it would be a mistake for the federal government to relinquish control of Fannie Mae and Freddie Mac without first making major changes to the nation’s housing-finance system.

In a white paper released Friday, BlackRock Inc. cautioned against what’s known as recap and release, a proposal pushed by some hedge funds and advocacy groups that calls on the U.S. Treasury to quickly sell its shares in Fannie and Freddie after allowing the companies to build up capital. Such a move could trigger major disruptions for mortgage securities because investors wouldn’t have confidence of the government backstopping the market in a crisis, BlackRock said.

The paper broadly outlines principles BlackRock supports. The world’s largest money manager is the latest party to weigh in on the housing-finance system as Congress prepares for a renewed debate on whether and how to reform Fannie and Freddie, which underpin about half of the mortgage market.

The government took over the companies during the 2008 financial crisis, eventually providing $187.5 billion in bailout money. Fannie and Freddie have since become profitable and paid the Treasury more in dividends than they took, but policy makers have struggled to agree on a permanent solution on what to do with the companies.

In the past year, lenders, think tanks, former policy makers and others have issued proposals to change Fannie and Freddie or release them into the private market. The ideas run the gamut from turning them into shareholder-owned utilities to merging them into a single government-owned corporation. Investment firms that own Fannie and Freddie shares -- and are eager to get their hands on the companies’ profits -- have been among the most aggressive advocates of letting them preserve capital.

Rather than endorse a specific proposal, BlackRock said it’s agnostic on the structure of the new system, as long as it includes features it believes would protect mortgage investors. The investment firm said mortgage-backed securities should have an explicit government guarantee, and that private capital should stand in front of taxpayers in case of a downturn.

If an overhaul leads to the creation of a new kind of mortgage-backed security, BlackRock wants to make sure they are interchangeable with Fannie and Freddie’s current bonds. That would prevent legacy debt from getting isolated in its own, dying market.

The company also said severely limiting the government’s role in housing, as has been called for by some House Republicans, would harm the housing market.

“It’s important to acknowledge that we’re in a very different place than we were in September 2008, both in terms of the state of the housing market and in terms of the financial condition of the GSEs themselves,” said BlackRock managing director Kevin Chavers, citing changes made to the companies by their regulator in the past nine years. “Is there still more to do? Yes, there’s still more to do, but you’re part of the way there.”

BlackRock and its customers have a huge financial stake in the outcome of a Fannie and Freddie overhaul. The firm says it has more than $1.6 trillion under management in fixed-income funds, which include funds that invest in mortgage bonds.

The Senate Banking Committee plans to hold a hearing on housing finance next week. Craig Phillips, a former BlackRock executive, is now a counselor for Treasury Secretary Steven Mnuchin and has met with authors of several overhaul proposals.

John Taylor, president of the National Community Reinvestment Coalition, said he felt the BlackRock paper and other reform proposals have morphed into a debate between different segments of Wall Street rather than about the borrowers the companies were created to serve.

“The original purpose of the GSEs was to help working-class people move up the economic ladder,” said Taylor, who is among those who have advocated for Fannie and Freddie to be recapitalized and released. “There’s nothing in there for working-class Americans and how the market’s going to serve them.”