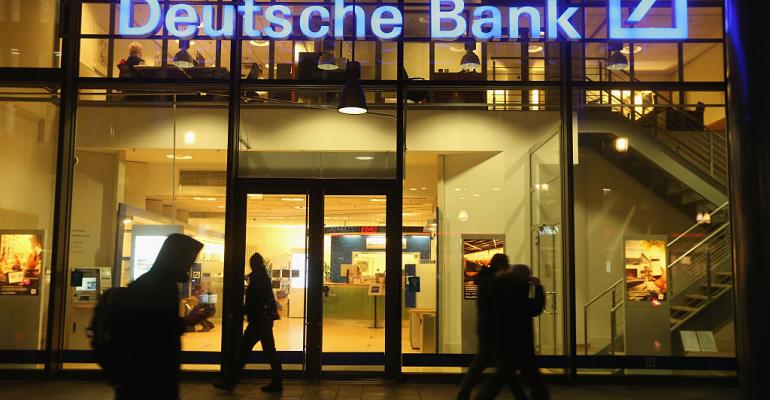 Deutsche Bank Said to Deny Loan to Trump Organization in 2016

(Bloomberg)—Deutsche Bank AG denied a request for a loan by the Trump Organization in the midst of Donald Trump’s presidential campaign, in part because the German lender was worried about potential reputational issues, according to a person familiar with the matter.

The request in early 2016 was escalated to several committees responsible for vetting credit applications and was ultimately rejected by the group reputational risk committee, which at the time included Christian Sewing, now Deutsche Bank’s chief executive officer. One concern was that it would be difficult to collect debt from Trump if he won the presidential election, the person said.

The Trump Organization was seeking to borrow against its Miami resort to pay for work on a golf property in Turnberry, Scotland, according to the New York Times, which reported on the request earlier. While the German lender’s investment banking arm had severed ties with Trump during the financial crisis, he was still doing business with Deutsche Bank’s private banking unit, through which the request in 2016 was made, the newspaper said.

“This story is absolutely false,” said Amanda Miller, a spokeswoman for the Trump Organization. “We bought Trump Turnberry without any financing and put tens of millions of dollars of our own money into the renovation which began in 2014. At no time was any money needed to finance the purchase or the refurbishment of Trump Turnberry.”

The business relationship between Germany’s largest lender and the U.S. president has come under heightened scrutiny since Democrats took control of the House of Representatives, putting two leading party members -- Maxine Waters and Adam Schiff -- at the top of two powerful committees.

After Trump won the election, Deutsche Bank also tried the get rid of a $600 million loan it had made to Russia’s VTB Group, said the person. It ended up selling half of the amount and the other half was repaid in 2017.

The lender at the time was concerned about its financial contacts with Russia amid accusations by U.S. intelligence officials that the country had interfered in the elections, according to the Wall Street Journal, which first reported on the VTB loan. Congressional investigators expect the House Financial Services Committee, headed by Waters, to examine the bank’s efforts to sell the loan, the paper said.

The House committees have been in touch with Deutsche Bank and the lender has started sharing information with them, the person said.

“The House Financial Services and Intelligence Committees are engaged in productive discussions with Deutsche Bank, and look forward to continued cooperation,” Waters and Schiff have said in a statement.