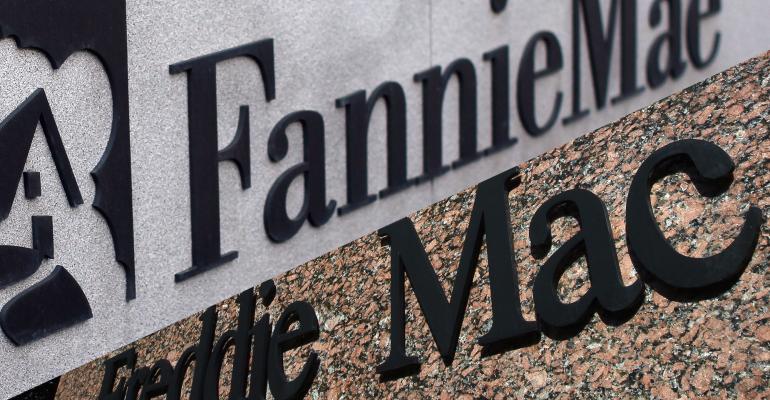 The Senate Banking Committee will hold two days of hearing on ending Fannie and Freddie conservatorship.

Congress this week kicks off its latest attempt to forge a path forward for the mortgage giants, something that’s proved extremely elusive in the 11 years that the companies have been under U.S. control. Starting Tuesday, Senate Banking Committee Chairman Mike Crapo will hold two days of hearings on his plan for returning Fannie and Freddie to private ownership and giving the government an explicit role in backstopping the housing market.

The stars seemed to be aligned for progress, with Republicans, Democrats and President Donald Trump’s administration all saying it’s a priority. Plus, everyone agrees few issues are as important to the nation’s economic health as housing finance, where Fannie and Freddie are dominant players backing about $5 trillion of loans.

Still, every effort since the 2008 financial crisis has been scuttled by political disagreements. And the $187.5 billion that the U.S. injected into Fannie and Freddie to get them through the financial crisis remains a sore subject in Washington, even though that tally has been exceeded by dividends paid to the Treasury since the companies returned to profitability.

Key points of conflict include whether Fannie and Freddie should continue their historical roles in supporting affordable housing and how to free the companies while minimizing risk to taxpayers. In addition, lawmakers need to determine whether the hedge funds that invested in the companies should be allowed to collect the windfall on their Fannie-Freddie investments that they believe they’re owed. The funds have also sued over bailout terms requiring that Fannie and Freddie profits be turned over to the government.

Witnesses at Crapo’s hearings, which conclude Wednesday, include representatives from the mortgage industry, economists and affordable-housing advocates. Here’s what to watch for:

Fannie and Freddie play a crucial role in the housing-finance system by buying mortgages from lenders, packaging the loans into bonds and then selling the securities to investors.

Crapo wants Ginnie Mae, a government-owned mortgage guarantor, to backstop principal and interest payments on securities that Fannie and Freddie issue. The Idaho Republican, who hasn’t yet turned his plan into legislation, also wants to create competition for Fannie and Freddie, stipulating in his outline that they should face limits on their market share.

A strong indication of whether his proposal has legs will be if any Democrats express support for it. Major bills typically need bipartisan support because they require 60 votes to get through the 100-member Senate. While some Democrats have said they’re eager to overhaul Fannie and Freddie, that doesn’t mean they will vote for a Republican plan. And even if it does pass the Senate, a bill would need approval by the Democrat-controlled House to have any chance of becoming law.

“This hearing has the feel of a rehearsal dinner where the attendees offer optimistic toasts, even though it is clear the marriage is doomed,” Isaac Boltansky, an analyst at Compass Point, wrote in a March 20 note.

Crapo wants to replace Fannie and Freddie’s affordable housing goals with a fund that would be used to finance grants and loans in underserved and low-income communities. The fund would be paid for by charging an assessment on annual loan volume.

Senator Elizabeth Warren and other liberal firebrands will probably argue that Crapo’s plan falls short, particularly if witnesses from groups such as the Center For Responsible Lending and the NAACP criticize his proposal at this week’s hearings.

Lawmakers probably will want to get witnesses’ views on what the Trump administration might do if Congress fails again.

Some Treasury Department officials have privately signaled that they are fed up with lawmakers’ dithering, people familiar with the matter have said. But the White House has said publicly that it intends to work with Congress in formulating a proposal, indicating the administration won’t act unilaterally in ending Fannie and Freddie’s conservatorships.

A key player in the debate will be Mark Calabria. President Donald Trump has nominated the libertarian economist to lead the Federal Housing Finance Agency, Fannie and Freddie’s regulator. Calabria is awaiting Senate confirmation.

Some analysts expect Calabria will pursue smallish changes as he and the administration wait for Congress to do something bigger. For instance, he might let Fannie and Freddie build up their capital buffers to protect against losses and move to end what’s known as the net worth sweep -- a policy implemented by the Obama administration that requires the companies to send nearly all their profits to the Treasury.

In a March 18 research note, analysts from Beacon Policy Advisors predicted that Calabria will try to “de-risk” Fannie and Freddie and allow them “to retain some degree of additional capital.”

“We do not in any way believe that Calabria will be willing to sign off on any release of the enterprises absent comprehensive legislation from Congress,” the analysts wrote.